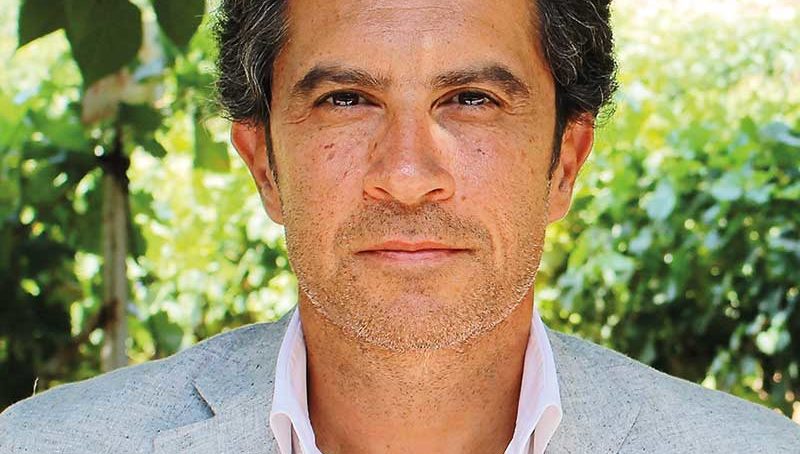 In an interview with Château Ksara’s General Manager, Dikran Ghazal, discussed what was achieved in 2018, what the latest challenges are and what exciting happenings he expects for 2019

“The first good news is that the local wine sector in Lebanon continued to gain great awareness and appreciation in 2018 amongst Lebanese wine lovers searching for a unique experience and ready to discover new types of wines,” Ghazal said during an interview he gave to Hospitality News recently. “The second news is that 2018 ended on a good note despite the difficult economic context in Lebanon. This is due to the on-going determination of the entire Ksara distribution and marketing teams and the support of the company’s trade partners in the market who have channeled great efforts into sustaining the hospitality industry. We had positive performances in the export markets, a good indicator that Ksara’s portfolio is well appreciated amongst the Lebanese diaspora and the non-ethnic markets,’’ he noted. Ghazal added that with the enotourism growing steadily in Lebanon over the years, Château Ksara’s strategy has driven even more traffic to its scenic headquarters nestled in the Bekaa valley.

Notable milestone
“In 2017 and for the second consecutive year, Château Ksara was ranked the 3rd most visited site by the Lebanese Ministry of Tourism,” he said. “More than 80,000 individuals visited Ksara’s unique 2-kilometer Roman caves and that number rose to 100,000 in 2018.”

Ghazal told Hospitality News that on the back of this promising annual, double digit growth, “Château Ksara management continues to enjoy the support and commitment of its visionary Chairman, Zafer Chaoui who consistently recognizes the importance of evolving the visitors’ experience of our unique 2-kilometer caves and by offering different wine tasting experiences with additional new options set to be announced early in 2019.”

As a leading winery, Château Ksara, achieved a new notable milestone in July 2018 with the launch of its most-recent premium rosé, ‘Nuance’. An exciting addition to the producer’s extensive and diverse catalog, Nuance captures the pure essence of a rosé wine while inviting contemporary wine-lovers to experience an elegant and new creation that speaks the language of a carefree summer. Ghazal described Nuance as, “A nod to Ksara’s clear-cut determination to continuously offer innovative creations that meet the needs of loyal customers and potential prospects.”

In catering to a diverse audience, Ksara is highly aware of the need to provide novelty. Asked how the company manages to maintain its edge in this area, Ghazal explained that, “The winery invested a significant amount of time and money into researching and understanding different market segments based on lifestyles, tastes, age and income in order to accurately develop and market its products. We had positive performances in the export markets thanks to the efforts of our export team, demonstrating that Ksara’s portfolio’ is highly-appreciated by the Lebanese diaspora and the international audience. Another key factor that has supported the brand’s vision, is the company’s ability to customize the products to meet the needs of individual markets and to cater to all tastes,” he added. Château Ksara will continue to tailor its product line to meet the needs of the younger wine lovers through innovation.”

New wines in the export market
Driven by international demand and the growing popularity among wine lovers and sommeliers of rare and unusual indigenous varieties, Château Ksara also introduced in the summer of 2018 a historic and rare white wine ‘Merwah’ varietal by digging into Lebanon’s winemaking heritage.

Ghazal explained that Merwah has been produced in a limited quantity, heightening the desire for that wine amongst wine experts and people in search of rare wines. Commenting he said, “Merwah white wine is destined for export to key markets such as the UK, New York, Germany and many other key cities further cementing our track record of innovation and vision,’’ he said.

Ghazal noted that as an ancient native white grape, Merwah enjoys a profound expression thanks to Lebanon’s formidable terroir. “It is a grape, which the Jesuits, who founded Château Ksara in the mid-18th century, would have been familiar with when they pioneered viniculture in the Bekaa Valley back then,” he told Hospitality News.

What lies ahead
Asked to share his thoughts on what is to come in 2019 Ghazal commented, “This year is going to be a challenging year but it is important to remain positive and to continue believing in our plans and our trade partners. Innovation, creativity and consistency are three winning ingredients that will help Château Ksara to continuously exceed consumers’ expectations through the quality of its wines, the 162 years of heritage and expertise and key engagement platforms.”

On another positive note, Ghazal pointed out that the 2018 harvest season was among the longest, delivering one of the best yields in terms of grape quality and Château Ksara expects this year to produce ‘great millesime’ (vintage). In conclusion, Ghazal said, “We should be proud of drinking Lebanese wines and never underestimate their quality. We have great soil and sun all-year round, as well as great local expertise to be proud of. Cheers to a great and prosperous new year.

“The winery invested a significant amount of time and money into researching and understanding different market segments based on lifestyles, tastes, age and income”