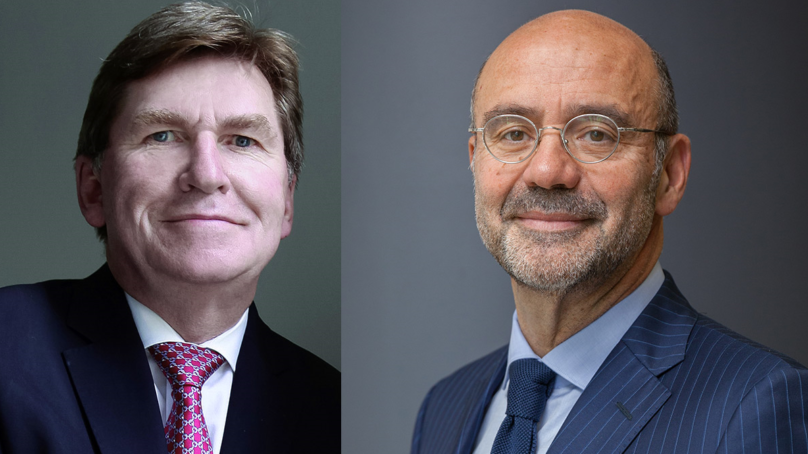 Sébastien Bazin, Chairman and CEO of AccorHotels, said, “The appointments of Chris Cahill and Jean-Jacques Morin as Group Deputy CEOs alongside Deputy CEO Sven Boinet are intended to further improve our operational efficiency and the quality of delivery of the Group’s strategy. Following the disposal of the majority of our real estate assets, our organization now mirrors the challenges of an asset-light model serving the Group’s customers and partners and our drive to continue the roll-out of the Group’s growth drivers.”
The composition of the Group’s Executive Committee and Shadow Comex remains unchanged.

Chris J. Cahill, a Canadian, holds two Bachelor’s Degrees, in Education and Political Science, from the University of Ottawa, and an MBA from the University of Toronto.
Prior to joining AccorHotels, Chris worked as Executive Vice-President Global Operations for Las Vegas Sands Corp, a publicly traded casino operator with activities in the US, China and Singapore. Previously, from 1993 to 2012, Chris served in various capacities at Fairmont Raffles Hotels International (FRHI) and its predecessor companies, including as President and Chief Operating Officer responsible for the operational performance of all brands worldwide.
He joined AccorHotels’ Executive Committee in July 2016 as CEO Luxury Brands when the Group finalized the acquisition of FRHI. Chris also serves as Chairman of the Board of Directors of Temple Hotels Inc. and sits on the Board of Directors of Morguard Corporation.

Jean-Jacques Morin holds an engineering Degree from the École Nationale Supérieure de l’Aéronautique et de l’Espace, a CPA (Certified Public Accountant) and an MBA from the Arizona State University.
He began his career at Deloitte, where he spent 5 years conducting audits and consulting assignments in Paris then Montreal. He then spent 13 years in the international high-tech sector, first with Motorola and then with ON Semiconductor in the US, where he worked on the company’s NASDAQ listing. He went on to work as CFO for Communicant AG in Berlin. He joined Alstom in 2005 and notably served as CFO for the Power Service sector, and subsequently the Transport sector, before his promotion as Group CFO. He was appointed to the AccorHotels Executive Committee as Chief Financial Officer in 2015. He also sits on the Board of Directors of Vallourec Group where he chairs the Audit Committee.