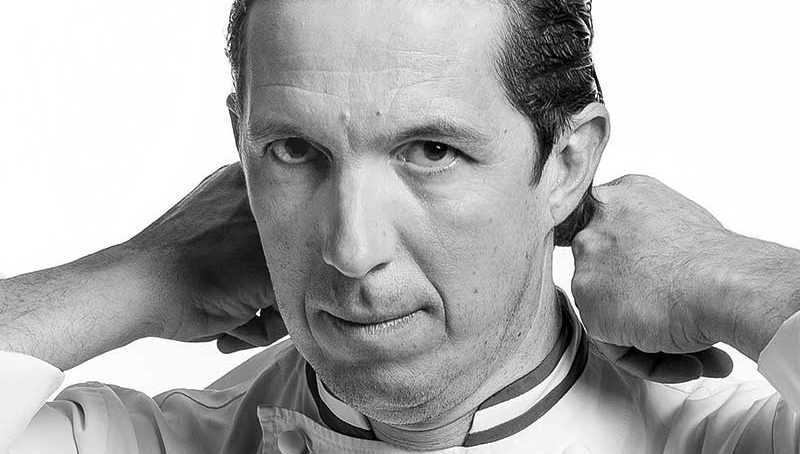 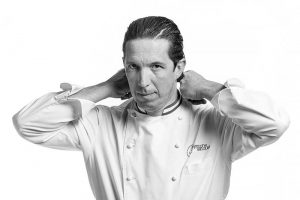 Restaurant Christophe Bacquié was one of two restaurants to receive its third star for the first time in the Michelin Guide France 2018. Housed in Hotel du Castellet in the picturesque Var region, Christophe Bacquié’s eponymous restaurant is famous for its Mediterranean-influenced dishes that shine a spotlight on seasonal produce and seafood. Chef Bacquié spoke to HN about what his coveted stars mean to him and his experience in the Middle East

1. Restaurant Christophe Bacquié was awarded three stars in the Michelin Guide last year. What effect did this latest achievement have on you and has it led to changes in your kitchen or restaurant?
This announcement was a source of great pride for me and my team! The biggest change has been our number of covers, which has already more than doubled. The clientele has become much more international, but we have not changed anything in our kitchen, which continues to evolve.

2. Your restaurant is known for dishes that have a strong Mediterranean influence. Have you ever incorporated Middle Eastern flavors into your kitchen?
I use cumin with a chickpea, coriander and candied lemon salad. Another dish with influences from the Middle East is grilled mackerel with smoked aubergine caviar- the same as I had seen on one of my first trips to Lebanon. Middle Eastern cuisine is rich in flavors. It belongs to a very interesting family; one based on sharing.

3. You have been appointed Honorary President of the Bocuse d’Or and Guest of Honor at HORECA Lebanon this year. How would you describe your Bocuse d’Or experience and how will you approach your role at HORECA?
The experience of the Bocuse d’Or is an exciting one. The work that is done by the teams and the countries is remarkable, with total commitment to the event. I viewed this appointment and offer to partake in this contest, which resonates with us all for several years, as a great honor.
This year was different, since it was, unfortunately, the first edition without Mr. Paul Bocuse. Last year, Mr. Robuchon also left us; he was the last Honorary President, so you can imagine the weight and emotion that I felt. It is also a great honor for me to be the President of HORECA. I will try to be as present as possible, to transmit to the public and the professionals the values that I live by every day.

4. What are your views on Lebanon and your expectations ahead of this forthcoming visit?
I’ve been to Beirut twice before and found it to be a fascinating city; its people are kind and there’s a sense of ‘welcomeness’ and sharing. I cannot wait to see this city again, to taste and discover new products and share the conviviality that comes with having a meal.

5. The Lebanese chefs are strongly influenced by French gastronomy and even have a ‘Le Cordon Bleu’ campus in the city. What advice would you give our future leaders?
The French gastronomy still influences many cooks around the world. The Cordon Bleu itself is a highly-renowned school where top-level courses are given. My advice would be: cook with love and passion, while highlighting the products of your country and your identity in your dishes.