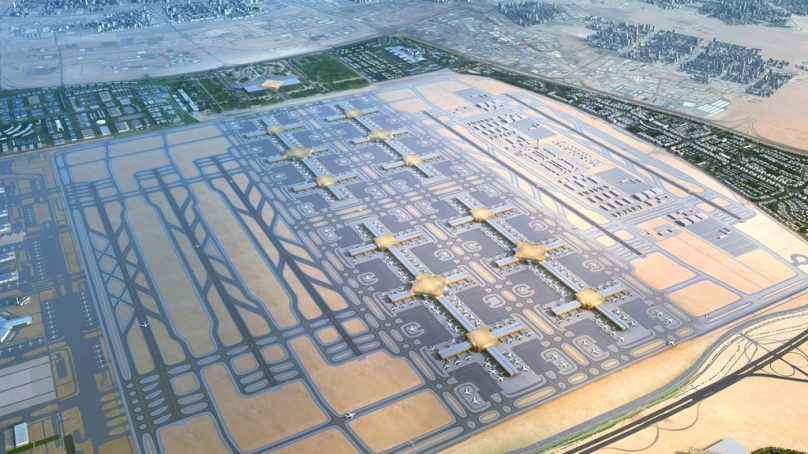 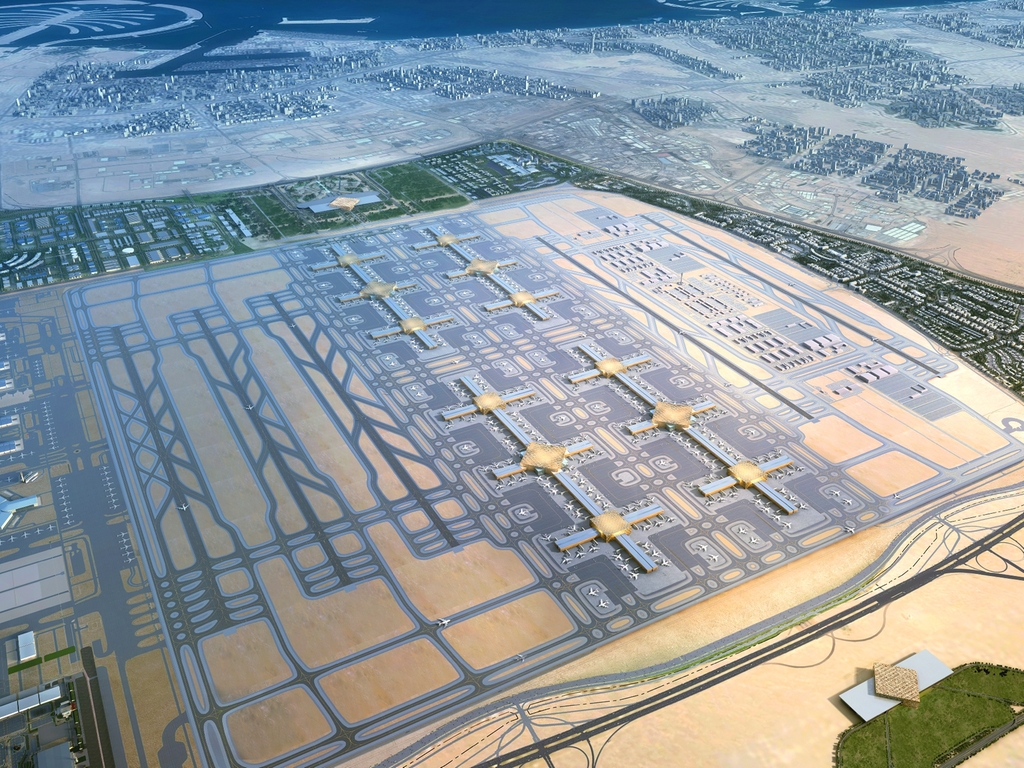 According to Bloomberg.com, work on Dubai’s Al Maktoum airport, designed to be one of the world’s biggest with an annual capacity of more than 250 million passengers, is on hold as Gulf Arab economies falter, people familiar with the matter said. Construction activity has been halted and finances for expansion frozen until further notice, according to the people, who asked not to be named due to the sensitivity of the topic.

The completion date for the first phase of the airport, envisaged as a $36 billion super-hub allowing locally based airline Emirates to consolidate its position as the world’s No. 1 long-haul carrier, had already been pushed back five years to 2030 in October.
In a statement to Bloomberg, Dubai Airports said it’s reviewing the long-term master plan and that “exact timelines and details of next steps are not as yet finalized.” It said it aims to ensure development takes full advantage of emerging technologies, responds to consumer trends and preferences, and optimizes investment.
Dubai’s economy grew at the slowest pace since 2010 last year as the Gulf’s chief commercial center grappled with fallout from geopolitical tensions and a low oil price. Tourism has been stagnant since 2017, while Emirates remains based at the original Dubai International hub as it mulls how best to develop its strategy of carrying passengers between all corners of the globe. The company is finding it tougher to add profitable new routes, and its reworking its fleet plans with the cancellation of the Airbus SE A380 super-jumbo.

The newer airport, also known as Dubai World Central, opened in 2013 but serves only 11 passenger airlines, according to its website. While annual capacity increased five-fold to 26.5 million last year following work on the passenger terminal, the number of actual customers was just 900,000.

Capacity was due to increase to 130 million passengers on completion of the first phase of expansion, according to the October update. The design ultimately calls for the hub to handle 260 million, based on prior statements, more than twice the customer total at the world’s busiest airports today.

IHG is hosting a career day to establish their voco Makkah, the largest in the world