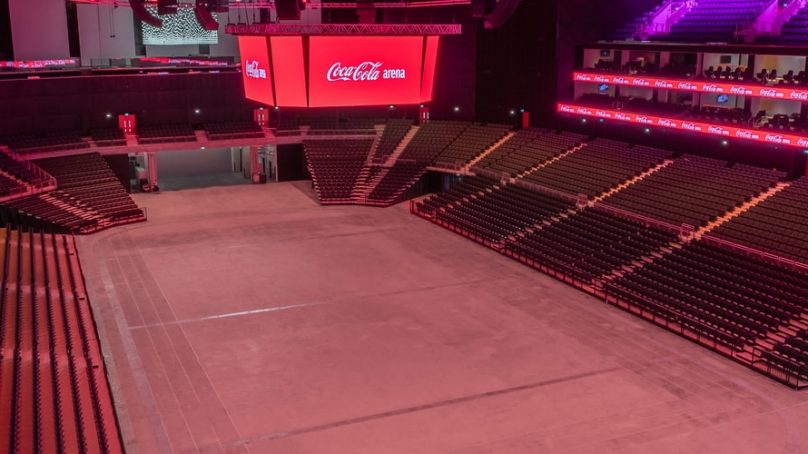 Meraas, a diversified Dubai-based holding company has signed a 10-year agreement with The Coca-Cola Company for the exclusive naming rights for Dubai’s first and biggest indoor, multipurpose arena. Upon completion, the 17,000-capacity arena will be known as the Coca-Cola Arena.

Located at Meraas’ popular urban retail and residential destination City Walk in Dubai, the arena will open to the public in June this year.

Owned by Meraas, the Coca-Cola Arena will have the ability to host large scale live events 365 days a year. The arena will bolster Dubai’s status as a year-round global tourist destination.

Construction work on the indoor arena was announced in 2016. It has been moving ahead with several key targets already achieved. The building’s active-lit façade has been completed and fully installed. 42 hospitality and corporate suites are currently receiving their final touches.

Meraas Group Chairman His Excellency Abdulla Al Habbai, said: “We are proud to have a company of such worldwide renown as Coca-Cola taking on the naming rights for the arena in the long-term. It is a testament to the unrivalled positioning of Dubai as a global tourism, leisure and entertainment hub.

“This agreement with The Coca-Cola Company is also a clear demonstration that Meraas’ continued efforts to transform the urban landscape of Dubai and move with the emirate into the future as a modern, creative, culturally and economically diverse place to live, work and play are coming to fruition.”

He added: “Given all the strong fundamentals now in place, the Coca-Cola Arena will undoubtedly attract world-class acts and performers from around the world to its stunning stage.”

Murat Ozgel, general manager of Coca-Cola Middle East and deputy president of Coca-Cola Middle East and North Africa, added: “We are proud to be a part of this highly anticipated entertainment destination which demonstrates our commitment to the region. The Cola-Cola Arena will build on Dubai’s thriving entertainment industry, positively contributing to the city’s ambitions to become a world-leading metropolis. The arena will create another iconic landmark in the city attracting visitors from across the world.

The multipurpose Coca-Cola Arena will be a fully air-conditioned indoor arena. It is also the biggest multipurpose arena of its kind between Istanbul and Singapore.

As such, it is positioned to host the most diverse productions. Major touring international artists, sporting events, comedy gigs, exhibitions and conferences can all be accommodated.

Day-to-day operations for the venue will be handled by AEG Ogden. It also operates London’s O2 Arena and STAPLES Centre in Los Angeles, among others.