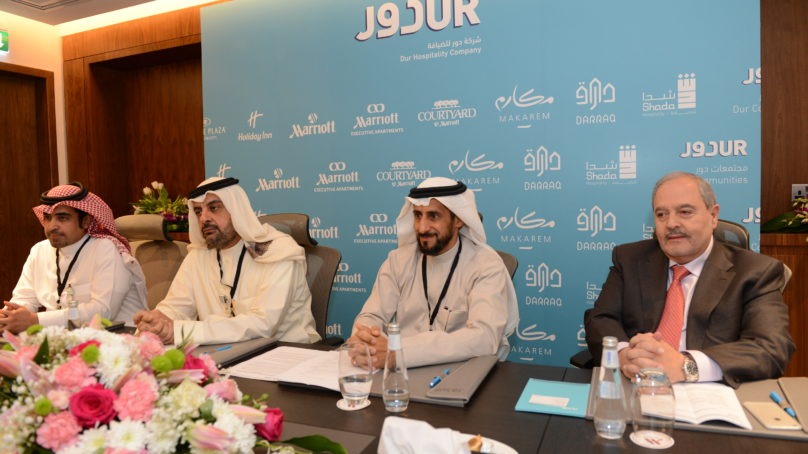 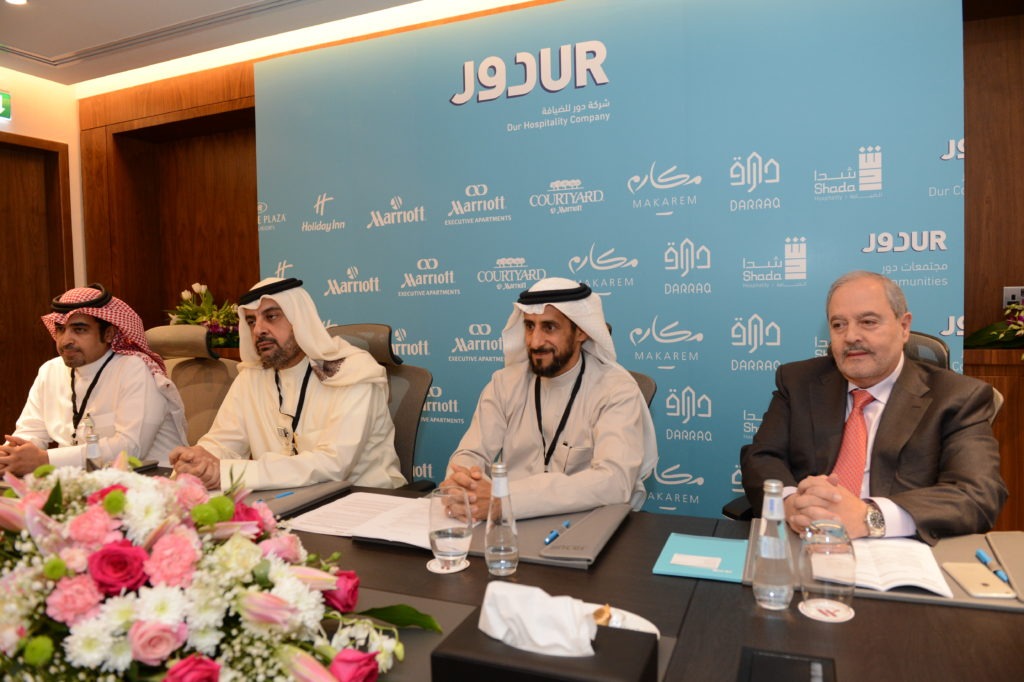 The Company revealed its ambitious strategy for future growth at a press conference staged during the second edition of the Saudi Arabia Hotel Investment Conference (SHIC) hosted at its new property, Marriott Riyadh Diplomatic Quarter.

The Kingdom confirmed a 7% increase in spending, close to SAR 1.106 trillion, to boost private sector growth and create investment opportunities across multiple industries, especially for the hospitality sector. The 300-plus hotel investors, owners, developers and operators in attendance gained valuable insight into Dur Hospitality’s success story spanning more than four decades, with the company’s leaders and top executives outlining its 2018 achievements and revealing its plans for 2019 and beyond.

Dur Hospitality currently has nine projects under construction, four of which will be completed and operational this year. This includes the development of Holiday Inn Jubail and Hotel Suites, the expansion of Riyadh Airport Marriott Hotel, the development of hotel apartments and expansion of the ballroom of the Holiday Inn Tabuk Hotel and the launch of a Marriott Hotel in the Diplomatic Quarter, Riyadh.

The company also outlined recent achievements in partnership with Marriott and IHG, including: the opening of the Marriott Riyadh Diplomatic Quarter in time for SHIC; the rebranding of Riyadh Palace into Crowne Plaza Riyadh Palace Hotel in May 2018, which is now undergoing a major refurbishment; and the full renovation and rebranding of Riyadh Airport Hotel into Marriott Airport Hotel.

“All of these business successes are testament to Dur Hospitality’s 42 years of unrivalled market expertise and experience, which has seen it identifying opportunities to develop new hospitality concepts such as Makarem Hotels and forge strong partnerships with Marriott and IHG to open properties in high-growth markets where branded properties are in strong demand,” explained Dr. Badr Al Badr, CEO of Dur Hospitality. In 2018, we made significant in-roads into developing our portfolio of properties, in line with our commitment to Vision 2030, providing the hospitality concepts required to meet the project demand in religious and non-religious tourism, which constitutes the blueprint for the socio-economic transformation it will generate,” he concluded.

Hassan Ahdab, President of Hotel Operations, Dur Hospitality, revealed that this marks another milestone in Dur’s plan to develop 10 new projects over the next five years and to grow Makarem’s pipeline to 10,000 keys by 2028.”

It is worth mentioning that the company currently operates more than 20 properties and 3,047 rooms, with assets under management worth more than SAR2.6 billion. Additionally, it has 22 projects at different stages in the pipeline, most of which are scheduled for delivery between 2019-2020, thus doubling the value of the company’s portfolio value to SAR 2.4 billion.

STR: Negative hotel performance in the Middle East in 2018