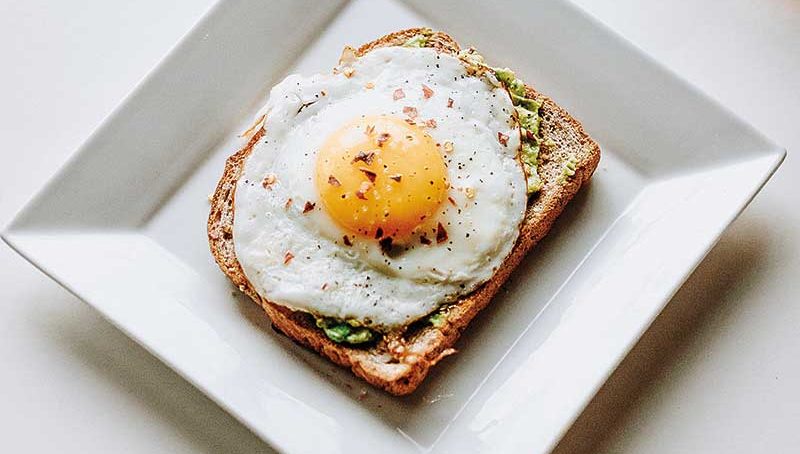 The notion of ‘ethical food’ can be simplified into four pillars, namely the impact it has on: the environment; our bodies; animals; and working conditions. Daniel During, principal and management director of Thomas Klein International, breaks down the notion of consumption with a conscience

Somewhere down the line, humans stopped thinking of animals as creatures that possess emotions, thoughts and habits. The mass production industry has disregarded the emotional and social needs of farmed animals, as they now serve a singular monetary purpose. “An animal raised for food is being used by others rather than being respected for itself” – (BBC Ethics, 1994).

With products such as milk and eggs so easily and conveniently obtainable at our local supermarkets, consumers fail to acknowledge that at the end of the day, it is a byproduct of these animals that have been confined to inhumane conditions.

Egg-laying hens are known to have distinctive behavior urges to scout their environment and build their territory. They require space, time and freedom to be able to settle in their surroundings with other hens and lay eggs. To maximize profits, these needs are disregarded, and farmed hens are forced into small cages unable to even move or fulfil these basic needs, manipulated with lights to speed up the egg-laying cycle.

Research on the long-term effects of early separation of milk producing calves from their mothers has been conducted, concluding that, “Calves that had constant contact with their mothers were generally more active during isolation, moving around and exploring their surroundings and had lower stress reactivity” – (Science Daily, 2015). The long-term effect of maternal deprivation is something that is evident in both humans and animals; however, we as the consumer turn a blind eye to the maltreatment, justifying it as a means to an end.“Just as the Atlantic slave trade in the 15th- 19th century did not stem from hatred towards Africans, so the modern animal industry is not motivated by animosity. Again, it is fueled by indifference” – (Harari, 2011).

We have become accustomed to the luxury of being able to buy our eggs, milk and meats in our local supermarkets. Today’s consumers demand this level of convenience. The availability of organic, free-range and fair-trade products is increasingly present within the market, however not predominantly purchased, due to the usually higher price tags that they come with.We also have to question their sources and authenticity.

If this element of convenience was eliminated and everyone was forced to kill what they would eat, would the world have as many meat-eaters? If ‘ethical eating’ is based on the moral consequences of our food choices, would the reality of killing an animal for personal satisfaction be off-putting?

Ethical eating goes beyond meat
With an estimated 7 to 14 percent of the world’s population opting not to consume meat (The Economist, 2018), whether due to ethical or religious reasons, we are experiencing a surge in vegetarian and vegan alternatives and concepts. This trend calls for a distinction to be made between veganism and ethical veganism.

The vegan aspect within ethical eating doesn’t only involve cutting out the consumption of animal products, but extends to making sure that all food adheres to an ethical ‘code of conduct’. No matter what diet or lifestyle choice people want to follow, a change of mindset is needed that involves moving away from prioritizing what you can’t eat and instead, focusing on the ethical integrity of what you can eat.

As ethical consumers living in a country where the majority of what we eat is imported from around the world, it is our responsibility to open our eyes to the integrity of the source of what we are buying. Consumers have misconceptions about foods which are deemed healthy and ‘ethically correct’, a concept that is largely driven by what we see on the internet. Humankind has become increasingly susceptible to these health-driven trends and fads in an era dominated by social media. Despite this, we need to be able to decipher which path we can follow with a clear conscience.

For instance, we can dive into avocado toast, a social media sensation known for its ‘instagrammability’. Many consumers do not know that due to its worldwide popularity, avocado farming has now become a source of environmental ruin. To keep up with demand, avocado plantations require the intense use of pesticides, which contaminate local water supplies and utilize gallons of irrigation water, putting pressure on local water reserves. The industry has also gained some unfavorable attention, with news that local farmers in certain Latin American countries, alongside illegal organizations, are deforesting acres of rainforest land for the benefit of avocado plantations and profiting from this lucrative business. Because of its aesthetic appeal, we are ignorant to the moral consequences of every #foodporn post we upload of Avocado Toast.

Another example is the explosion of quinoa in the Western world, a proclaimed super-grain food, high in fiber and protein, which has been a traditional staple in Bolivia and Peru for centuries. Its rapid popularity led to prices trebling to the point that many locals were unable to afford their own staple grain.

Just because a foodstuff gains popularity among the masses as a healthy, meat-free alternative, doesn’t make it ethical. A popular misconception is that replacing meat with plant-based alternatives, such as soy, represents an ethical upgrade. However, many people are unaware that around 75 percent of soy worldwide is used as livestock feed for chickens, pigs and cattle (WWF, 2016). Furthermore, soybean, (as well as palm oil) is one of the big four global commodities responsible for deforestation. Deforestation from soy in Brazil alone (one of the world’s largest producers) is responsible for 29 percent of the country’s greenhouse gas emissions created from the destruction of forests. It is predicted that by 2020, 30 million hectares will be devoted to cultivating soy plantations in Brazil. To put that in perspective, that’s the same area as the Philippines. (OneGreenPlanet, 2016)

Moving forward
what steps can be taken to eat ethically, with a clear conscience? Unfortunately, finding produce that ticks all the boxes as being fair trade, free range and organic might be a struggle, as is turning down lunch arrangements with friends because the venue doesn’t serve fair-trade coffee.

The shift can start within the home, however, and by supporting restaurants that practice organic, sustainable and ethical trade, and seeking ethic-conscious brands. In my personal ethical journey, I have made the decision not to eat meat at home, adopting a pescatarian diet when I dine out (baby steps). I also reach out to local organic farms, bargaining deals on organic eggs. However, I still consume meat if invited to a home, in order not to embarrass my host.

No one wants to come across as that guilt-trip friend, but it is my responsibility as an informed consumer to help convince people to buy free-range chickens and eggs, one friend at a time. 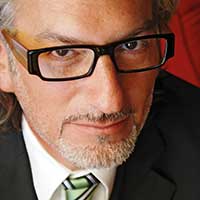 Daniel During
Principal and management director
Thomas Klein International
“Finding produce that ticks all the boxes as being fair trade, free range and organic might be a struggle”

• Opting for organic, free-range and fair-trade products is a must
• Take into consideration the moral consequences of our food choices
• The emotional and social needs of farmed animals need to be considered
• Ensuring by questioning the source and authenticity of the products is central
• Supporting restaurants promoting organic, sustainable and ethical trade brands