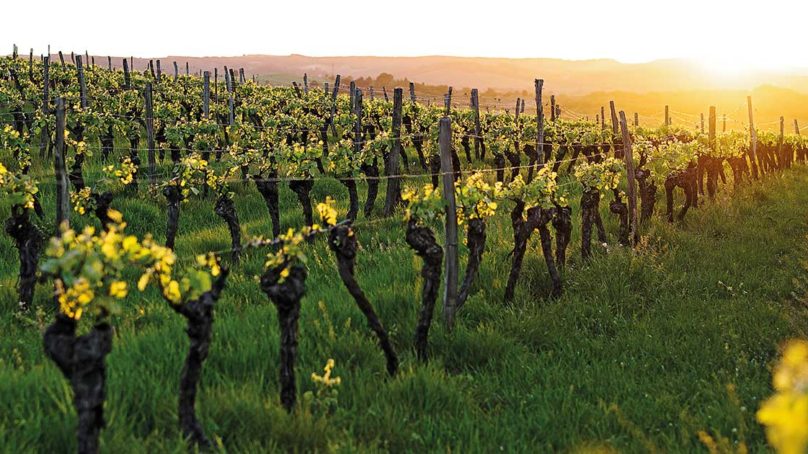 Lebanon’s winemaking industry might be small in scale, but it certainly has plenty of standout strengths, which range from a lengthy, colorful history to a highly enviable terroir. These and other positives, such as the characteristically entrepreneurial and innovative approach of its producers, have helped to secure the country a well-deserved place on the international winemakers’ map

While many nations are quite rightly proud of their winemaking tradition, few can match Lebanon’s vinicultural heritage, which is believed to date back around 5,000 years and was nurtured by the Phoenicians, who went on to share their craft farther afield.

Fast forward through the centuries to today and the country is home to a unique boutique industry, comprising some 50 wineries, producing 9 million 75cl-sized bottles annually, half of which are consumed locally.

In praise of individuality
Zafer Chaoui, the president of the Union Vinicole du Liban, and chairman and CEO of Château Ksara, mapped out some of the benefits that the country offers local producers, which he said range from its exceptional terroir and altitude in key growing areas such as the Bekaa, to a great climate, supported by seasonal changes. “The high altitude helps a lot as the growing season period comes in very slowly, which leads to the grapes reaching a full phenolic maturity,” he explained. “This helps to bring complexity, floral and fruity notes to the wines.”

Chaoui added that the very low percentage of humidity and lack of rainfall in the Bekaa between June and the harvest season are also advantageous, since they help to protect the vines from fungi such as odium, mildew and other cryptogamic diseases, which need high hygrometry to survive and proliferate. Asked which grapes he thinks are best suited to the local soil, Chaoui cited the indigenous white grape varieties, such as Obeidy and Merwah, with very old non-grafted vines. “As for the reds, the first historically introduced French grape varieties, like Cinsault, Grenache and Carignan, have proven to perfectly adapt to our terroir,” he noted.

Caro Maurer, Master of Wine (MW), wine writer, educator and consultant, noted that Lebanon’s longstanding historical connections with France are among the factors that set its wine apart from varieties found in other southern Mediterranean countries.

“The Lebanese wine is very classical, especially when compared with those of its neighbours, such as Israel, where the wine is more Californian in style, made with very ripe fruit,” she said. “In contrast, Lebanon’s wine is much more restrained, leaner and more precise, with a stronger tannic structure.”

Yet the wine clearly has its own distinctive character, as Philip Goodband, MW, who chairs the wine judging at the International Wine and Spirit Competition (IWSC), and provides a range of services, including wine assessment, blending, award-winning range creation and communication, noted. “In the context of wines from the Eastern Mediterranean, my impression was that most wines showed their regionality in a positive way, showing fruit which was not the result of baked vineyards and hot fermentations,” he noted. “Most were from Bordeaux grape varieties, but definitely not from Bordeaux!”

What’s trending
In terms of the Lebanese wines that are currently proving popular locally, Chaoui told HN that tastes vary, according to the demographics. “The light-bodied and easy-drinking wines are popular with the young consumers, while the rosé is still very popular with the ladies,” he said. “As for the men, the tendency is more towards the fully structured, intense and tannic wines.”

Most domestic trends echo global patterns of demand, he added, largely due to the high numbers of Lebanese that travel.

Lebanon’s winemaking industry has expanded in the past two decades, with more than 30 new wineries opening since 2003, although the local operating environment can often be a challenging one for producers.

Chaoui explained that capacity constraints and hefty costs are among the local issues affecting producers. “We are a very small country that produces very little compared to international producers,” he noted. “Costs are high and land is expensive. Other challenges include having to import equipment, such as bottles and corks.”

Scaling new heights
Like producers elsewhere, local winemakers are also feeling the effects of global warming, which include severe droughts. The lack of rainfall has prompted several producers to head upward and grow their vines at a higher altitude, where less water is required and the average temperature is lower. Chaoui noted that producers are also making use of the high-performing dripper system of irrigation.

The wine journalist Axel Biesler believes that Lebanon’s altitude will certainly stand it in good stead going forward. “Yes, troubles have increased over the past couple of years, but Lebanon still has a great advantage because it has those incredible heights where it is possible to produce wines,” he said. “I see Lebanon’s wine future in the mountains. Just check the ‘Vertical 33’ project, where they’ve started to grow Pinot Noir at 1,300 above zero.”

Maurer agreed that being able to move upward is a big advantage, although she acknowledged that other challenges, such as the expense of irrigation and unpredictable weather patterns were still a concern.

“Even higher up isn’t problem-free, since rising temperatures from global warming mean that there’s less melting snow coming down the mountains to provide water in spring,” she explained. “Getting water at the right time is challenging for all wine-producing countries and will require producers to make carefully considered judgments when adjusting their vineyards.”

Support and solutions
New innovations within the industry are playing a part in supporting producers as they look to resolve these and other issues, as Goodband explained. “Work in the vineyard to manage and reduce inputs, grape development, including, importantly, targeted irrigation where allowed, clonal selection, rootstock and canopy management, can all assist greatly to achieve timely phenolic ripeness,” he said.

Several developments are already providing valuable support to industry players across both the viticultural and vinicultural fields in Lebanon, according to Chaoui. “New vine crossings, as well as immune rootstocks, have been created recently, permitting the production of healthier grapes more resistant to diseases,” he told HN. “In the vinicultural field, the ‘egg-shaped cement vats’ have brought considerable improvement to the alcoholic fermentation level, slowing the yeast activity and permitting the production of more complex wines.”

Diversity and drive
Despite the key role that pioneering technology is playing in taking the industry forward, the experts who spoke to HN agreed that local successes were also down to the entrepreneurial spirit, skills and flair exhibited by Lebanon’s winemakers, built on a long-established legacy.

“Lebanon is producing fine wines from every kind, using both new and old methods,” Maurer said. “Just take a look: you have Château Ksara in the Bekaa, dating back to the Jesuit winemakers; Domaine des Tourelles, also in the Bekaa, where Faouzi Issa is maintaining its traditions; and, in contrast, the very modern Ixsir in Batroun. Wine is not made by technique, but with engagement, heart, knowledge and experience.”

Biesler was also cautious when it came to championing the technical element. “Modern wine-making needs expertise, of course, but the wine market today is very dense,” he said. “If you’re a wine country, you need a fingerprint. And to bring that fingerprint onto the bottle requires as little technology as possible. Bringing both worlds together, the oenology-science of today and the knowledge of a country that’s been producing wine for some thousands of years and has an outstanding terroir, should be enough to stand out in the market.”

Untapped markets
Given Lebanon’s limited vineyard surface, which totals less than 2,000 hectares, Chaoui is convinced that producing “exceptional, high-quality wines from naturally grown vines at competitive prices” is the best strategy for the industry.

He is also confident that the potential exists for export growth, despite capacity constraints. “The [Chinese] economy is impressive and it’s a huge market,” he said. “It’s also a challenging one and our imports to date have been small, but we have some niches which we think could be fulfilled in the market.” Key US states are also worth exploring, he added.

Biesler agreed that the US market holds promise, alongside other countries with a sizeable diaspora, such as Brazil and France. “The higher proportion of curio wine-lovers, the better it is,” he noted.

His thoughts were echoed by Maurer, who cited the Scandinavian countries of Norway, Sweden and Denmark as “open-minded, advanced” markets, where consumption of wine was still growing. “Consumers there are looking left and right – they want to taste and learn new things,” she said. “They are also fascinated by products with an interesting history and classical style.”

Maurer added that it was evident producers are already reexploring their own history, looking for indigenous grapes they have ignored, such as the Obeidy grape, for example, while Ksara has just released a single variety wine made from Merwah. “This is something actually making the country more interesting than its neighbors who don’t have indigenous grapes,” she said. “Only a country with exceptionally old vines can capitalise on such cared-for, interesting soil.”

However, there could still be room to improve the way that wines are marketed to the younger generations, according to Goodband. “Lebanon has benefitted from Ch. Musar for years and distribution has been growing for other wines, but in my view, there is a need to further expand awareness of quality amongst the younger generation,” he said. “Increased use of targeted digital communication direct to consumer and in cooperation with local distributors, strengthened by independent wine awards like the IWSC, can help do this.”

Tapping into the younger generation’s love for experiential discoveries and traceability when it comes to consumption is another approach that is inevitably gaining traction, given Lebanon’s strengths in this area. “Even though the country is so small, I found it incredibly huge when I visited Lebanon. And what a beauty it is, when you drive up the mountains!” Biesler said. The practice of replanting on land that had until recently been abandoned, he added, represented “a great USP”.

“The high altitude helps a lot as the growing season period comes in very slowly, which leads to the grapes reaching a full phenolic maturity, This helps to bring complexity, floral and fruity notes to the wines”
Zafer Chaoui