The Global Restaurant Investment Forum (GRIF) – the annual meeting place for the international restaurant investment community organised by Bench Events – and Dentons’ global franchise group, joined forces for the second year to celebrate the outstanding impact that franchised F&B concepts have had on the industry.

The Global Restaurant Franchise of the Year Awards, sponsored by Dentons, distinguish the important role that franchising plays in the regional and global F&B sector, with commercially successful franchising models recognized across two categories – the first for proven new concepts and the second for established players which have consistently shown themselves to be leaders in the category.  The winners were announced at GRIF 2019, which took place at the NH Collection Grand Hotel Krasnapolsky in Amsterdam last week.

“The global franchise group at Dentons is delighted to be giving these awards which recognize excellence in the restaurant franchise industry. I personally have worked in hospitality franchising for more than 25 years and it never ceases to amaze me how innovation and creativity continues to give rise to new franchise models,” said Babette Märzheuser-Wood, Head of Franchise Group at Dentons.

Babette is one of only five franchise specialists named by Chambers Global, the guide to the legal profession, as a world leading expert in their field.

“As GRIF went truly global this year, with our first foray in Europe, we were reminded of the significant impact that franchise concepts have had on the global dining scene and how they remain one of the key drivers for growth within the sector,” explains Jennifer Pettinger-Haines, Co-Founder, GRIF and Managing Director – Middle East, Bench Events. “This is a really exciting time to be part of the franchising scene with new and exciting concepts that are challenging traditional perceptions and we’re really excited to see how this develops over time.”

The winner in each category represents a high standard of excellence in restaurant franchising: 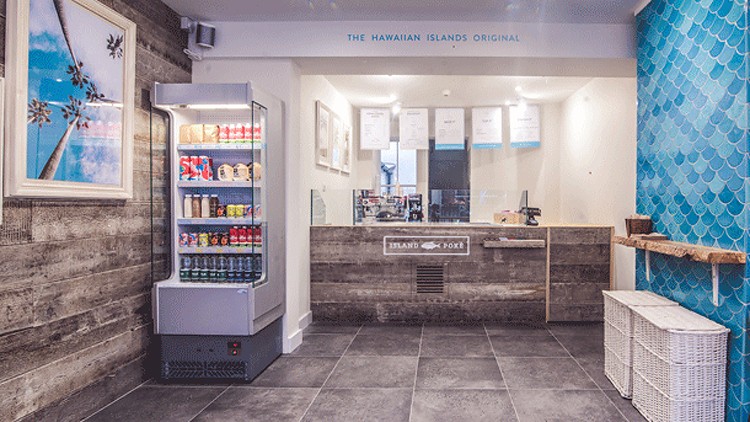 Reflecting the important role that franchising plays in shaping the future of industry, the Awards were judged by a team of specialist hospitality and franchise experts, including Babette Märzheuser-Wood (Head of Franchise Group at Dentons), Robin Rowland OBE (Operating Partner at TriSpan and founder of YO! Sushi), Paul Campbell (Founder at Hill Capital Partners) and Mario C. Bauer (Advisor to Vapiano and Co-Founder of Curtice Brothers).

“I’m delighted to be able to support this initiative by being part of the judging panel for the 2019 Global Franchise Award. We had such a high caliber of entries this year, representing a wide variety of concepts and categories. It’s exciting to see how these brands are using franchising to scale globally,” said Paul Campbell, Founder of Hill Capital Partners LLP,

Robin Rowland OBE, Operating Partner at TriSpan and founder of YO! Sushi, commented: “It’s been a great pleasure to be part of the judging panel for the Global Franchise Award again this year and to review the entries we’ve received from both exciting new concepts as well as successful established brands that looking to further grow their international footprint.”
grif.com

A partnership of tradition and innovation