Leisure & recreation: What are your plans for the weekend? 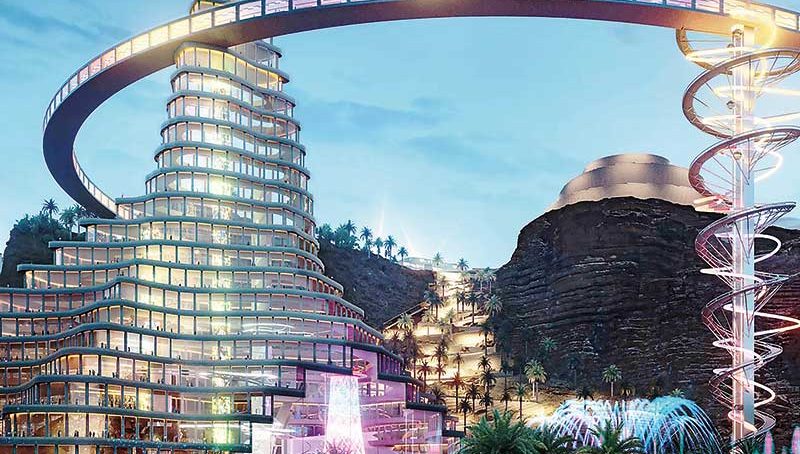 Leisure & recreation: What are your plans for the weekend?

Qiddiyah is an entertainment megaproject to be established in Riyadh. Construction started in the beginning of 2019

The market devoted to leisure and recreation is flourishing, thanks to a rising middle class with higher levels of purchasing power and retiring baby boomers who have more disposable income to spend on fun. Nada Alameddine, partner at Hodema consulting services, tells us more

A fun-filled lucrative business
When it comes to theme parks, Disney remains the top worldwide operator, with flagships such as Anaheim’s Disneyland in California, Disney World in Florida, another park in Paris and three more in Asia. In 2018, 157 million people experienced movie-themed rides and parades, marking a year-on-year increase of 4.9 percent. However, other amusement parks are also making their way up the charts, such as Germany’s Europa-Park, Alton Towers in the UK and Efteling in the Netherlands. According to the 2018 AECOM and TEA Theme Index and Museum Index Report, footfall for the world’s top 25 theme park groups rose by 5.4 percent last year, taking the number of visitors past the 500 million mark for the first time. As businesses, parks are certainly not only about entrance fees; all the expenses, from a bottle of water to transportation and resort hotels nearby, combine to produce a hefty bill and enhance higher per capita spending. Moreover, theme parks look unlikely to become cheaper anytime soon, given that the industry is pushing new boundaries when it comes to developing daring attractions. Extreme rollercoasters are being introduced in Asia and the US for adrenaline junkies with cast-iron stomachs. The first hybrid conversion coaster has been inaugurated in Japan, while New Jersey’s Nickelodeon Universe Park prides itself on having the steepest first drop in the world from the top of its coaster – a 121.5º beyond-vertical dive. It then runs through a series of seven inversions that have been interwoven through the track of another of the park’s coasters. Hot on its heels, Dual Dragons in the Chinese city of Guangzhou is now in its final stages. The structure will involve two interwoven coaster layouts, one of which will be a classic sit-down version, with the other set to take the form of an inverted ride. For thrill-seekers who are happy to endure a soaking, water parks continue to be increasingly popular, with attendance rising by 2.5 percent last year. Aquatica in Florida remains the most well attended, followed by Dubai’s Aquaventure Waterpark and Area 47 in Austria.

Interactive experiences causing a buzz
Museums fall short when it comes to attracting crowds on these kind of scales, even though A-listers such as the Louvre, the National Museum of China and New York’s Metropolitan Museum of Art welcomed more than 25 million visitors last year. However, a new type of leisure attraction is emerging and scoring big among the young and old alike. Observation and interactive experiences, as they’re known, are carving a niche as the new trend, with many parks adding them to their portfolios. Secret Cinema in the UK and Ghost Town Alive! in the US are now developing the concept further by putting visitors at the heart of the action, allowing them to play immersive roles. Although most concepts have broad appeal, unsurprisingly, developers are largely focusing on creating attractions for children, who remain their primary target audience and are a highly lucrative market. The list of ideas now being brought to life is infinite, from the funfairs of yesteryear to candy speakeasies.

Too quick too soon?
None of the Middle Eastern parks has yet earned a position on the world’s top 20 list, even though Gulf countries have made them a priority in recent years. Predictably, Dubai has led the way, with several theme, amusement and water parks now located across town. Dubai Parks and Resorts attracts big crowds to its three parks of Motiongate, Bollywood Parks and Legoland, while the IMG Worlds of Adventure is another draw thanks to its Marvel cartoon heroes. Footfall at the newly opened Warner Bros. World Abu Dhabi also looks promising. On a smaller scale, Qatar recently opened a park entirely dedicated to the Angry Birds brand, while the Adventure Island Park is making waves with Dragonfire, its new indoor coaster that spikes up a large glass tower. Some amusement parks are more sport-oriented, such as the famed Ferrari World in Abu Dhabi, Dubai’s Kite Beach, Wire World, Ice Rink, Air Maniax and Bounce Dubai. Given the all-year-round sunshine in the country, water parks are inevitably likely to be a huge hit, with investors betting big on the segment. Significantly, the Aquaventure Waterpark at Atlantis the Palm ranks among the world’s most popular venues, with its shark lagoon drawing almost 1.4 million visitors in 2018, up by 3.5 percent on numbers from the previous year. Dolphin Bay in the Atlantis promotes the conservation of the mammals, while the Wild Wadi Waterpark – a favorite with families – saw visitor numbers rise by 3.3 percent in 2018 to reach 720,000.

The Emirates have also embraced the immersive trend, spawning the virtual gaming experience of Hub Zero and The Green Planet, an enclosed ecosystem recreating a tropical rainforest with more than 3,000 plants and animals. VR Park, The Dubai Mall’s newest attraction, features the Burj Drop Experience where participants get to propel down the side of the tower, and the zombie attack of the Walking Dead Outbreak. Doha is also set to open Virtuocity, a destination entirely dedicated to video games.

Younger enthusiasts have not been forgotten, with OliOli in Dubai and KidZania in Doha and Dubai offering ‘edutainment’ activities specifically for little ones. In the same style, Kidzmondo has extended across the region and now has branches in Lebanon, UAE, Qatar, Oman, Jordan and Turkey. The popular indoor theme park allows children to become decision-makers, in charge of their own lives, and assume the role of adult.

While not universal in their appeal, museums and monuments are still considered top leisure destinations in the region. Designed by famed architect Jean Nouvel, the Louvre Abu Dhabi welcomed 1 million visitors through its doors in its first year, while numbers at the Museum of Islamic Art in Doha reached 411,869 in 2017. Another project for Nouvel, the recently opened National Museum of Qatar has also been well received by locals and foreigners alike. In a separate development, the renewed agreement between the British Museum and Abu Dhabi authorities for the Sheikh Zayed National Museum signals further good news for the sector.

Other tourism hotspots include Burj al-Arab and Burj Khalifa, which welcomed an estimated 2 million people last year, according to the 2018 AECOM and TEA Theme Index and Museum Index Report. And more is on the way, with Dubai putting extra polish on its family friendly image as it gears up for the 2020 World Expo. However, the huge event could send the tide either way, with the expo possibly attracting more leisure visitors or perhaps sending them in a different direction, if put off by the prospect of big crowds.

Saudi Arabia’s market, meanwhile, remains underdeveloped, but with vast potential for growth within the next few years, buoyed by the Vision 2030 diversification plan to boost tourism and services.

The rest of the region remains closer to the mall development stage. Both Lebanon and Egypt are home to some smaller infrastructures dedicated to children, with the latter’s new Cairo plan set to include a large theme park which could attract investors.

But the outlook is not challenge free, with several destinations struggling to draw sufficient numbers of visitors. Some have concluded that business leaders went too big too quickly in a local market unable to support the size of the investment. Additional costs, such as accommodation and F&B, can be a financial burden for foreign visitors who may think twice before spending a day or two at a park. Such concerns come on top of Dubai’s economic slowdown and its blistering summers which can be appealing for some, but a disincentive for others. Things have certainly been far from easy for Dubai Parks & Resorts, with only three theme parks seeing the light of day in the space of six months from the four that were originally planned. The Six Flags-themed park concept, inspired by US ride parks, remains currently abandoned due to low attendance.

“Observation and interactive experiences are carving a niche as the new trend, with parks adding them to their portfolios. Secret Cinema in the UK and Ghost Town Alive! in the US are putting visitors at the heart of the action”

“None of the Middle Eastern parks has yet earned a position on the world’s top 20 list, even though Gulf countries have made them a priority in recent years.Predictably, Dubai has led the way, with several theme, amusement and water parks now located across town”

“Saudi Arabia’s market, meanwhile, remains underdeveloped, but with vast potential for growth within the next few years, buoyed by the Vision 2030 diversification plan to boost tourism and services”

The Dubai Stars by Emaar is now officially open