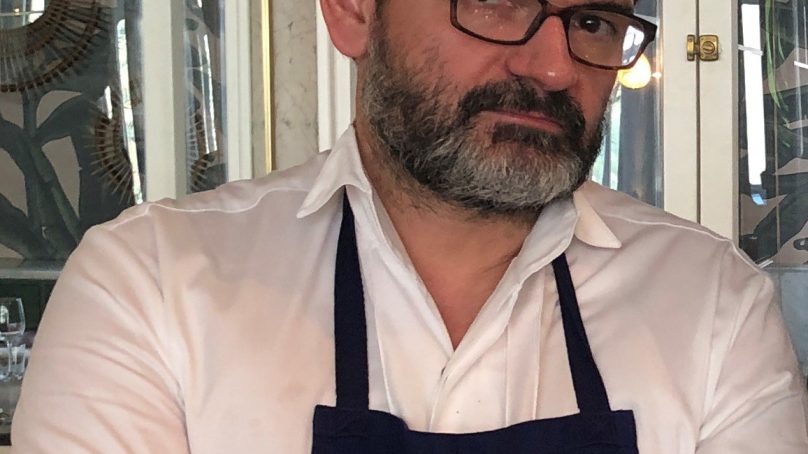 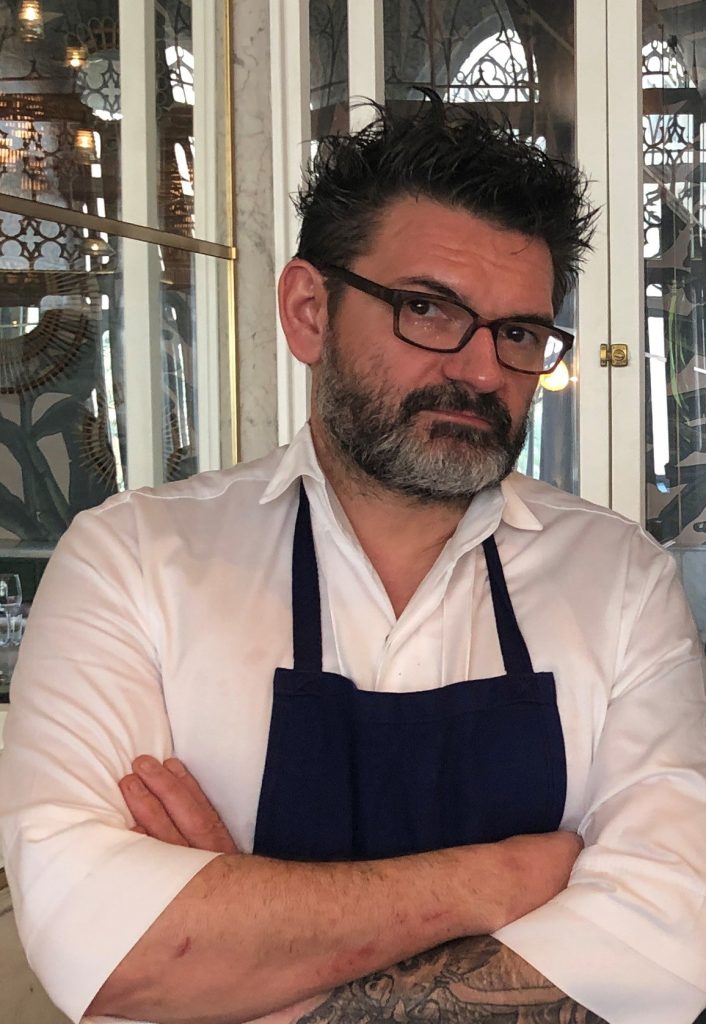 In an interview with Chef Stéphane Jego from L’Ami Jean, Hodema consulting services sits down with the chef at Liza Beirut for a one on one Franco-Libanaise culinary exploration.

Stéphane Jego was born in Brittany, France. He worked for 12 years with Chef Yves Camdeborde, the French father of Bistronomy. Jego’s philosophy – offer contemporary gourmet food at affordable prices and in a casual atmosphere. He took over L’ami Jean’s kitchen in 2004, turning it into one of the hottest bistros in Paris.

What is the purpose of your trip?
I came to Lebanon thanks to friends! We met in Paris with Liza and Ziad Asseily (owners of Liza restaurant), and had a dinner during which we established a nice relationship; we started building from there. For me, complicity and synergies are the basis for everything.

How do you adapt your cooking to Lebanese tastes?
I do not “adapt” per say, because adapting is somehow forceful. Instead we create a bond, a synergy among ingredients. For instance, we prepared grilled beef, burnt with oregano that has marinated in sumac, lemon, coriander and cumin for 48 hours.

Do you travel a lot?
Yes more and more. Traveling for me is about meeting new people. For example, I recently discovered kama, the Syrian truffle, thanks to a Syrian chef who works with me at La Résidence, a restaurant at the Refugees Food Festival in Paris, and who became a friend.

You know, you can be the most open-minded person in the world but if you stay at home, it’s useless. Moments of exchange are what open your mind. A beautiful conversation is more important than visiting the local market. What matters most is people.

How did you start cooking?
I left school when I was 14. I was meant to become an iron-worker but I wasn’t very good using a hammer so I decided to move to something else. Cooking didn’t require much effort for me, I found it relaxing. So, at 14, I stepped into a professional kitchen for the first time, but it was the exact opposite of what I do now. They would make me open cans, use frozen products… At 18, I was drafted for military service and went to Paris to be a cook at the officers’ mess. That was my first real kitchen. It opened my eyes.

Then I met Chef Yves Camdeborde and worked with him for twelve years until I had a very serious traffic accident; this is when I told myself that I needed to open my own place. In 2002, I took over l’Ami Jean.

How did you finance the acquisition?
Friends helped me. We had a very complicated financial structure spread over seven years but we ended up paying back the loan in only two years. Today we have 20 employees and operate on a €2 million yearly turnover.

How did your cooking evolve over the years?
In 2002, I constantly wanted to do more… then after a while, I realized there is no point in running around like this. I scaled down from serving 180 plates a day to 120 without increasing the prices. It was a decision to change, to take a step back and look at things with more depth.

Are you able to leave your restaurant?
Yes I do when I travel abroad, but I cannot open another restaurant. There have been serious offers but it’s not for me. It’s easy to open here and there but I do not want to copy-paste what I do. But I won’t stay at L’Ami Jean forever, in 10 years I might be elsewhere.

What surprised you in Beirut?
Nothing surprised me! The energy I found in Beirut is what I expected and what I hoped for. I immediately felt at ease, between the images from the past and the energies of the moment.

IXSIR scores highest grade ever given to a Lebanese wine