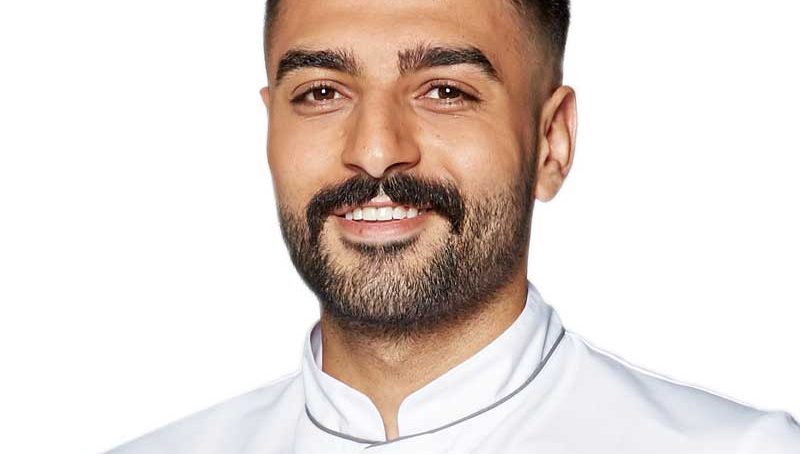 Jordanian chef Ali Ghzawi was recently crowned MBC Arabia’s Top Chef 2019 in what proved to be a nailbiting series finale. The youngest of the 17 contestants, Ghzawi gained the coveted title, following a grueling series of competitions. In an exclusive interview, the rising star talked HN through the ups and downs of taking part in the contest

When and how did your culinary journey begin?
I found my passion for food at the age of 17. My friends at school used to love the sandwiches I prepared at home for myself, so since demand was there, I thought of making extra sandwiches and selling them to my fellow students. I started with 10 sandwiches and ended up selling 120 per day! It’s fair to say that the joy and satisfaction I felt from seeing them enjoy my sandwiches led to me becoming a professional chef. I later attended Les Roches Global Hospitality Education at the Royal Academy of Culinary Arts campus.

What made you choose to use your skills in a professional capacity?
After graduating, I applied for an internship at a 2-Michelin-star restaurant called Enoteca by Paco Perez in Barcelona and was quickly inspired by the determination and discipline of the chefs working there. Since then, I have retained and applied these approaches and techniques in everything I do. My hunger for success and the desire to put my name on the culinary map are what fuel my drive to continuously outdo myself.

What were the biggest challenges you faced during the Top Chef competition?
On one level, being only 25 years old was quite daunting, given that the other competitors had 10 or more years of experience over me. However, I found I could use this challenge to my advantage, since it drove me to work much, much harder. Working in this environment also forced me to exercise an incredible amount of focus. In addition, the quality of dishes produced in what was a relatively brief period of time improved noticeably. The judges definitely took note of this and factored the results into the equation when choosing the winner. The culinary achievements were highly appreciated by the judges, although I took the decision to mix things up a bit by using some of my own philosophies, which proved tricky when it came to winning them round.

What did you learn?
In a competition such as Top Chef, the parameters of the challenges are quite tough, with time, location and products working against you rather than in your favor. Now that’s what I call a challenge! The competition prompted me to push myself harder than ever before by creating dishes within a seemingly impossible timeframe and make full use of every second. Focus and self-discipline were essential. All in all, it brought out the best in me, while forcing me to work outside of my comfort zone.

What advice do you have for next season’s competitors?
I would advise next season’s competitors to be bold and clever. They need to have confidence in what they’re doing by showcasing their ideas and personality in their dishes. They need to tell themselves that no matter how young they are, they can arrive at places they never expected to reach, as long as they have passion. Most importantly, I’d advise them to enjoy the journey as much as they can, because it’s a once-in-a-lifetime experience and the best way for them to challenge their inner chef!

What sets your native cuisine apart?
My native Jordanian Levantine cuisine is simple, yet sophisticated. The diversity of herbs and produce is absolutely magical. After Top Chef, I feel more connected to people, which means I can deliver my culinary philosophy and vision to a wider range of audiences. With that in mind, my aim is to take Jordan’s local flavors and mix them, using modern avant-garde techniques to reinterpret our food, while maintaining its originality. It’s important to remember that I come from a purely Jordanian background and have a great affinity for my family’s food, which has evolved significantly over time. I will be combining their knowledge and ingredients, then elevating these creations into an upscale offering.