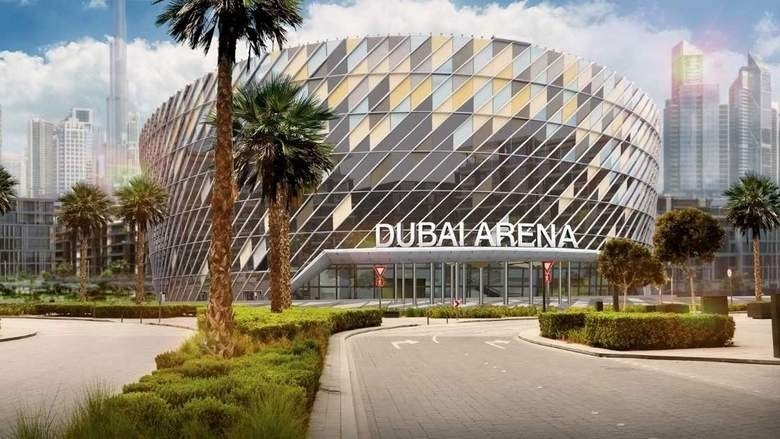 Meraas announced that the active-lit façade at Dubai Arena is completed, with the panelled structure now fully installed. Work on external infrastructure and landscaping, including paving and parking spaces, are also underway, while the finishing touches are being made to the first of 46 hospitality suites. The venue will be opening in 2019.

With a capacity to accommodate 17,000 visitors, Meraas lifestyle destination City Walk, Dubai Arena has been designed to be able to host end-stage, central and half-stage concerts, sporting events such as tennis, basketball, boxing, volleyball and ice hockey, and gala dinners, exhibitions and conferences and festivals.

Major milestones reached to date, include completion of the roof, façade steel structure and over 80 percent of the roof catwalks – elevated service platforms common in major theatres and arenas. All concrete, structural and the block works have been finished and the installation of arena seating is underway, while the arena’s rigging equipment, scoreboards, lighting and sound system will start to be fitted from next month.

The roof at Dubai Arena is expected to be completed and made watertight before the end of the year, to allow the final acoustic checks to commence. The complex roof structure weighs approximately 4,000 tonnes, equivalent in weight to that of seven A380 airplanes and is supported by two mega-trusses spanning the entire length of the venue.

The construction and lifting of the mega-trusses, was considered among the most challenging processes and required some of the world’s biggest cranes, with a capacity of 1,600 tonnes, to lift them into place. In total, 16,000 bolts were fitted to connect the 14 frames that make up each of the 120-metre long mega-trusses, roughly the size of a football pitch, with more than 20 tonnes of paint needed to coat them. Over 110 tonnes of show and production equipment will be placed above the arena’s versatile viewing areas.

In addition, lifts and escalators have been installed, and the remaining electrical and mechanical works are progressing on schedule. District cooling service provider, Empower, is due to commence tunnelling works under Sheikh Zayed Road to connect 3,600 tonnes of chilled water to the arena, and DEWA has already connected power to the building.