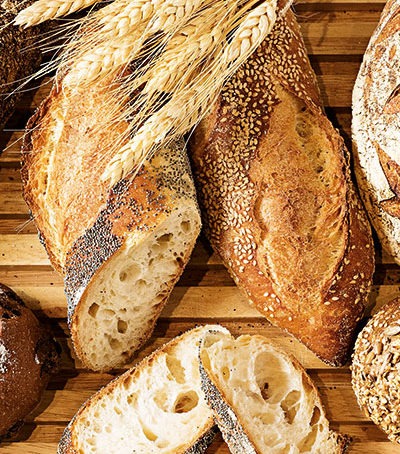 Browse through most health and fitness advice and chances are you’ll find bread listed in the category of foods to cut down on or consume with caution, grouped in the carb-heavy bracket with fellow offenders, rice and pasta.

Yet research suggests that bread in some forms is enjoying a new lease of life, buoyed by demand from today’s adventurous consumers who are keen to experiment and enjoy more unusual versions of this centuries-old staple. In fact, creative, healthier delicacies, such as multigrain sourdough and rye bread, for example, are flying off the shelves, especially those of smaller, artisan bakeries.

So what’s really going on in the bread market?
Are we turning away from this foodstuff, so long a part and parcel of our daily diet, or embracing it? It would seem the answer is yes on both accounts, according to industry experts. Consumers, it would appear, have lost their appetite for overly processed bread, but are increasingly gravitating toward fresh, good quality, tasty, healthier options.

Inspired by global travel, TV food programs, social media and the fitness/wellbeing drive, they are looking for bread that’s cleanly/clearly labeled, creative and made with first-class, natural, organic ingredients, research suggests. As Phyllis Enloe, vice-chair of the Board of Directors, Bread Bakers Guild of America, put it, “Consumers may not know why some bread taste better, but they recognize it when it does.”

According to Euromonitor International’s Country Report, titled Baked Goods in the USA and published in December 2017, “Increasingly health-conscious US consumers have demonstrably moved away from highly-processed products containing artificial ingredients and flavors in recent years in favor of food perceived to be more natural due to shorter ingredient lists and less reliance on preservation methods.”

The push to create, fresh, free-from products is certainly gaining momentum among bakers as the industry moves to meet demand for products whose ingredients can be traced across the entire supply chain and are made with minimal processing.

Nutritional and flavor advantages to eating healthy
Joanna Chang, US chef, owner of the Flour Bakery + Cafe, and James Beard Foundation Award winner for Outstanding Baker in 2016, believes that current trends, driven forward by a more savvy and discerning market, signal good news for artisan bakers. “I think people are much more aware and informed of their choices in what to put in their bodies,” she told HN. “We introduced a wholegrain campaign this year and the response has been tremendous. People are realizing the nutritional and flavor advantages of eating items made with wholegrains. We’re capitalizing on this by continuing to add more wholegrains to our foods and breads and pastries.”

Ancient grains are proving especially popular, and were a key talking point at WheatStalk, the major US artisan baking event held recently, with spelt, sours, rye and kamut, along with others, playing a key part in bringing new flavors and textures to both staples and novelties.

Chang agreed that grains such as teff, amaranth and khorasan were not only becoming as common as wheat and rye, but looked likely to hold their own going forward. “We’re continuing to see all of these esoteric grains becoming more mainstream,” she said. “I think wholegrains are here to stay! The flavor and nutritional benefits are hard to deny.”

While wholegrains might be in, other elements, such as gluten, are out for a growing number of foodies.

No gluten and a surge in flatbread
In its overview for a separate report, published in January 2018 and titled Baked Goods in Western Europe, Euromonitor International highlighted this trend, noting, “Many consumers are opting to purchase gluten-free baked breads and cakes, and are also decreasing their consumption of standard bread.”

Nicolas Tsikis, corporate executive chef at Alto-Shaam, renowned manufacturers of cook and hold ovens and hot-holding solutions, believes the trend is part of a broader return to heartier, traditional baking. “We’re getting away from the modern approach of lots of yeast and air and returning to plain, sometimes heavier baking, using top quality, natural ingredients. Gluten is among the items that customers don’t want,” he said.

Perhaps because of the shift away from gluten and move towards plain baking, unleavened and other ethnic flatbreads, such as roti, chapati, pita and tannour, the traditional Lebanese bread, are all enjoying a surge in popularity outside of their markets of origin.

Greg Nercessian, marketing manager at Saltek, a leading Lebanese manufacturer in the production of pita bread and flatbread ovens, points out that tannour bread is not only gluten free, but is also made without sugar, another bonus for the health conscious.

In fact, flatbreads have become so popular that even packaged varieties are selling well in western Europe, according to Euromonitor’s findings. “Bread types such as pitta, naan, tortilla and rote have increased their presence in supermarkets, and consumers are now exposed to a wider range of products,” it noted in its January report.

Cooking smart
Producing top quality bread time after time comes down to both the baker and the equipment, as top artisans acknowledge.

Tsikis agrees that while there is plenty of equipment around now, bakers still need to be exceptional at what they do.

“Today’s ovens cook more evenly and give the exact injection of water required to help bakers get that extra crispiness they’re after, while other equipment, like modern mixers make it easier to work at the exact right speed,” he said. “The machines are cutting down on the work, making life easier and enabling bakers, some of whom are still following the old style of baking, to cook smart.”

Enloe believes that over the years, engineers have learned how to design equipment geared toward better meeting the needs of the artisan baker, whose loaves tend to be softer, stickier and more fermented. “This equipment preserves the integrity of the loaf in a way that older technology does not,” she said, but added, “It is still important for the baker to make consistent dough that gets sent to the machines every day in order to get consistent results.”

Nercessian agrees that consistency is crucial, especially for professionals working on a large scale. “Bakers making tannour bread require consistency and quality throughout the entire process, from the cutting stage, which ensures the exact thickness of the dough, to the cooking process; the entire process is inter-related,” he told HN. “Our ovens always give the same results, that’s our line’s guarantee. Users also have the reassurance that the ovens comply fully with European Community safety and hygiene standards.”

Chang is perhaps the typical artisan baker, using a still deck oven for some of her artisan loaves, and rotating rack ovens and a combi for her bread. “The combi oven is new to us,” she explained. “It allows us to regulate steam and temperature in a very controlled environment that helps with our ciabatta which can be fickle.” 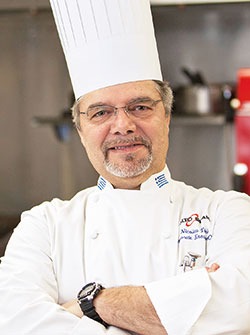 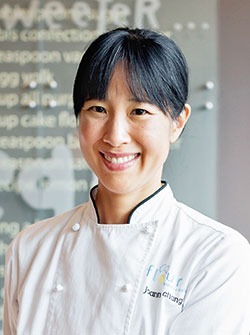 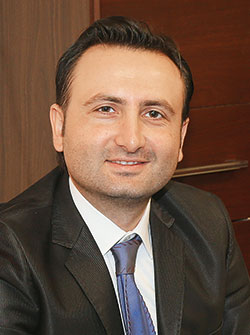 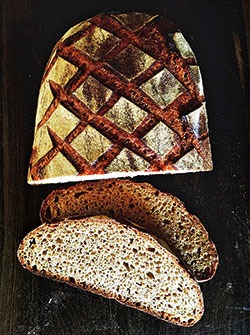 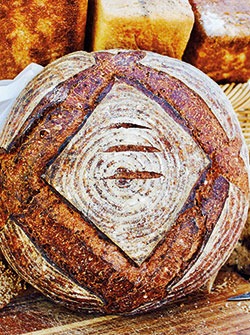 Wooden Bakery is expanding in the Lebanese and regional markets