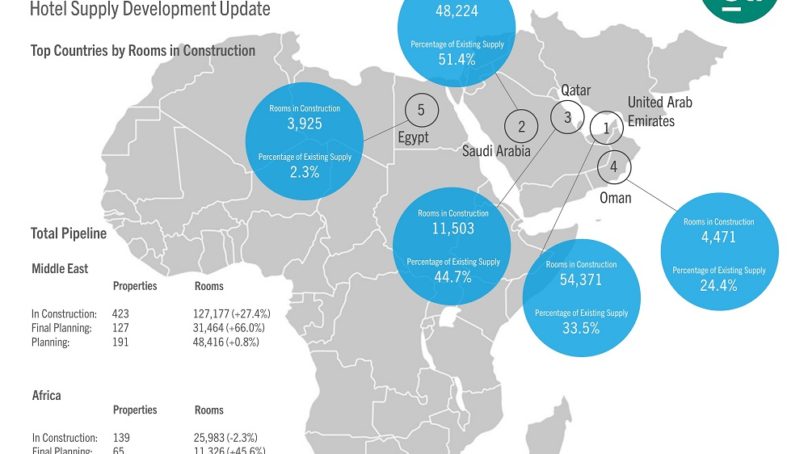 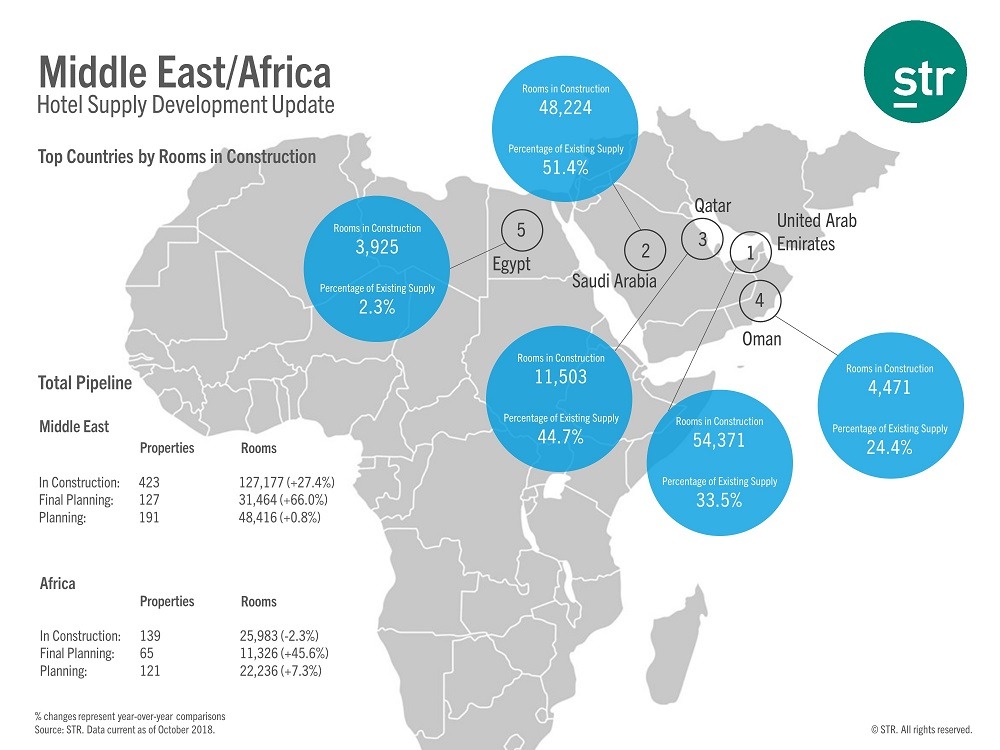 Over 500 new hotels will be seeing the light in the Middle East and Africa. They will be boosting regional supply with additional 150,000 rooms, according to STR Global research. The Middle East room construction total represented a 27 percent increase compared with October 2017, while the Africa room construction total represented a two percent decrease year over year.

In the African market, 139 hotels are under construction, and will bring almost 26,000 new rooms, while 186 projects are in the final planning and planning phases, and will add 33,500 rooms to the region’s offering.