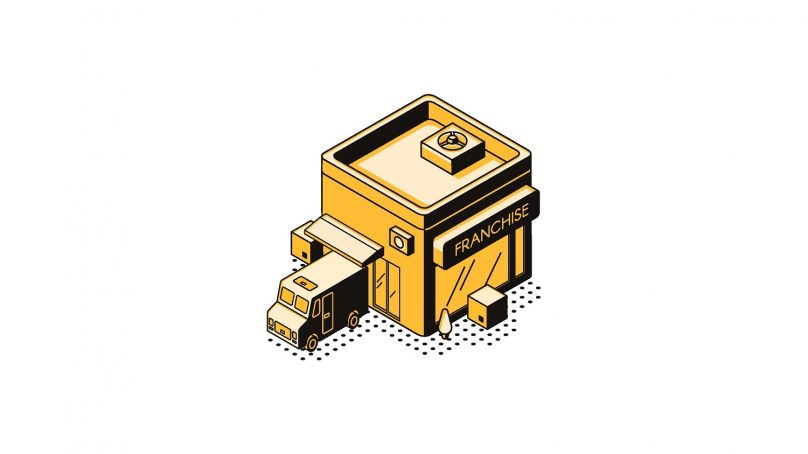 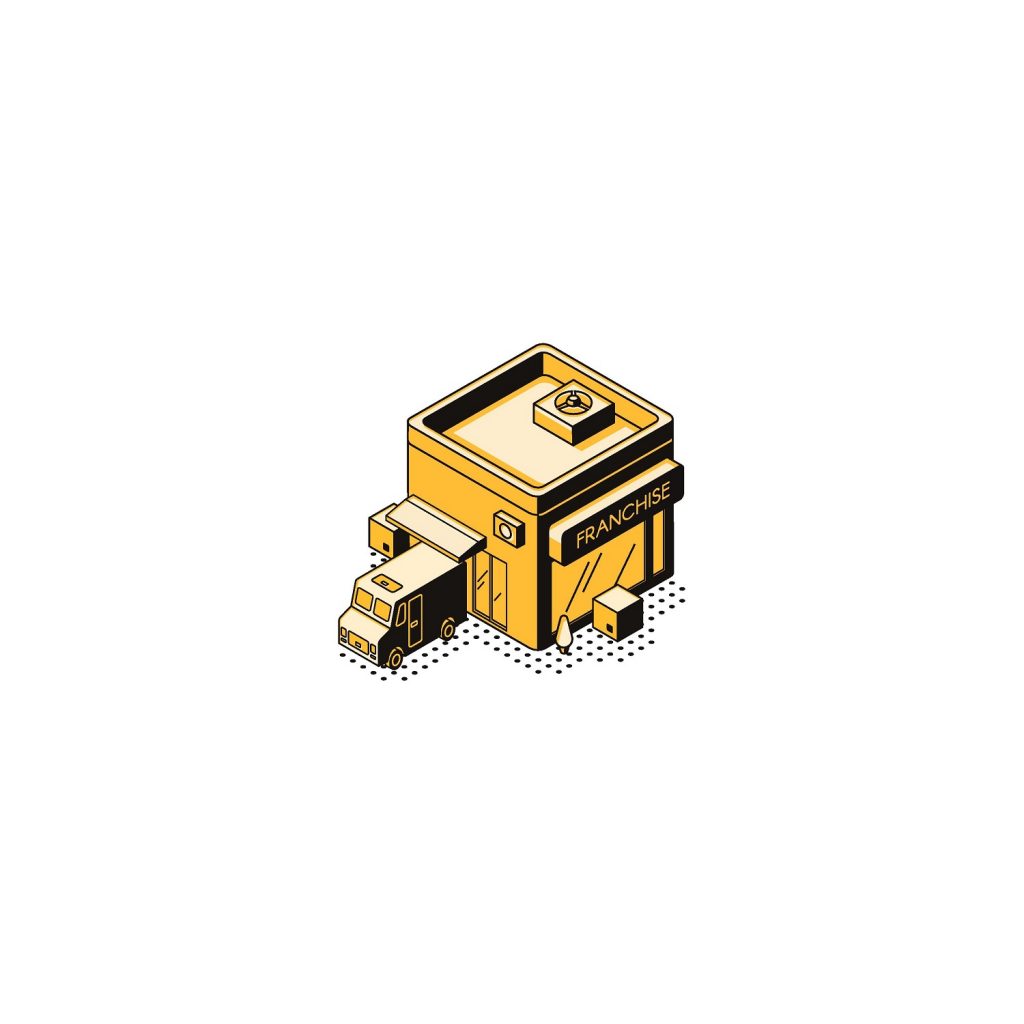 Pop-up F&B venues are attracting thousands of curious food lovers around the world. For investors and chefs, they provide an opportunity to try and test new concepts and recipes, and for clients the chance to discover new flavors and dining experiences. Pop-ups have now become a familiar sight in Western countries, appearing during the holidays and sprouting up in hip areas. Some businesses build their own short-lived structure, while others occupy free premises. Many independent small brands owe their success to their pop-ups.

Popping up in Saudi Arabia

The concept of ‘permanently impermanent’ has recently arrived in the Middle East, where it’s been warmly greeted by noveltyseeking customers. But unlike in Europe or the US, most temporary venues have been set up by existing brands, either as branches or franchises. Both international and local brands have caught on to their potential and jumped on the bandwagon. The concept dovetails especially well with Saudi Arabia’s ‘Seasons’ festivals. Launched by the Saudi Commission for Tourism and National Heritage to promote the Kingdom as both a local destination and a new touristic hotspot, the 11 events being organized across the country are proving highly popular. Riyadh Season, held between October and December, and Jeddah Season in the summer, attracted hundreds of thousands of visitors. Each Season features cultural events, entertainment, sports and F&B venues. Organizers bring cuisines from around the world, enabling Saudis to sample exotic flavors and experience new dining sensations. During the Riyadh Season, more than 31 food pop-ups opened across the city in dedicated zones such as Ad Diriyah, Al Murabba, Riyadh Boulevard and Batha. It was so successful that authorities extended it from December 15 to March. Last year’s Jeddah Season, attracted 157 F&B projects, including 13 opened by international names. Al Balad, Obhur, the Waterfront, Al Hamra Corniche and King Abdullah Sports City were the favored hotspots. The authorities are hoping that the upcoming Sharqiah Season in the east of the country will be equally successful.

Pop up franchises benefit from the same assets as regular franchises; the reputation of the parent company usually precedes it, thanks to locals who are familiar with international cuisine, meaning they can already account for half of the customers on opening day. Through the agreement, the franchisor also sends the franchisee everything they need to ensure setting up is done in accordance with the brand’s standards, from menus to furniture and ingredients that can’t be found in the country.

When it comes to HR, there are two options, the first of which is to hire staff locally. “The Saudi F&B staff is well trained overall,” said Mohammad Khojah, who runs the franchise of Beirut’s Iris Cafe and has pop-up plans. But if you can’t find people for very specific positions, bringing staff from the parent company can be part of the deal. When Lebanese flagship Al-Falamanki opened for Riyadh Season, 60 staff members came from Lebanon to manage the short-term venue. For Khojah, a pop-up franchise faces the exact same challenges as a permanent branch. “The rules are the same, the only difference is the time limitation,” he noted. The Saudi authorities, with an eye constantly kept on their ambition to turn the Kingdom into a top touristic destination, are lending a helping hand to local investors willing to open franchises. To attract tourists, you need to offer the right services, according to Khojah: “The authorities know it, and for Riyadh Season they helped the most prestigious global restaurant names to open in the capital,” he said. The event was, indeed, a name-dropping, fine-dining festival, from La Petite Maison to Nobu, Coya and Madeo. Star chefs also graced the event with their presence; Nobu Matsuhisa, probably the world’s most renowned sushi chef, came to Riyadh to open his pop-up restaurant, with sold-out reservations and a 10,000-name waiting list, following on from the success of another pop-up branch at Jeddah Season. La Petite Maison’s awardwinning Chef Patron Raphael Duntoye also made the trip, while Spago’s chef Wolfgang Puck cooked his signature dishes. And local investors certainly aren’t skimping on budgets to bring over popular establishments; the Falamanki pop-up venue was sold with a USD 1 million entry fee as a manchise – where the parent company manages its own franchise – and a 5 percent management fee for six months. The concept scored so big that the agreement was renewed for an additional three months, without extra fees, but with royalty and management fees increased to 10 percent. On the back of its success to date, the brand is looking to launch a full-fledged Al-Falamanki outlet in the coming months, according to Tony Ramy who is behind the concept. Ramy now has his eyes on Qatar, where Al-Falamanki is opening in April.

Riyadh Season might be coming to a close, but investors and the authorities are certainly not resting on their popup laurels. The festivals of 2020 are fast approaching, beginning, on March 1, with the Eastern Region Season in the Sharqiyah area, centered on the city of Dammam. Many international and regional brands could win big, with pop-up entry fees sometimes reaching the amounts required to open a longer-term franchise. Against that backdrop, some Saudi homegrown flagships have decided to open their own pop-ups without the assistance of a franchisee. One of them – Shababik – a landmark venue in Jeddah, managed its own short-term version of its lounge cafe in Al-Bujairi during the Riyadh festival. Other F&B professionals are making the most of the pop-up success by going beyond the franchise and manchise, and opening a branch. In some instances, regional franchise experts have been called into the country to manage ephemeral venues.Tony Habre is one of these franchise connoisseurs. In Lebanon, he owns Addmind (Clap, Iris, Bar du Port, among others), and sold Iris Café as a franchise in Jeddah and Riyadh. However, in a series of separate developments, Addmind took over the management of other pop-up venues in the kingdom. Habre believes that the best scenario is a joint-venture format with local partners. For many foodies, the fact that these concepts are short-lived is a major part of their attraction. The feeling of being among the lucky few who manage to get a table and enjoy a once-in-a-lifetime gourmet experience can be thrilling. “It comes to your door,” Khojah said. For franchises, the pop-up format has a major advantage which is to enable them to test the waters, to see if the concept is bankable and gauge the market’s response, before deciding whether to open a permanent venue and making a much bigger investment. “Pop-ups are a great way to get a real taste of the experience,” said Ramy.

Khojah decided to capitalize on the Spanish Super Cup event and try a new Asian and Mediterranean fusion concept from Dubai called Play. For four days in January, Spain’s top soccer teams traveled to Jeddah to compete against each other. “The venue remained open for 10 days during the event,” he explained. “Eventually I would like to see if I can turn it into a permanent structure.”