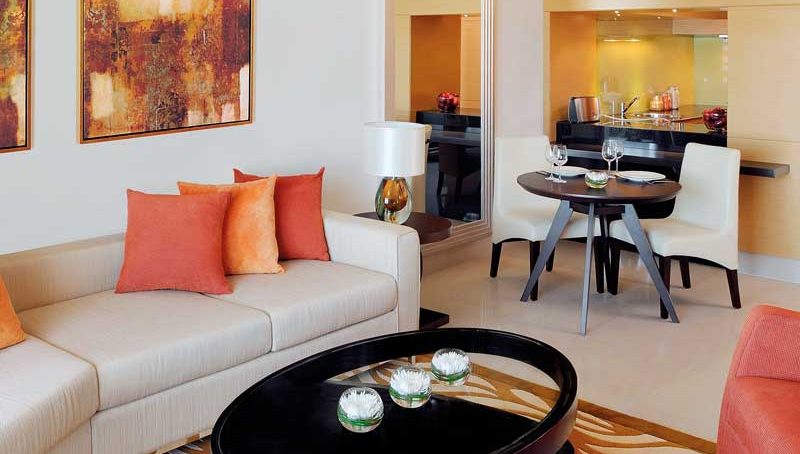 According to 2018’s Global Serviced Apartments Industry Report, there are over one million serviced apartment units worldwide in over 13,000 locations, providing hotel-like amenities. These alternative accommodation facilities have become particularly popular among two categories of travelers, namely the business and family segments. Nada Alameddine, partner at Hodema Consulting Services, explains

Business travelers have long favored fully equipped flats with a homey feel over more impersonal hotel rooms, while larger families often prefer the space and lower costs that apartments offer. Overall, visitors can save up to 30 percent when choosing an apartment. Furnished serviced apartments have undoubtedly benefited from the huge success of Airbnb, enabling them to carve a niche as a middle ground between privately owned homes and hotels. Its latest addition aimed at business travelers – Airbnb for Work – reflects the rising popularity of the model.

Independently managed units go through specialized distribution channels, such as online travel agents (OTA) to reach clients. The most efficient strategies are online direct booking platforms, which allow users to seek out competitive deals, supported by aggressive marketing policies. These account for more than half of the business.

The Middle East benchmark
The trend is gaining momentum in the Middle East, with Dubai’s status as the largest and most mature market in the region making it the target destination for investors. The spike in construction of new hospitality establishments in recent years has benefited the furnished serviced apartments segment – resulting in 232 establishments and 29,000 keys according to Colliers International – alongside more traditional types of lodging. From these units, 35 percent are managed and operated by international operators. Dubai’s portfolio features larger flats than the usual European and American offerings, which enables them to accommodate bigger GCC families. Expats also favor serviced flats, especially those in high-scale buildings. Many properties have thus been converted from residential properties into furnished serviced apartments to meet rising demand.

Gaining momentum
International hotel chains have been keen to get in on the action, although the move to furnished serviced apartments has not been challenge-free for operators. One problem has been the perception that as an offering, furnished serviced apartments are deemed too standardized, sometimes dull and uncustomized. Hotels have tackled these challenges by creating brands that contain hotel inventory, also known as aparthotels, with larger rooms and apartments, designed facilities and amenities. This influx of funding by big players has drastically increased the number of apartments, in some cases by up to 50 percent of their accommodation. Dukes Dubai Hotel in Palm Jumeirah, for example, now has 279 guestrooms versus 287 apartments. Other brands focusing on these offerings include: Hilton (Embassy Suites, Homewood Suites and Home2 Suites); Marriott (with six brands, including Fairfield Inn & Suites, Residence Inn, Marriott Executive Apartments); IHG (Staybridge Suites and Candlewood Suites); Accor (One Fine Stay, The Sebel and Adagio); and Rotana (Arjaan and The Residences). Rotana has even launched a pilot scheme with Airbnb in Dubai, where the online platform is preparing to list some of the group’s inventory.

In Saudi Arabia, Ascott, a non-hotelier group, shares the segment with Boudl, which also operates in Kuwait. In terms of number of units, Riyadh comes second behind Dubai, with more than 24,000 properties and 160 properties respectively, according to Colliers International. Jeddah and many secondary cities also have high potential for expansion. Frasers Hospitality is another name expanding its portfolio in Saudi Arabia, Oman and Kuwait. The Qatari market, meanwhile, is primarily supported by expatriates, a trend that should continue in the coming years. In Egypt, all eyes are on the new administrative capital currently nearing completion, with many investors already contemplating lucrative deals. International chains such as SAS and Accor are diversifying their traditional hotel offering in Cairo to focus on furnished serviced flats.

Lebanon, however, is slightly different; while the country has a mid-end segment, featuring brands such as The Living and The Standard II by Beirut Homes, many fully furnished flats are not serviced and are rented through OTA platforms or property management companies. Short-term rentals are favored by budget travelers, mostly from Western countries.

High occupancy levels
In terms of occupancy levels, Dubai and Abu Dhabi (more than 7,000 units) remain the traveler’s top choices, with a rate of 80 percent. Overall, furnished serviced apartments companies across the region record higher occupancy levels than hotels, but with a lower average rate. However, they compensate for their reduced rates with lower operating costs and higher profitability. 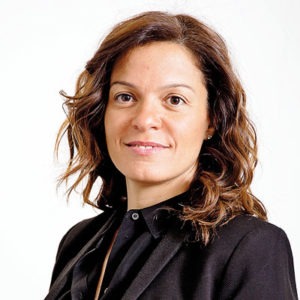 “The spike in construction of new hospitality establishments has benefited the furnished serviced apartments segment – resulting in 232 establishments and 29,000 keys”