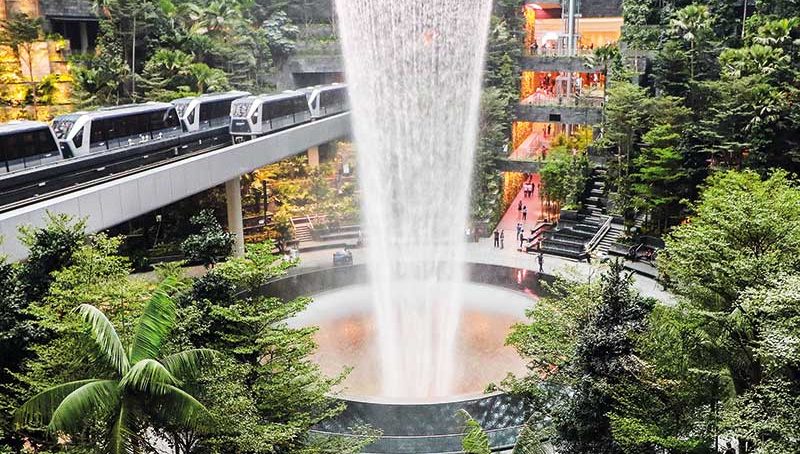 Airports! What’s the difference between one and the other? Generally speaking, they feature the same familiar components, such as a terminal, runway, departure hall and control tower, and carry out the same overall functions, from check-in and customs to baggage reclaim. Given these mainstays, Chirine Salha, senior consultant at Ulysses Consulting, tells us what sets some airports apart from others

Several major international hotel brands were founded or have been owned by airlines, including InterContinental (founded by Pan Am) and Hilton International (founded by TWA). However, whereas, at the time, they were originally needed to provide accommodation for airline crews and the airlines’ passengers, they are today becoming an important convenience offered near most airports.

Demand drivers
Indeed, scan the current scene today, and you’ll find that after entertainment and retail, the biggest share of airport space today goes to hotels. Moreover, given that the International Air Transport Association (IATA) expects air passenger traffic to double over the next 20 years, the development of airport hotels is set to grow.

This increase in air traffic implies more flying hours throughout the day, with landings and take-offs multiplying at odd hours, and with more transit passengers needing to be at the airport at awkward, inconvenient times.

While transit airline passenger movement is an important consideration, it’s not the only driver of airport hotel demand, with other factors also influencing the decision of some to stay on site. For example, just as time management motivates the urban passenger to avoid city congestion by seeking accommodation near an airport, nearby lodgings also provide a useful solution for travelers in rural areas who want to avoid the long drive ahead of take-off at odd hours.

Approximately 2,500 airport hotels, or nearly 333,000 rooms, were all that was available in the 2018 USA airport hotel markets. The lack of room inventory at airports led to this segment outperforming the US occupancy average by 7.6 percent and this imbalance in supply and demand is mirrored across other parts of the world.

To determine if an airport hotel project makes economic sense, the surrounding area should be examined for growth and existing supply and demand patterns, and the rates calculated in relation to hotels already operating in the area.

The closer the hotel is to the terminal, the easier the access, the faster the link and the better locational advantage, heightening its attractiveness to investors. Although occupancy levels in airport locations are often high, the average daily rate (ADR) is lower than those in city center locations. Hotel buildings that are physically connected to airport terminals usually achieve higher occupancies and ADRs than off-site properties.

However, the decision to build at a specific location should not be taken based on proximity to the terminal alone. Most developers lease the land from airport management and sometimes, the more attractive the location, the greater the likelihood that the airport will eventually reclaim the land back for site expansion, new terminals or new runways.

Indeed, although hotel grounds are for the most part leased, some are airport owned. The advantages of airport ownership include long-term control and higher returns since no rent is applied. If the hotel site is reclaimed for expansion, the process will be easier, since there is no negotiation with a third party. Westin Denver, which includes a public plaza and train station connecting to downtown Denver, is a prime example of an airport-owned hotel.

City standards coming to the airport
Airport hotels are upgrading their facilities to appeal to a more sophisticated clientele. Many modifications are being implemented in the supply offer, with some properties getting downright fancy. Standards you would expect from a city hotel are making their way to airport properties. Amenities and conveniences offered range from ritzy pools and gyms, and sophisticated dining experiences to convenient conference rooms that are increasingly serving as central meeting points for various groups coming together.

This need for business meeting destinations without the hassle of transit has propelled the development of full-service properties at airports. Such hotels feature a restaurant, lounge and meeting facilities, with some even adding co-working office space.

Featured among the current best airport hotels
Your passport’s to hand and your case is packed, but which airport hotel should you collect your key from? Skytrax has named the 563-room Crowne Plaza Changi Airport as the world’s top airport hotel annually since 2012, while Condé Nast Traveler gave that same property its best airport hotel title in 2016. Room features helping to sway their decisions include courtyard or runway views, a swanky outdoor pool and soundproofing against runway noise.

“The advantages of airport ownership include long-term control and higher returns since no rent is applied. If the hotel site is reclaimed for expansion, the process will be easier”

The Dubai Stars by Emaar is now officially open