Smart goals: Out with the old, in with the new! 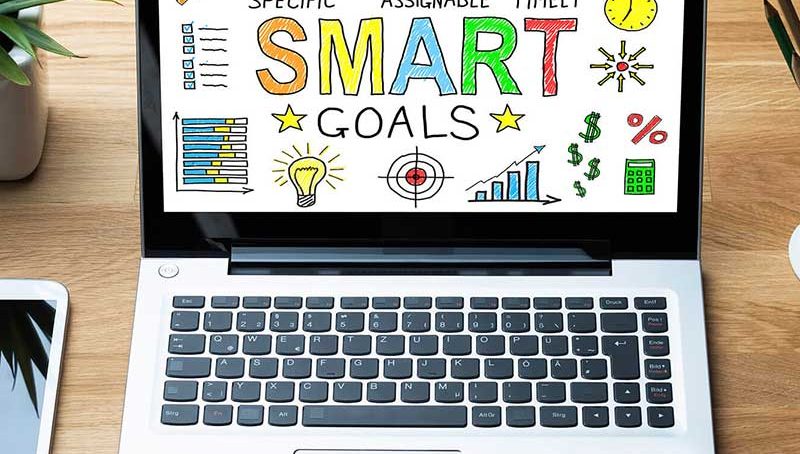 Smart goals: Out with the old, in with the new!

It may come as a surprise to some to hear that SMART goals were originally created in 1981, well before the emergence of the internet, laptops and smartphones, at a time when the vast resources that are today available at your fingertips were mostly only found in libraries. Mark Dickinson of DONE! Hospitality Training Solutions reinvents this well-known acronym

SMART goals were defined as goals that were Specific, Measurable, Achievable, Realistic and Timely. A global industry was subsequently born and consultants, businesses and individuals were ushered into a new world of performance and measurement. Managers could now set objectives and hold people accountable for getting things done in a fixed time; very useful and highly effective. What started off as a valuable tool has largely remained the same over the past 30 years or so, with the idea of changing this tradition anathema to most, sentiment being: why fix it if it’s not broken?

What’s not SMART
The problem with SMART goals is that they lack something very important – the ability to inspire. Managers work on their goals and get rewarded according to their ability to deliver results; however, they just don’t quite achieve it. The excitement of working towards these types of systematic goals is not the prime motivator. Today we live in a world that is full of choice. We have more choices than ever and we have information in abundance. Traditional SMART goals Slowly Make Average Results Typical. People play safe. They work to their comfort zones, dumbing down the goals to ensure that they are achievable in order to get their reward. SMART goals are often tied to financial rewards, so building into their goals the guarantee of achievement ensures that these goals are going to be on the safe side. Why would you work on a goal that you are definitely not going to reach? The default of the mind: play safe! Make goals that you are sure you will achieve, thus ensuring you’ll get the reward. Build-in margins for failure that allow for rewards for partial success has become part of our modern psyche. Today we need something better; something that encourages our spirit to rise to the challenge, something that, for the want of a better word, ‘motivates’ us to greater achievements. If SMART goals are going to truly be smart, they must elevate us to a higher plane, stimulate our powerful selves and create desires that activate our internal reward system. SMART goals must become smart. It is time to reinvent the SMART goal and make it work for us:

Sexy
If we love something, it must be attractive and generally interesting. We were created to procreate, and sexy things attract us like nothing else. Sex appeal draws our attention and lures us in. Advertising is perhaps the greatest example, using allure and suggestion to attract us to a product. When we set goals, they must be sexy. They must tantalize us, create that sense of unfulfilled excitement that may await if we get what we desire. When creating goals, they must be sexy. They must appeal to the imagination and cause an elevation in heartbeat, a proposition in the mind that if fulfilled, will flush our brains with serotonin and dopamine, the same neurotransmitters released by sexual activity. Goals must get us fired up. Excited.

Massive action
Goals must cause us to jump. Move. Act. Do things that we have never done before. Rise to a higher level. They must cause us to become the best version of ourselves. We are not stimulated by number-related goals. The theory of motivation is topped by self-actualization, not by money. By achievements. Athletes do not compete to be number two, teams do not play to lose, movies tell stories of heroes doing the unimaginable. Massive Action is critical to outstanding performance. If a goal does not demand Massive Action, then anyone can do it. Our goals must create a powerful inner force that generates movement at a higher level than we have ever previously attained. We must be focused on doing better than ever before, do more than we have ever done before, fight for 100 percent, and nothing less.

Radical
Radical means to affect the fundamental nature of something; far-reaching or thorough. The goal must put us on the edge of greatness, it must be seen as crazy. As Steve Jobs said, in his Apple relaunch way back in 1997, “The ones who are crazy enough to think that they can change the world are the ones who do.” You see, for you to have an impact on this world you have to have goals that are radical, game-changing, magical.

Triumphant
When setting a SMART goal you must dream, you must have a sense of wonder, a small nagging doubt that you have to ‘go all in’ to get it, and evoke the feeling that you may not be able to achieve it unless you give it everything you’ve got. Only then will the goal inspire you to play all out. To take Massive Action, to be the greatest version of you and to deliver something that the world will look back on and say, “Wow! However were you able to do that?” And the secret wrapped in that answer will be that your goal was unreasonable. While you are working on this kind of goal, those watching will say you are crazy to try; they will try to dissuade you from doing it because it is so unrealistic! The exact opposite of the old SMART goals! These new SMART goals make you stay up all night working to make them happen, driven on by the dream of Triumph. Change the world by changing your goals. Dump those old SMART goals in the trash and start working for things that make you feel alive, excited and challenged, and which, when attained, will leave everyone else scratching their heads and asking, “However were you able to do that?” 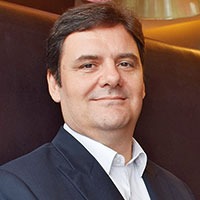 While you are working on this kind of goal, those watching will say you are crazy to try; they will try to dissuade you from doing it because it is so unrealistic!

4 things that are wrong with hospitality

Ownership versus Employee a Battle of Two Mindsets