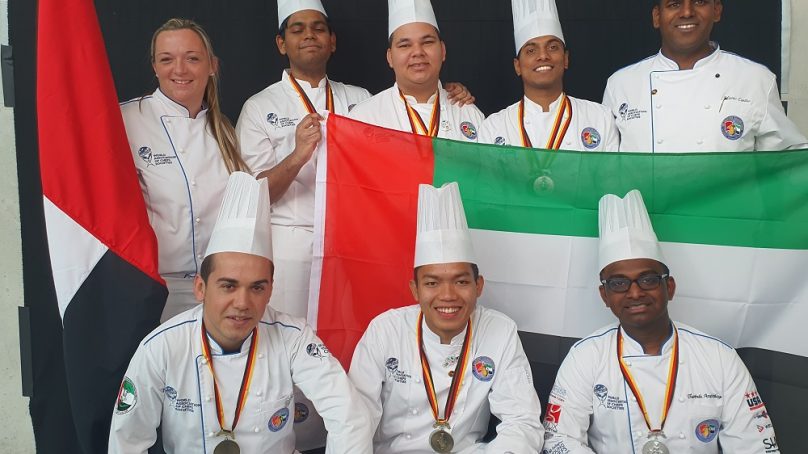 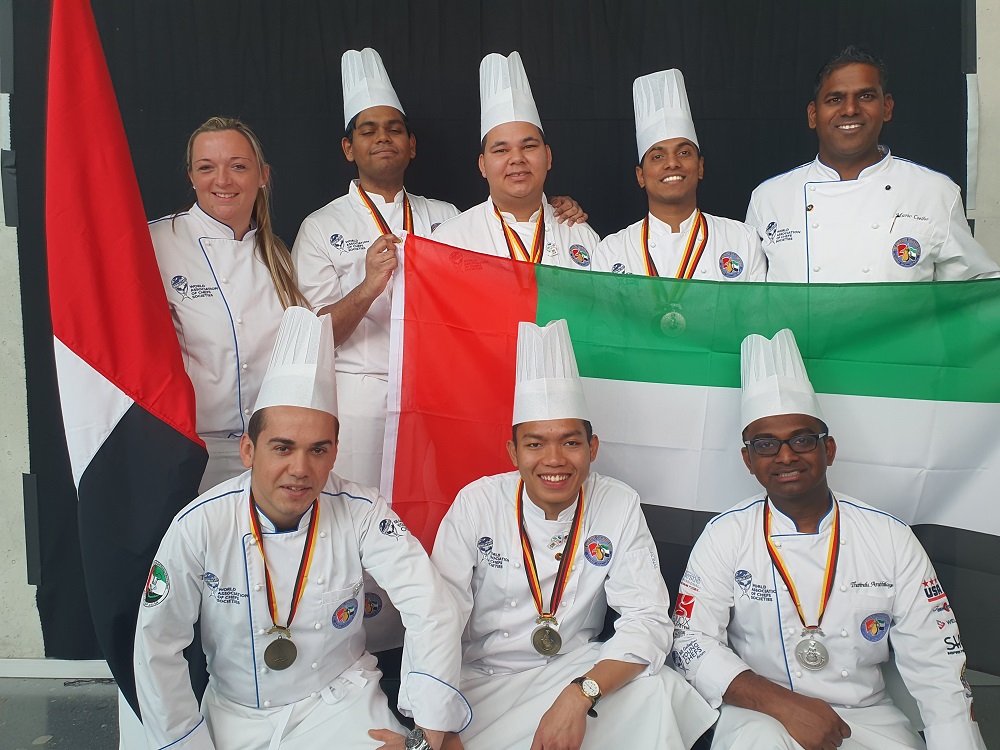 The Emirates Culinary Guild sent a team of 27 chefs from all over the United Arab Emirates to Compete at the Culinary Olympics 2020 in Germany. The team returned home to the UAE carrying 45 medals for winning competitions, including 21 gold, 16 silver and eight bronze medals.

The team included a Young Chefs Team and 12 artists to represent the UAE. They competed against more than 35 culinary teams from around the world including Singapore and Sweden.

The Young Chef Team won a silver medal for Restaurant of Nations and a bronze medal for the Chef’s Table.. This is an outstanding achievement for the Young Chefs Team who competed for the first time against seasoned teams with more than 20 years of experience.

The team consisted of pastry chefs, artists and chefs from around the Emirates from various hotels and establishments.

“The team has made us proud as a country and Culinary association for showing the quality the Emirates can do” said Guild Chairman Andy Cuthbert General Manager Jumeirah Creekside Hotel and Madinat Conference Centre, when asked about how he felt the competition contributed to the emirates Hospitality landscape. “The young chefs can be very proud of their achievement in Germany” he added.

Uwe Micheel Guild President added: “To lead such a young team and be rewarded with so much recognition from the international culinary community, is very rewarding personally and professionally, I have dreamed of this moment for many years as President of the Guild for the past 20 years. It was with pride to fly the UAE flag high.”