The Revival of Egypt's Tourism Industry 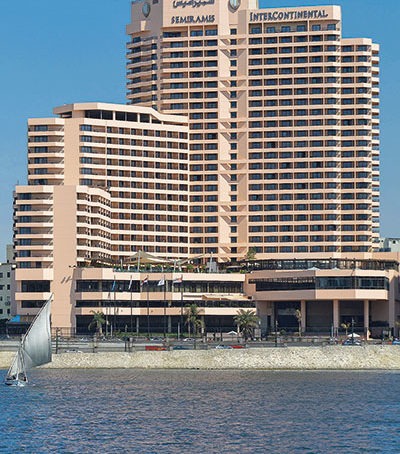 Egypt has transformed over time from a cultural and historic heritage-centered country to a more diversified and leisure-oriented, mass-tourism market. As such, it has become the country of choice for a diverse touristic experience, combining culture, adventure and relaxation, which has provided it with resilience to confront the significant challenges it has faced since 2011.

Challenging headwinds
Prior to 2011, Egypt was one of the world’s largest tourist destinations and the main draw for travelers visiting north Africa, welcoming 14.7 million visitors annually. In 2010, the sector employed about 12 percent of Egypt’s workforce, generated revenues of nearly USD 12.5 billion and contributed more than 10 percent of GDP. However, the political and economic instability following the 2011 Egyptian revolution and the military coup in 2013 shattered Egypt’s tourism sector, while also severely damaging the associated hotels, restaurants and related services. The economic ripples of this downward spiral were further exacerbated by a series of terrorist attacks and airline disasters, beginning with the downing of a Russian airliner in Sharm el-Sheikh in October 2015, killing all 224 passengers — most of them tourists — which led to Russian flight bans and flight restrictions from other countries.
Although the country has been marred by political turmoil and social unrest, the sector began to show signs of recovery at the end of 2016 following the devaluation of the Egyptian pound. It continued to bounce back through 2017, though performances remained below their peak levels of 2010.

Reversing Egypt’s fortunes
Egypt was the second-fastest-growing tourism market in the world in 2017, according to a United Nations World Tourism Organization (UNWTO) report, with local officials reporting that industry revenues jumped by 170 percent in the first seven months of the year. Arrivals totaled 5.9 million between January and September, the Ministry of Tourism reported, up from 3.8 million over the same period in 2016. By the end of 2017, visitor numbers had risen to 7.263 million, with forecasts from BMI indicating that volumes could reach 9 million by 2021. The government has recently embarked on significant efforts to boost the sector, including devaluing the Egyptian pound, which has helped to attract tourists looking for a low-cost destination. The country also issued a new investment law (no72 of 2017) as part of its endeavor to fulfil the needs of the local business community and attract foreign direct investment. Hallmarks of the law include incentives, investment guarantees, reduced bureaucracy and simplified processes and procedures. The General Authority for Investment and Free Zones (GAFI) is playing a key role by acting as a one-stop-shop for all investment-related licensing procedures. Egypt is also offering incentives and reducing levies for airlines and tour operators in order to draw more visitors to the country. On a separate, but equally important note, the security situation has improved and flight restrictions are easing, after the government spent millions of dollars tightening airport security procedures. Egypt has been working in particular on resuming air travel between Cairo and Moscow, while several agreements have been signed recently with China and Romania, paving the way for bilateral promotion of the tourism sector.

An optimistic outlook
A strong indicator of Egypt’s mature tourism industry and promising future is the upcoming pipeline of capital-intensive luxury hotel developments, driven by both government reforms and incentives, and the long standing, strong tourism fundamentals which are at the very base of the Egyptian economy. Global hotel operators, banking on the market’s long-term growth potential, have maintained their development plans for Egypt, with a number of high-profile hotel openings expected by 2019. Egypt is the leader in new hotel developments in Africa with more than 50 hotel projects currently underway. It is in this context that Starwood decided to penetrate the Egyptian market by launching the ST. Regis hotel, set to open in March, a project representing a total investment of USD 1 billion. Hilton hotels worldwide has also announced recently that it aims to increase the number of hotel rooms it manages in Egypt by 40 percent by the end of 2022. Similarly, Emaar Hospitality Group has revealed plans to develop a hotel, Vida Marassi Marina, in Marrasi resort on the Mediterranean coast, as the first project under the company’s Vida Hotels and Resorts brand in Egypt.
Another key example of the commitment of international chains to continue their long-term development plans in the country is the signing of InterContinental Hotel Group for a 187-room new hotel to be built in Cairo. BMI expects the number of hotels in Egypt to number around 930 by 2021, up from 730 in 2017. Egypt’s revitalized tourism sector is also considered to be diverse and dynamic, holding the potential to grow well beyond the traditional cultural and leisure segments. Among the highly promising niche areas witnessing investments are residential tourism, together with the eco, business, conference and religious segments. Healthcare tourism is another niche area ripe for growth, driven forward by the development of medical centers at tourist resorts, as evidenced by Porto Ghalib in Marsa Alam and the Marassi project on the north-west coast. The Egyptian government itself acknowledges the importance of the industry, with the Tourism Development Authority (TDA) supporting the state’s policy of a sharp focus on tourism development, recognizing it as the second-highest contributor to gross national income. Among its key roles, the TDA manages and develops desert lands to establish tourist regions, and guarantees a flexible and efficient interaction with investors. Positive forecasts of increasing visitor numbers and higher levels of capital expenditure, as well as progressive reforms resulting in a raft of decision-making and laws, provide an optimistic outlook for a country that has endured a tumultuous few years and make for good investment opportunities in the long term, building on a strong tourism foundation. 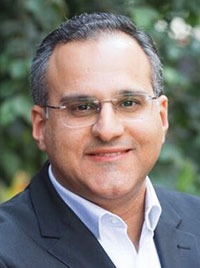 • The IMF expects an increase in tourism revenues from an estimated USD 4.4 billion by the end of fiscal year 2017/2018, rising to USD 6.2 billion in 2018/2019, USD 8 billion in 2019/2020, USD 10.3 billion in 2020/2021 and eventually reaching USD 13.3 billion in 2021/2022.
• Egypt benefits from diversified source markets across Europe, Africa, the Middle East and North America. Some European countries have relaxed travel advisories, which should continue to boost tourist numbers.
• Egypt was honored as the best luxurious tourist destination in 2017 by the committee organizing the awards distribution ceremony of the Pacific Area Travel Writers Association.
• Egypt offers good potential for domestic tourism. The government is strongly supporting this segment, investing in programs such as ‘Egypt is in Our Hearts’, aimed at increasing the number of domestic visitors to destinations such as Luxor and Aswan.
• While the country is well served by global and local 5-star hotel chains, there is considerable scope for investment in the 3-to-4 star hospitality segments to cater to the projected increase in the number of tourists visiting the country.
• Core areas looking promising for investment include: hotels; residential tourism; therapeutic tours; nature/desert safari; eco-tourism; and medical/health tourism.