No Time for Brain Freeze: What’s Happening in the World of Ice Cream

No Time for Brain Freeze: What’s Happening in the World of Ice Cream 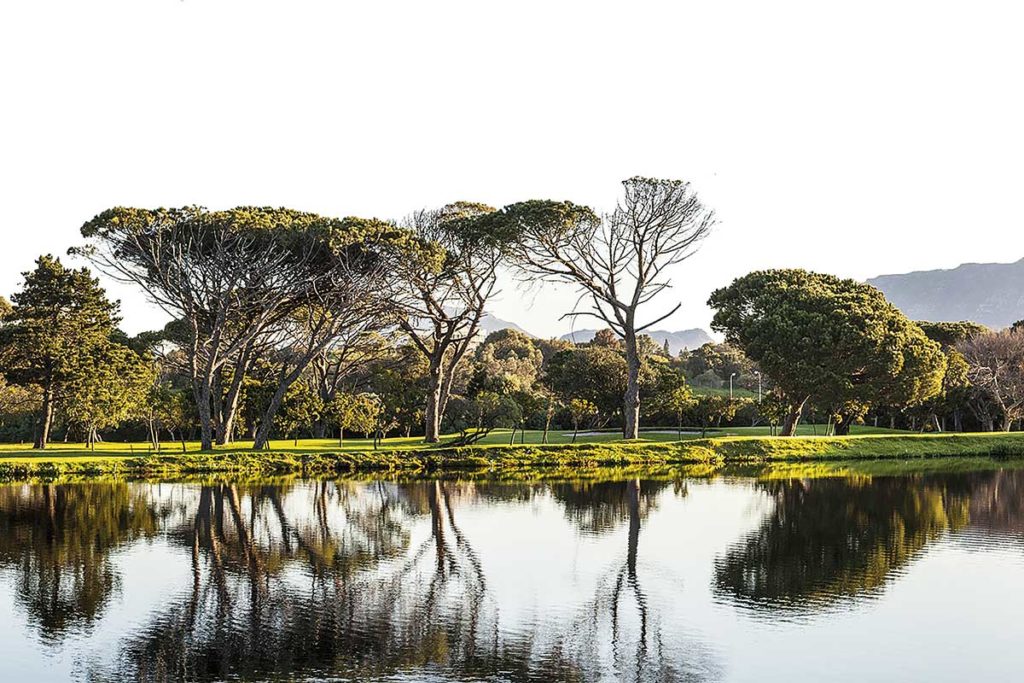 The ups and downs that the Middle East has experienced in recent years have weighed heavily on tourism. Instability, conflict, travel bans and economic crisis in some areas have all taken their toll on inflows of visitors and their ability to travel around the region and abroad, prompting governments to look inward to compensate. Nada Alameddine, partner at Hodema, elaborates

Lebanon’s locals tap best-kept secrets
A case in point is Lebanon, where conflict in neighboring Syria, followed by the travel ban on GCC residents, dealt major blows to the industry. However, more recently, relative political stability has benefited local businesses, with Lebanese themselves going back on the road to tour their country. Domestic tourism has always been the first sector to bounce back when things calm down, for the obvious reason that locals have firsthand experience of the changing situation on the ground. Another reason in Lebanon’s case is that given the small size of the country, day or overnight trips are easy to organize, and in only a couple of hours you can get out of town, enjoy a change of scenery and take a breath of genuinely fresh air. Figures are there to support the trend; according to a BlomInvest Bank report, the domestic tourism industry has grown from USD 1.17 billion in 2016 to USD 1.19 billion in 2017. The World Travel and Tourism Council (WTTC) confirms current momentum, while also forecasting a 4.3 percent yearly rise until 2027, at which point it expects domestic tourism expenditure to reach USD 2.35 billion.

Being an ‘inner tourist’ also implies that you know the ins and outs of your country  and won’t necessarily only head for the obvious attractions, such as Jbeil, Baalback or Beiteddine, that foreign visitors favor when they arrive on a short trip, but rather explore much wider options. Some will opt for religious or historical sites, or go for a stroll in urban areas, where walking tours are now offered, while others will choose outdoor sports, such as hiking, skiing and trekking or simply indulging their love for local delicacies by visiting eateries and wineries from north to south of the country. However, the new kid on the block is definitely rural tourism, incorporating a broad range of segments that range from nature and community to eco and agro-based tourism, all offering a fresh take on the country and its unspoiled landscapes.

This success, supported by traditional rural friendliness, relies on the setting up of guesthouses and Bed and Breakfast (B&B) facilities, many of which are enrolled in the Diyafa association, a network in the rural tourism and hospitality industry promoting guesthouses across Lebanon. It gathers together 30 establishments under one umbrella, offering 181 rooms across the country, from the snowy mountains of the Qadisha Valley to the coastline of Batroun down to Mount Lebanon, the Bekaa Valley and Tyre. Their standards and prices vary, but all pride themselves on offering a unique take on tradition. The campaign ‘Live Love Lebanon’, launched in partnership with the Ministry of Tourism in 2014, has also been actively promoting local attractions, as well as the project Lebanon Industry Value Chain, supported by USAID.

The drought in Gulf tourists, as well as the rise of middle class Western travelers, has shifted the hospitality offer from 5-star urban hotels to lower-cost and alternative establishments, both in and out of town. Lebanese visitors, who are seeking something different from the usual touristic offer, have proved to be instrumental in making these projects successful. Since they’re closer to home, local tourists are often looking for a different type of experience, in a price range that enables them to make more frequent trips. The fact that domestic tourists are not subject to costly flights and visa paperwork broadens the social spectrum, with local travelers varying in levels of disposable income. The hospitality and food and beverage offer thus needs to adjust to meet the requirements of this varied market.

Supporting the common cause in Egypt
In Egypt, domestic traveling now makes up 75 percent of the sector’s GDP, while foreign spending, which had been filling the coffers of the country for decades until the Arab Spring, is struggling to pick up, plagued by political instability which has also had a negative impact on the Egyptian passport and left many locals struggling to get a visa to travel abroad. The main economic hub of Cairo is home to a growing middle class with rising purchasing power that tend to go to nearby areas for short stays on a regular basis. Many of them own an apartment, villa, or property within a mixed-use development compound, either outside Cairo or in a seaside resort, such as Marsa Alam on the Red Sea, or Porto Marina next to Alexandria. Flagship hotels that traditionally depend heavily on foreign visitors are also performing better, thanks to a change in strategy that has seen them shift their offer to local businesses hosting events for Egyptians, due to international traffic slowing down. The ‘My country is beautiful’ initiative launched in 2013 has also given a boost to the industry, with discounts offered to domestic travelers. In the aftermath of the Metrojet plane crash, the government also pledged USD 5 million to assist the initiative and President Sissi himself asked Egyptians to support local tourism.

Cashing the bill in Jordan
Jordan has been less successful in its efforts to boost hotel occupancy rates by enticing local travelers. While it continues to enjoy its status as a hotspot for foreigners, the country, renowned globally as a historical and beach destination, is seemingly being given the cold shoulder by its own residents. Almost 92 percent of travel spending comes from abroad, according to data from the WTTC. High fares and an expensive transportation system are cited as reasons for a poorly performing domestic travel market, with hotel owners pointing their fingers at hefty taxes and electricity fees that make it impossible for most Jordanians to afford overnight stays.

Saudi Arabia’s charm
If there is one example of a regional success story when it comes to local tourism, it has to be Saudi Arabia, with the Kingdom representing the only country in which domestic traffic outpaces foreign visitor numbers. The authorities are betting big on the tourism sector in its entirety, by introducing a wide range of incentives and measures through the long-term strategy for the country – Vision 2030. By 2027, the industry is expected to contribute more than 11.1 percent of total GDP, according to the WTTC, in a boom that will also benefit local visitors. According to research by Euromonitor International, the country will see a 40 percent rise in the number of internal trips made between 2015 and 2020 in growth that will most likely outstrip the increase in foreign arrivals. Vision 2030 has outlined an ambitious plan to increase household spending on cultural and entertainment activities inside the country from 2.9 percent to six percent. Initiatives such as ‘Live Saudi Arabia’ and ‘Leave No Trace’ are encouraging locals to visit historical sites and preserve the environment. ‘The Colours of Saudi Arabia’ forum organizes photography events and thousands of visits each year to the popular Janadriyaha and Jeddah Ghair festivals. Numerous hospitality projects are also underway in the cities of Riyadh, Jeddah and Al Khobar. More than 60,000 new rooms are currently in the pipeline in the capital city alone, while a record 68 new hotels opened across the country in 2017. Several international brands, including Nobu Hospitality and Rocco Forte Hotels, have recently made their debut in the local market.

Spoiled for choice in the UAE
The UAE remains eclipsed by neighboring Saudi Arabia when it comes to local tourism, with domestic spending reaching just 26 percent of the direct Travel & Tourism GDP in 2016, compared with 73.9 percent for foreign visitors. These figures can be attributed primarily to the difficulties involved in obtaining a visa to enter Saudi Arabia, while entering the UAE is a much easier process for foreigners, irrespective of whether their visit is for leisure or work. New attractions form part of broader efforts to encourage Emiratis to remain closer to home. In Dubai, diverse projects,  ranging from a new extension to the Dubai Mall and the Dubai Design District (D3) to an opera house, the Etihad Museum and even a virtual reality park are springing up. Food-savvy residents will also find additional places of interest to tempt them, such as La Mer – a development by Meraas – and Marsa Al Seef. Abu Dhabi is also keeping pace with its peers, with new leisure hotspots, such as Saadiyat Island, which has made a name for itself with the opening of the Louvre Museum, Al Reem Island and Yas Island, attracting visitors in their droves.

The northern emirates also have a lot to offer, including sandy beaches a stone’s throw from home and large hotels attracting more and more visitors. Ras al Khaimah has unveiled new attractions, such as an observatory and the world’s longest zipline in Jebel Jais, a whole range of food festivals and the largest aerial firework shell on Al Marjan Island. Moreover, the ‘no alcohol’ policy in some hotels, which can be a disincentive for foreigners, won’t deter residents who make up most of the clientele.