Castania has a new identity that embraces modernity 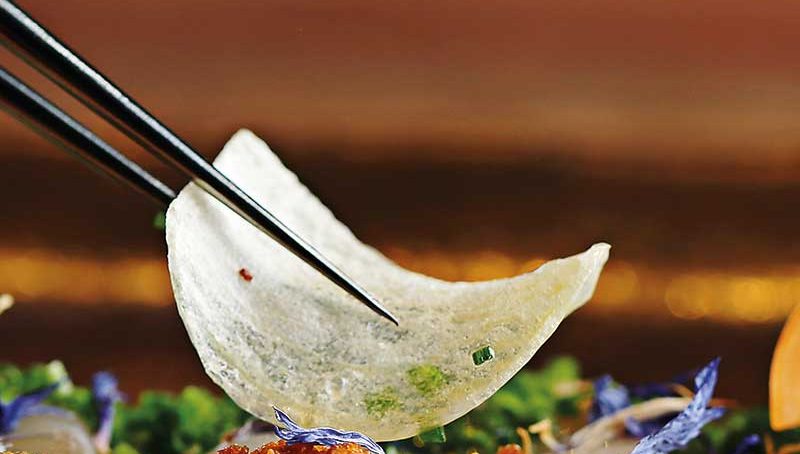 Sharpen your knives and fasten your aprons: it’s that time of the year when we look at what’s going to be on trend in the coming months. There are no major outsiders in this year’s trends – food lovers are continuing to set store by healthy eating, traceability and authenticity, alongside efficiency and creativity in their dining options. However, classic establishments, such as sushi restaurants and steak houses, are also returning to the spotlight. Nagi Morkos, managing partner at Hodema consulting services, gives us the must-know trends for next year

1. Eating (even) more healthily
Healthy food definitely remains a major trend, albeit not a new one. The year 2019 is all about clean, natural, organic eating, free from anything that can obstruct your liver and arteries or disturb your colon. The war on additives and pesticides is on, and this crusade will probably remain alive and well for several years to come as the Western world’s eating habits are shifting toward a more sustainable way of living. Organic produce is dominating the supermarkets’ aisles, while all-organic stores are popping up everywhere and farmers are moving to grow organic, seasonal and local fruits and vegetables. The beauty aspect to healthy eating is also high on the agenda for many; a better regimen can mean brighter skin, less wrinkles and a longer life. Along the same lines, probiotics and fermented foods, which keep our stomachs happy, are continuing to gain in popularity. Additionally, traceability is a key word. Most consumers are concerned about what happens before they take receipt of the end product. Deforestation, ocean pollution and plastic waste are all hot topics today, prompting people to demand sustainable food in sustainable packaging.

2. Veggie and vegan mania
With several farms and slaughterhouses receiving bad press for poor hygiene and failure to meet food safety obligations and improve the living conditions of cattle and poultry in recent times, thousands of people are turning their backs on meat. The move has led to a significant rise in the popularity of grains and plant-based foods. Alongside the traditional soya steak, a whole range of new ingredients and plant alternatives are now more readily available, from tofu and chickpea meat substitutes to dairy free milk and ice creams. The anti-ageing power of certain ingredients, such as berries and grains like almonds, strawberries and aronia, and their antioxidant virtues, will see them play a larger part in our diet in the near future.

3. Fast, convenient and tasty
The 2020 food lover is also time-strapped, defined by a busy, hectic schedule, eating on-the-go, takeaway meals squeezed into their day. However, things have moved well beyond yesteryear’s practice of eating an unappetizing sandwich at a desk in between meetings. Busy people are simply not prepared to sacrifice their healthy eating routines or demand for quality food today just because they’re in a rush. As a result, F&B developers are cashing in on the trend and adjusting their menus and meals to meet time constraints, while enhancing key flavors. Taste has become central to our eating criteria and new flavors and formats are being tried and tested on a daily basis in street food corner shops and high-end establishments alike.

So how do these significant food trends translate onto our plates? Here’s a peek at what’s shaping the Middle East F&B landscape.

4. The Omakase craze
While Japanese cuisine has long been a favorite among many, a somewhat new take on it named Omakase is fast becoming all the rage. Translating from Japanese as “respectfully leaving another to decide what is best”, Omakase promotes the idea that the chef should decide what the client will eat. The chef then prepares a fixed-price menu of consecutive dishes, all of which are served as a surprise to your table. What started as a sushi-only experience has now spread to other cuisines.

5. Hungry for a good steak?
Against all the odds, given the veggie climate, steakhouses are still going strong. People are eating less meat, but when they do fancy a steak, they want it to be a good one. Some chains are winning the loyalty of steak lovers across the region, including the latest fad, Turkish-based Nusr-et, run by star butcher and chef Salt Bae. He has now launched branches in Dubai, Abu Dhabi, Doha and even New York, Miami and Mykonos.

RELATED CONTENT  Leisure & recreation: What are your plans for the weekend?

6. Chefs and bistronomy
Chef restaurants have remained a favorite, with new faces emerging in the region. UAE and Qatar are hotspots for both local and international chefs, including rising and established stars. Italian celebrity chef Massimo Bottura, French guru Alain Ducasse, British TV star Gordon Ramsay, Yannick Alleno and Korea’s Akira Back, to name just a few, have successfully opened their doors in the Middle East. The ‘bistronomy’ is also here to stay. Merging the concepts of bistro and gastronomy, the trend translates into Mediterranean casual fine dining. Molecule restaurant and lounge in Dubai, together with Baron in Beirut, with Chef Tommy Kargatzidis, have been the trend’s flag-bearers in recent years.

7. Regional flavors
Renewed interest in local produce has brought traditional recipes back into fashion. Saudi, Emirati and Kuwaiti food, which had been neglected in favor of international flavors, is now fighting back, supported by oriental street food, such as shawarma and Falafel. Indeed, these two gold standards have never disappeared and are in fact still a regular meal for many in the region. Another local tradition which is thriving is shisha. The social habit remains popular, despite several smoking bans across the region.

8. In fish we trust
Middle Eastern seafood lovers will be happy to hear that fisheries across the Gulf are supplying restaurants with mouthwatering produce and fish-based innovative recipes. Unsurprisingly, given its health benefits, consumption of seafood is going up. Lebanese brands Ibn Al Bahr and Babel are proving to be a particular hit in Dubai, while in Lebanon, Em Sherif Sea Cafe ranks among the top spots.

9. Far East meets Middle East
Although Asian flavors are already a classic, thanks to the community living in the region, restaurants remain focused on perfecting their dishes, from street food Chinese noodles to high-end Vietnamese gastronomy. Zuma, Nobu and Clap Beirut are ensuring that Pan-Asian cuisine remains on trend in the Middle East. Other exotic influences, such as Mexican tacos, are making their mark on the international restaurant scene.

10. The third wave of coffee
Cafes and coffee shops are on a mission to serve you your morning fix. The traditional hot beverage has now become a specialty coffee experience, with Australian-style beans taking over the market – also called the third wave of coffee. Starbucks Reserves have made regular java a high-end thing, with beans carefully selected from Colombia, Vietnam and Kenya. Cold-brew coffee is particularly popular, since it can be bottled and enjoyed on the go. Nitro coffee, which consists of cold brew coffee infused with nitrogen gas and put through a draft system, just like beer, is also making waves. This thick beverage has become so popular in the US that Starbucks has started to serve it in the UK. In Lebanon, the hotspots are Sip, Kalei Coffee Co. and Backburner, while in Dubai, Emirati Coffee, Alchemy and Pastryology – to name a few – are Instagram darlings. Some coffee houses have also developed co-working areas, a habit that has become highly popular among young professionals.

11. Doorstep deliveries
Today’s food and beverage landscape is shifting into a new era. Driven forward by advances in technology, the long-popular delivery trend has officially taken over people’s eating routine. The meal delivery service business is on course to reach two-digit growth. All types of cuisines, from snacks and a cup of coffee to fine dining, can now be brought to your doorstep. The delivery system has also helped promote coffee shops, local snacks, and local and international bakeries, as well as Asian cuisine. With Uber Eats and Toters, your next meal is no further away than the press of a button on your phone.

Alongside the traditional soya steak, a whole range of new ingredients and plant alternatives are now more readily available, from tofu and chickpea meat substitutes to dairy free milk and ice creams 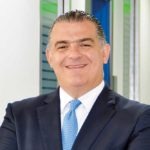 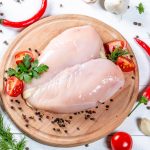 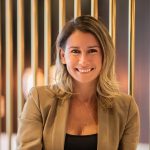 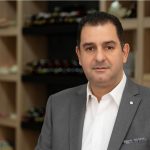