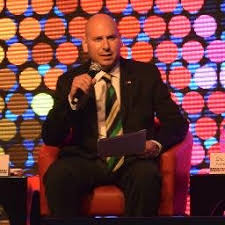 Karim Miknas has been part of the Lebanese F&B scene for almost a decade, when he took over the management of McDonald’s franchises in the country. But Miknas Food had its start in Bahrain, helping to boost food culture and the leisure industry there. HN spoke with Miknas to highlight their business evolution and role, as well as their future developments.

Tell us more about Bahrain, and why did you pick this market to found business?

Bahrain is an awesome place with a very educated, opinionated, and curious population.  It was an uncharted new space for the advertising business, and very close to KSA for an enterprising, adventurer like my father Akram.  He established FP7 there in 1976, just eight years after starting in Beirut. My mom, brother and I stayed behind until the civil war became unbearable, then joined my dad in Bahrain.

Tell us about your properties in Bahrain?

Though hospitality is far from my father’s main business interest, so much happened in so many years.  It all started with La Taverna in 1978, the first and most successful Italian restaurant in Bahrain at the then Grundy Hotel, later the Oasis Hotel and then the City Centre Hotel until it was finally shuttered in 2015 when two and three star properties were no longer permitted to operate.  During that time we had so many outlets in such a small spot – La Taverna of course, Spat’s Wine Bar, Kawa Japanese Restaurant, Asia Restaurant and Lounge, The Key club, the infamous Tarbouche restaurant, Likwid club and even a Seychelloise spot called Coco de Mere!  We also took on the late-night leisure industry with BJ’s, Club Seven and Level nightclubs.  When Formula 1 came to Bahrain in ’04 we dominated year on year, EVERY year with ‘THE’ best parties.  Today what remains is mainly the independent Camelot restaurant and lounge, JJ’s Irish pub and the Coral Bay Hotel & resort where we have relocated, refreshed and rebranded La Taverna in a ‘sul mare’ or on the sea location and Rayés our Lebanese restaurant. 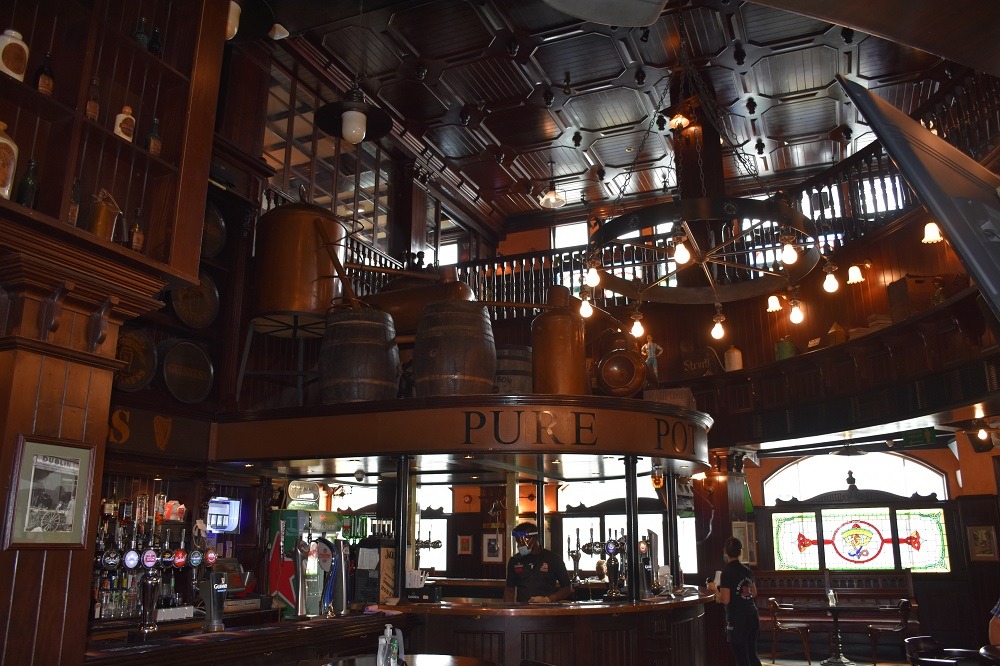 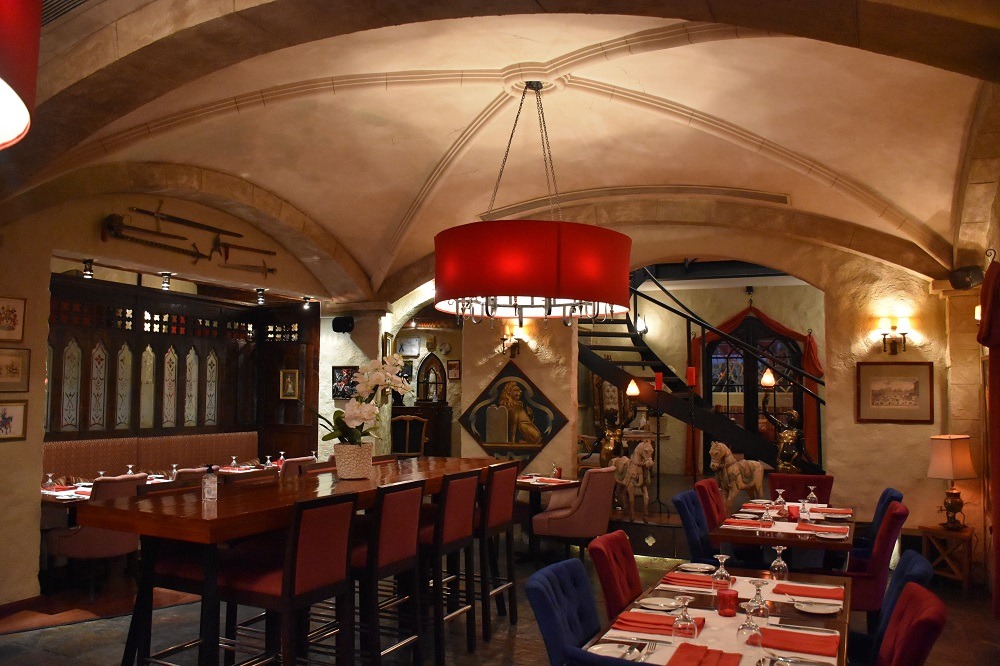 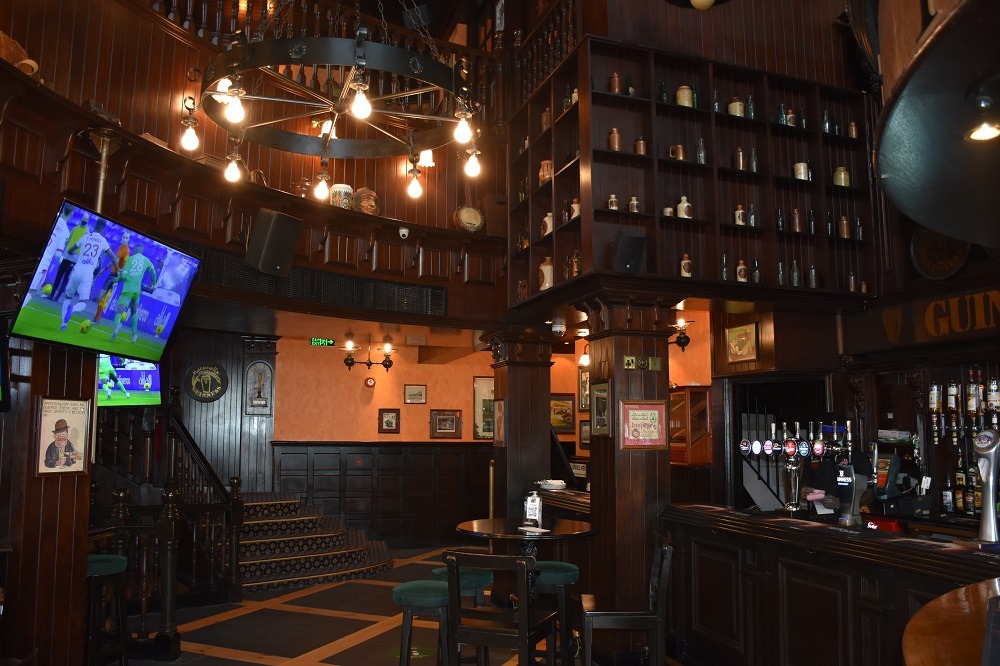 What distinguishes the Bahraini market and Bahraini clients?

Bahrain had always had the most liberal outlook towards restaurants with alcohol service outside of hotels in the GCC until very recently so the taboos have never really been felt in this market.  Bahrainis are also probably the most open-minded and free spirited people in the GCC; they are curious, inclusive in their attitude and expressive in their passions.  It means you can be true to your idea and if it’s a good one, you’ll get traction.

You operate both hotels and restaurants. What distinguishes each of the operations?

We’ve never really excelled at hotels; they were always an avenue to express our passion for hospitality and F&B.  In a hotel the guest can be with you for days, weeks, months or years so you have more time with them.  I never really had the patience for it.  In a restaurant you have to impress immediately and you have a few hours to make an impression.  When we were in clubs, we knew we had literally two to three hours to make our mark, and we did!  The buzz of that lifestyle was very exciting for me at the time.

What are the new updates for these projects and are you willing to invest more in Bahrain?

We’ve always believed in Bahrain, even when it wasn’t really a great idea to invest in it.  Our portfolio today is more in real estate than hospitality but our plans to expand in F&B are very much there and at the ready. Bahrain is so much like Lebanon in that it’s cyclical, fickle and not for the faint hearted.  We recently completed renovations of JJ’s, Camelot and Coral Bay.

Do you plan on expanding outside of Bahrain towards other GCC markets?

Not really.  Our plans are more focused on the Western Arab world.  The GCC is quite overwhelmed and over saturated with too many concepts and competition is almost nonsensical.  I’m very focused on McDonald’s Lebanon, as I have been since 2012 when I took over as managing partner.  This is one of the toughest years on us and we’re doing everything we can to stay on our feet and find ways to keep moving forward.  I believe there will be a lot of good news coming out of Lebanon but it will take some time

Do you believe franchising is still a winning business model after COVID-19? Any plans for new franchises in Lebanon or the region?

I absolutely do!  As the developmental licensees of McDonald’s in Lebanon, I am proud to represent such an incredible, global brand and I see it evolving and growing tremendously once things stabilize.  We’ve really improved our game and we intend to be at the very top of the IEO segment in restaurants.  There is also a plan on packaging our Irish/British pub concept JJ’s to be rolled out in the coming three to five years, with Beirut as well as other Arab cities in our plans.  JJ’s is a brand we want to take much further.

Where do you see your ventures in the next five years?

50+ McDonald’s locations in Lebanon.  JJ’s in Lebanon, Jordan, Egypt, Turkey, Cyprus, Greece, Malta, basically the Western Arab world and all over the Mediterranean; wherever our Phoenician ancestors went.

The Man Behind Sunset Hospitality Group