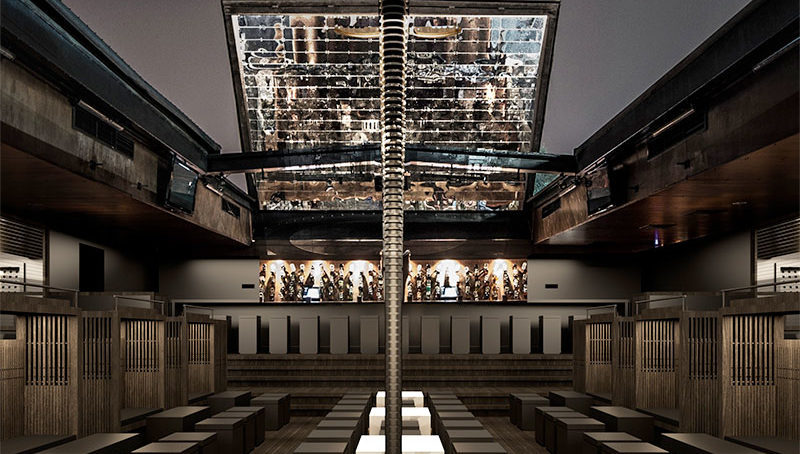 The legend of B018 continues

In the mid-1980’s, nothing could be heard in Beirut but the sounds of missiles and bullets; while everyone was completely overwhelmed with the raging war, the young Naji Gebran was busy curating his own music in a small chalet with the number: ‘’B018’’ at the door. This unit turned later into a music refuge for his music lovers’ friends in the midst of their misery.

Moving on, the young musician decided to launch his first nightclub in Sin el Fil. Having established a strong popularity; B018 quickly became a staple in the Lebanese and regional nightlife.

In 1998, eight years after the war ended, Gebran’s nightclub relocated to Quarantina, Beirut, to a so-called “forbidden”, un-constructed, no-man’s land with an area of 6000 square meters.

At a time when nightclubs were not very common, B018 captured the hearts and minds of generations of clubbers with its exceptional music and outstanding parties that would last till dawn. It was a musical revelation; an institution that gave credibility and put Beirut on the international nightlife map. It also catered to international DJs needs, who called Beirut their second home, as they grew more connected to the club, country and people.

While keeping the same DNA, the club is currently undergoing a renovation. The new partners and entrepreneurs who joined Musicom sal, including Romy Habre, Ali Saleh and Nemer Saliba, will be working closely with Michel Ghanem, the CEO of B018 management.

In recent years, B018 has maintained its status of a beloved destination for music lovers. “It is a place like no other,” said the world-renowned Lebanese architect Bernard Khoury who is redesigning B018, and giving it a fresh new format.

“Despite its underground location, its retractable roof has become a much loved and anticipated attraction for party lovers. “B018 is an iconic landmark in the Middle East’s nightlife scene and its force is unquestionable,” he continued.

B018’s renovation will preserve the club’s true essence while getting an upgrade with fascinating new design in time for the re-launch in December 2018.

According to Khoury, “the authentic spirit of this nightclub will remain intact; B018 will always be incrusted in the heart of Quarantina and will retain its heartbeat. The new decor will certainly pay tribute to this spot’s glorious history, while reflecting its character and authenticity”.

Moreover, Tony Ramy, advisor of the board of directors, has confirmed: ‘’B018 is turning a new chapter, and I am positive that the innovative design, and the effective management will definitely contribute in keeping B018 in the lead.”

The renovated and innovated club will continue to be an everlasting hub and will maintain Lebanon’s leading status on the international nightlife scene.
Clubbers will soon be able to party the night away in this amazing music temple five days a week, from Tuesday till Saturday, and for the first time, partygoers will be able to indulge in modern Asian cuisine, crafted by restaurateur Mario Jr. Haddad.

Bringing back some elements of its origins, when B018 first started as a jazz bar – yet has grown into a global clubbing phenomenon, – the venue will be will be reviving that genre of music by hosting live entertainment performances on Tuesdays and Wednesdays.