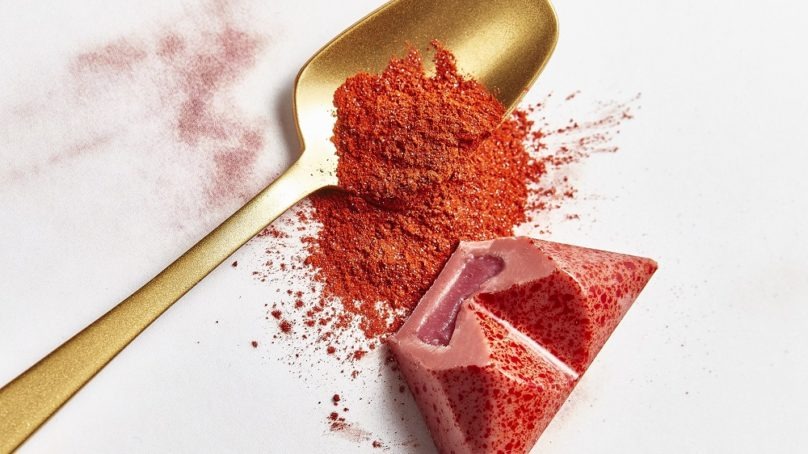 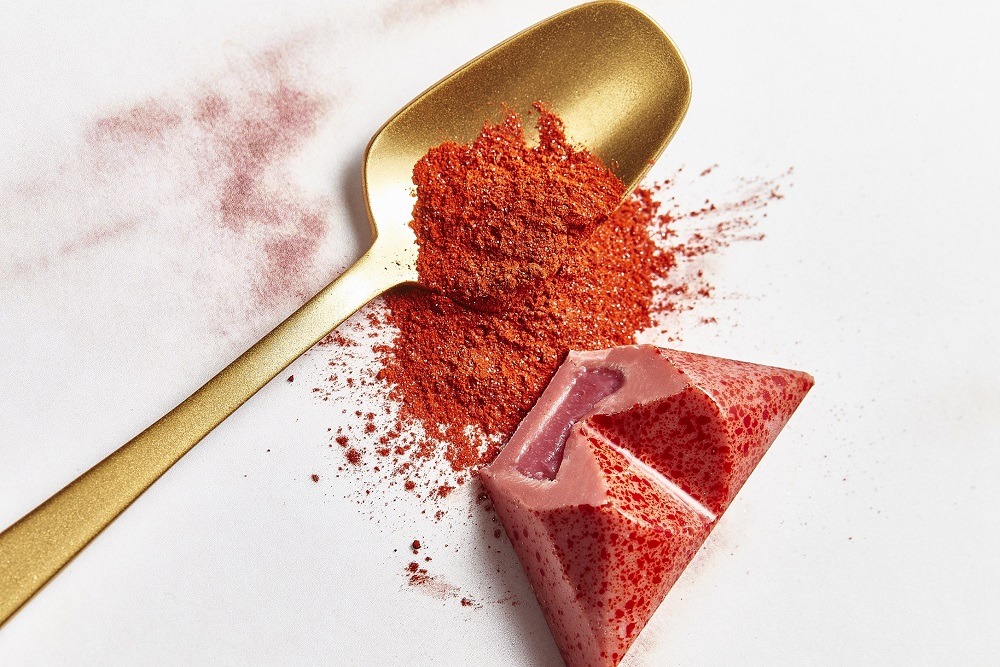 Eighty years after the launch of white chocolate as the third type after dark and milk, Callebaut revealed the fourth type in chocolate – ‘ruby’.

Ruby chocolate was discovered more than a decade ago. The invention of Ruby chocolate is the work of R&D centres of Barry Callebaut, based in France and Belgium – part of a global network of 28 R&D centres, the Jacobs University in Germany, and over 175 years of expertise in sourcing and manufacturing.

The researchers found out that ruby chocolate was linked to precursors which are present in what we call the ‘ruby’ cocoa bean. Identifying those beans, which hold plenty of these precursors, and finding the best way to process them during the chocolate-making process has taken many years of research. RB1 owes its colour and specific taste solely to the expert selection and meticulous processing of the ruby beans – no fruit flavouring or colorants are added to the chocolate.

RB1 offers chocolatiers and chefs a new platform through which to express their artisanship and artistry.

Head of the Chocolate Academy centre in Dubai, Philippe Marand, said: “Ruby RB1 is a breakthrough innovation in the chocolate world, in terms of taste, visual appearance and new possible flavour experiences. To embark on this creative journey we need to unlearn and rethink new ways of working with this chocolate.” From a business point of view he added: “This is an opportunity for the chefs to brighten up their chocolate offerings and make it even more attractive.”

Marjorie Bourdon, Barry Callebaut Marketing Manager Middle East & Africa said: “Thanks to its unique taste profile and its natural color, Ruby brings new excitement within the chocolate category, enabling new concepts for consumers to enjoy. With the current appetite of consumers for trendy and innovative delights, no doubt ruby will be welcomed with open arms!”

Ruby RB1 has been introduced in the Middle East market at an exclusive launch event at the Burj Al Arab Jumeirah on October 16, 2018 as a part of the global series launch.

Pierre Feghali, general manager EMF Emirates LLC, said: “Chefs from Forrey & Galland and Galeries Lafayette Le Gourmet in Dubai Mall, and Emirates Palace in Abu Dhabi were the first ones to come up with amazing ruby creations and showcased them at the launch event. Thanks to the creativity of these Chocolate Heroes, chocolate lovers can get first taste of ruby chocolate at these three places as from this weekend: first ever availability in this part of the world, be the first to taste!”

After being launched in UAE, Barry Callebaut with its partner EMF Trading, would extend Callebaut ruby RB1 to Lebanon, KSA and other Middle Eastern countries in the following months.