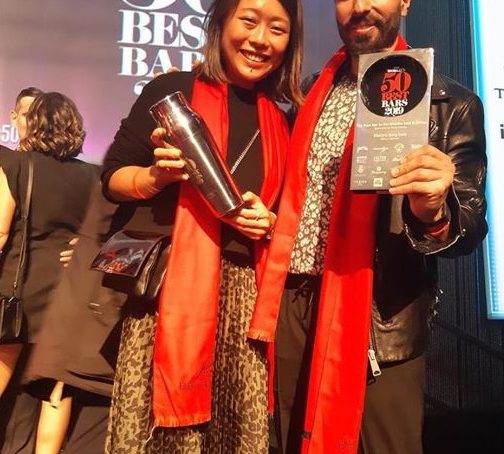 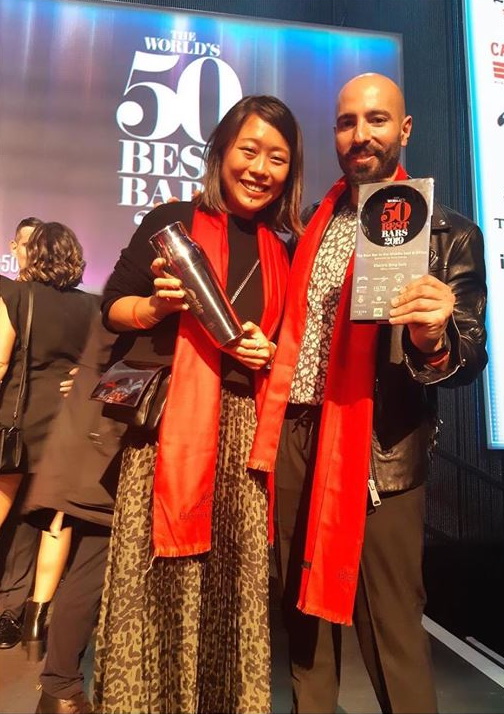 The World’s 50 Best Bars, the annual list that celebrates the best of the international drinks industry recently revealed this year’s winners in its 11th edition. The list, provides an annual ranking of bars as voted for by more than 500 drinks experts from across the globe and represents the ultimate international guide to the world’s top bars and drinking destinations.

This year’s ceremony took place at the Roundhouse in London, UK, which saw the best bartending talent from around the globe, with a live countdown of the list, culminating in the announcement of The World’s Best Bar, sponsored by Perrier.

Though Electric Bing Sutt came in 46th place as the World’s Best Bar, it nonetheless rose to become ‘The Best’ and only ‘Bar in Africa and the Middle East’ to make the cut. This unique establishment is the brainchild of globally awarded bartending mixologist Jad Ballout (formerly of Central Station) and Chinese spouse Lynn Lin, who prepares the authentic, mouthwatering food found nowhere else in Beirut.

Located in Gemmayze, Beirut, the place combines two vastly diverse Asian cultures, Electric Bing Sutt is an unconventional and hip Asian/Middle Eastern all-day bar in Beirut. Inviting from the roadside, this venue opens into a funky, dazzlingly neon interior with an open window façade on to the street and furnished with retro foldable chairs and Chinese porcelain stools. This is full immersion into global bar scene subculture, with signature cocktails and Asian-based, locally fused food items served by fun-loving, easygoing bartenders. Complementing that offering, the cocktails are concocted using advanced culinary techniques, aromatic distillations and complex infusions. Specialties include drinks with an Asian twist, such as a popcorn and pandan-twisted Manhattan, a Thai Tom Yum Gong soup cocktail, a sake Aperol Spritz and even a Vermouth Tonic with numbing Sichuan pepper.

HORECA Jordan celebrates the winners of ‘The World Pastry Cup’