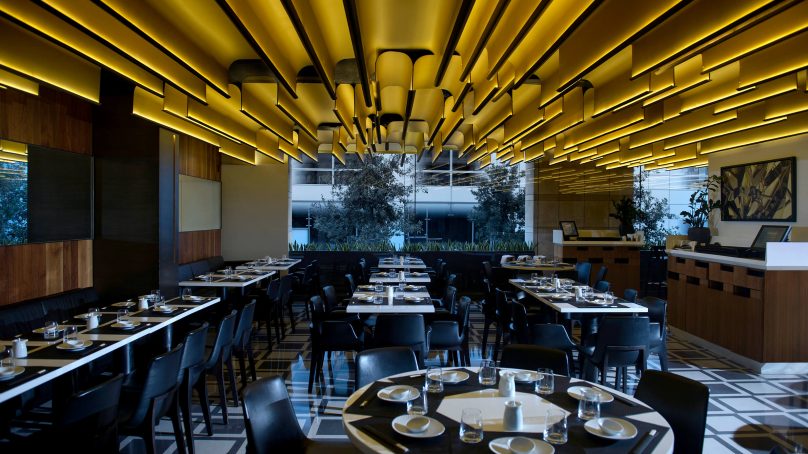 Prominent Lebanese restaurateur Pierre Ziadeh and his partner Souhail Nassar took over the Minet El Hosn area of Downtown Beirut in 2009 with international culinary concepts and development. Through SP Holding, Ziadeh has now successfully expanded throughout the Middle East and is on track to franchise the first of many unique concepts in 2020.

How did you enter the F&B industry and what have been your most prominent achievements to date?
I lived in Paris for 20 years, supplying readymade French, Italian and German clothing brands to companies operating in the Middle East and Africa. However, before that, in 2002, I worked in the restaurant business and founded Karam Beirut restaurant in Downtown Beirut. I entered the hospitality field to make an investment, as well as to satisfy my passion for the restaurant scene and its related components. Because I spent so much time traveling, I became hooked on frequenting restaurants wherever I was staying, so when the opportunity to open one presented itself, I took it. In 2005, I went to Dubai and within a three-year period we had opened nine branches. We then exported the concept to KSA and opened 23 branches. One year ago, we sold the Dubai business and then sold our investment in Saudi soon afterward. As well as launching the original Karam Beirut, Karam Café and Karam Express, we also innovated and introduced new ideas. It was we who instituted all the concept changes to better fit the market and its corresponding clientele. We sold Karam Beirut because we wanted to move into a more elevated eating-out concept experience. This was when we introduced Sérail, an authentic luxury dining restaurant concept that has a modern, rather than classic, look and feel to it.

What can you tell us about SP Holding?
SP Holding is a separate company that was first established to launch L’Avenue du Parc in 2009. It now owns Lily’s Café and Sérail, and is also a partner in Kamp Catering, Cocteau, Ni Caffè, Gavi and Kampai. In addition, we are working on another F&B concept called AI. Altogether, we own and operate 12 concepts in Beirut. We previously had Celsius restaurant, which we closed a year ago, and will launch a new Lebanese restaurant concept in its place, with plans to then export it, based on an agreement made with clients in Egypt. We’ve already sold the franchise for Lily’s Café, Kampai, L’Avenue du Parc and Sérail to Egypt, all of which we will open in February 2020, with WOC Cairo handling the Egyptian investment. In a separate development, we’re selling the Sérail franchise to Riyadh and expect to open at the Hilton Hotel rooftop by May 2020. Negotiations are also ongoing with potential clients to open Sérail in Dubai and New York, though nothing is yet confirmed. In total, we have about 700 employees in Lebanon. All our regional outlets are franchises, which we sell while retaining management rights. We are open to regional expansion, be it Qatar, Kuwait or Bahrain, and have people constantly negotiating deals. However, in order to ensure consistency throughout all our brands, our franchising terms include a condition, clearly stated, that we manage the properties ourselves.

What current F&B trends have you noticed in Lebanon and across the region?
People are frequenting restaurants today that offer a lively vibe in a festive atmosphere, often with music. This has become a highly sought-after element, given even more importance by diners than the venue’s cuisine in many cases. For that reason, having a lounge and bar has become instrumental in determining the success of any new concept.

What local challenges do you find yourself facing?
The main difficulties we are grappling with is finding skilled labor and potential candidates asking for high salaries. On top of that, the current situation in Lebanon prevents us from raising our prices to accommodate the financial obligations of new staff members, yet due to continuously rising competition, we need to maintain our edge at all costs. One other challenge is the absence of quality hospitality graduates who tend to emigrate. Worse still, we often find ourselves recruiting individuals and taking the time to train them, despite their shortcomings, as we’re in need of hired help, without knowing how long they’ll stay. This is an additional expense cutting into our bottom line.

How many customers are you currently accommodating?
On average, throughout the week, we serve about 3,000 customers daily, rising to 5,000 over the weekend. We also started delivery services for Kampai, and that has been receiving plenty of demand, with the same true for Sérail. At the end of October, we made Lily’s Café available on the Toters delivery app. To accommodate demand, we used our own delivery services for our existing line of restaurants and are now testing a third-party network. However, some restaurants, such as L’Avenue du Parc, are not suitable for delivery services due to the type of food offered.

What is the spirit of your company?
From the get-go, we wanted to diversify our offerings by entertaining various types of high-end F&B concepts, not only to maintain a strategic advantage, but also to enrich our proposal and, in turn, allow multifaceted growth. We also pride ourselves on the consistency of our service and quality by using a carefully studied pricing system that is quite competitive. This has garnered loyalty and a customer base to match.

What is your five-year investment strategy for Lebanon?
I believe that we have done all we can in the Lebanese market, although we were considering opening a branch of Sérail by next summer, despite the fact that we do not usually favor seasonal eateries. At the same time, we’re promoting all our concepts throughout the region, especially those that don’t have a regional franchise. To help us achieve that, we recently opened an office in Egypt, since our projections show that the country will become the biggest F&B market over the next five years. Concurrently, we are working on the development of new concepts specific to key regional markets. linkedin.com/company/kampcatering

HORECA Lebanon on the horizon