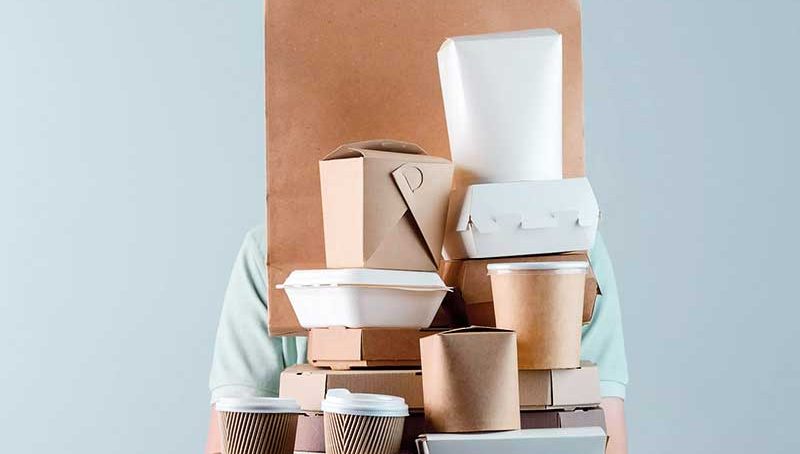 Raising capital to fund future development is pivotal in securing the future success of a company, including food and beverage (F&B) industry players. Nagi Morkos, managing partner at Hodema consulting services, ‘shows us the money’

Like in any other trade, sources of investment come in different forms, as do the projects seeking financial support. However, what’s specific to the F&B sector, unfortunately, is the high failure rate among restaurant businesses. Statistics show that a large number of projects fail to survive the first years, so investing in the food industry is not for the faint of heart… or stomach. Perhaps surprisingly, however, the figures don’t seem to put off prospective investors, with the global F&B market witnessing a boom in funding and mergers and acquisitions (M&A) in the last few years. So what’s the allure?

The overview
A quick glance at market and economic indicators could provide a partial answer. Many countries have found themselves weighed down by financial and political uncertainty in recent years and investors are looking for a relatively safe bet to score big bucks. The thinking may well be: what doesn’t take a day off, rain or shine, and will always attract hungry and thirsty customers who view dining out as one of their main entertainment options? Restaurants and cafes, of course.

Although there are few funds to date solely dedicated to F&B in the MENA region, with large groups investing in F&B for diversification purposes instead, the M&A activity has remained strong, even during slower economic periods. Venues open and others close at a rate of knots, setting high creativity standards for operators who are forced, through fierce competition, to be more imaginative.

This appetite for investment is particularly visible in the GCC, where the combination of a rising population, growing disposable income and a diversification of the economy beyond oil production into construction and tourism presents a good opportunity for investors. Diversification is the key word in Gulf countries that are keen to stabilize their economies. With the Expo 2020 in the UAE, the 2022 FIFA World Cup in Qatar and Saudi Arabia’s Vision 2030 moving forward, the region is poised to welcome plenty of visitors. And those arrivals will all find what they’re looking for when it comes to F&B, from the traditional Arab feast to Western-inspired fast food venues. Each country has its own label: while Dubai remains the main draw for investment, being perceived as the gateway into the region, Saudi Arabia is hot on its heels, gaining a reputation as a profitable alternative. Thanks to its large market and currency devaluation, Egypt also remains a strong contender, while Lebanon and Kuwait retain their status as destinations full of food lovers where many new concepts are tested, despite their smaller-sized markets.

The investors
In recent decades, F&B investors have divided into two main groups: the first is made up of individuals or small companies setting up independent venues, which have traditionally been the core of the food business in the region; and the second category consists of large F&B investing companies that arrived later, in the 1980s, but quickly caught up by expanding into regional and even international markets.

Since then, these big players, such as Americana, Alshaya and Azadea, alongside others, have been setting the pace and are today synonymous with the Middle Eastern F&B world. They own and operate dozens of outlets and chains across the region and, with a proven track record, they bring their industry experience, alongside solid financial credentials, to new projects, giving them a greater chance of success.

These F&B giants have played a major role in bringing popular Western chains into the region through franchising. Well-known names include: KFC; Hardee’s; and Krispy Kreme (Americana Group); Starbucks; Pinkberry; Shake Shack; and Cheesecake Factory (Alshaya), alongside others. Many foreign brands have chosen to team up with a local partner who can bring valuable experience of the region to the project, such as customer habits, local laws and regulations, and staff recruitment. Insider knowledge on these and other issues has proved to be highly beneficial and helped to make the franchising business a successful one. In Lebanon, the majority of franchisors and franchisees listed on the Lebanese Franchise Association (LFA) website are based in the hospitality business, with most Gulf countries offering incentives to franchisors and franchisees to support the market.

RELATED CONTENT  Qatar Sees Light At The End Of The Tunnel

From the other side, some local operators are also reaping the rewards of partnering with famous international names to boost their dining credentials.

The funds
In recent years, private equity funds, which are predominantly focused on real estate investments, manufacturing, education and healthcare, have also begun diversifying their activity by venturing into F&B to boost their return on investment (ROI).

One such fund, Food Capital, invests in small and medium enterprises (SMEs) in the F&B sector across the MENA region, with a primary focus on Saudi Arabia. Its portfolio includes Yummy Yogurt, Bun & Patty, Pimento and Maltoot. A separate initiative, Al Khaja Group owns and operates an array of high-end business activities, including fine dining restaurants, premium coffee outlets, fast food lounges, ice cream parlors and several globally renowned fashion and accessories brands, such as Hatam, Esfahan, Al Safeer, Café Hediard, Gloria Jean’s Coffees and O’ My Buns. Meanwhile, an equity fund that initially invested in acquiring regional names, such as Kababji and SushiArt, Eathos has transformed its business model into an operator and owner of four brands: SushiArt; Kababji; Tortilla; and Joga. Other big equity fund names include International Trading Franchises (ITF), a UAE-based retailer established in Dubai in 2003 by the shareholders of the Saeed & Mohammed Al Naboodah Group, one of the most prominent family conglomerates in the UAE, owners of a range of franchised and homegrown brands, including Toni Roma, Jamaica Blue Coffee Shops and Beaver Tails. Another venture capital firm, MEVP funds innovative F&B-related companies, such as EAT, an F&B booking e-platform in the GCC and Levant countries, while the Lebanese-based fund Emerging Investment Partners (EIP), primarily involved in education and healthcare, has invested in the F&B cluster Backyard Hazmieh.

Alongside these Middle-East-born funds, others such as Tablez, are emerging from India. This sub-division F&B entity of Lulu hypermarket aims to buy predominantly US brands and open them in the GCC and India. The fund currently owns: Bloomsbury’s; Peppermill; Ming’s Chamber; Galito’s Flame Grilled Chicken; Famous Daves’ BBQ Pit; Sugar Factory; Grimaldi’s Pizza; and Pancake House.

Some European equity funds have also joined the race and are embarking on joint ventures and representations in the MENA to broaden their reach, having observed the region’s great potential. Created by the London Stock Exchange fund, Elite Levant owns Al Mayass restaurant and Al Rifai roastery, and aims to support SMEs in the F&B sector.

Such funds usually have a mid-term exit strategy and, following the funding of an F&B entity, rapid expansion is expected. A four-year holding period is the F&B industry average before spin-off and the sale of the venture to another fund or investors with an added value. Specific purchase criteria usually applies, with brands expected to have market credibility, standardized operations and financial reporting systems, duplicable concepts, and be mainly positioned in the low-to-mid-end market segment. One possible downside is that funds tend to prioritize short-term growth to secure a swift ROI over a long-term plan, meaning the rules must be outlined from the start: does the operating team want a silent partner or a hands-on collaborator, for example. Agreeing shared values and goals is therefore a pivotal part of securing success.

New opportunities, a growing customer base, diversifying economies and a little help from the authorities look to be combining to create a winning recipe for driving up investment in the F&B market in the coming years across the board, benefiting startups, private equity firms and franchising heavyweights.