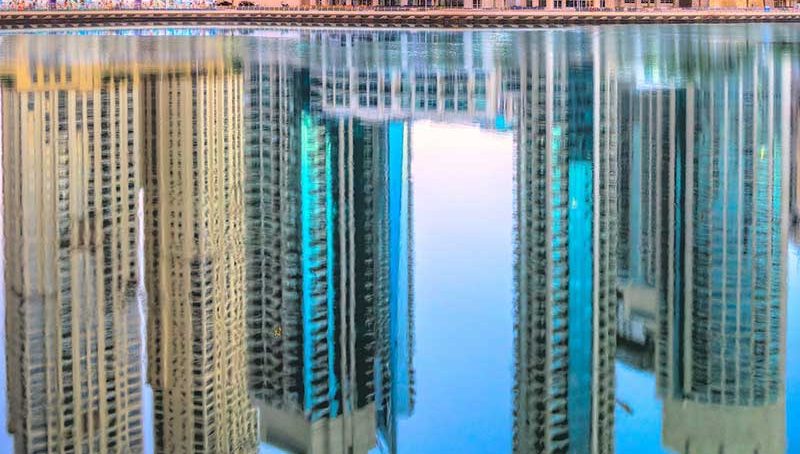 While each Middle Eastern economy has its own problems and individual strengths, all in all, the last five years have brought a fair few challenges for most of the region’s markets. The hospitality industry is, as always, one of the first to bear the brunt of tough times. Nagi Morkos, managing partner at Hodema consulting services, analyzes the region’s turbulent times and its impact on the sector and its players

Dubai is losing its shine
Dubai had seen it all before; that boom-and-bust crisis that paralyzes the economy and brings the country to a standstill. In 2008, the UAE paid a hefty price for its explosive growth, and took some time to recover. This time the symptoms are not as acute, but nevertheless remain a concern. In 2014, oil prices began plummeting, sparking turmoil in the Gulf region and forcing governments to diversify their economies. Although Dubai is not an oil-dependent state, it relies heavily on investments from its neighbors. The economic recession is now official, although Dubai’s rulers only recently started to acknowledge it. The warning lights were almost all flashing red until recently: stock markets ended 2018 with a 25 percent annual loss and the retail sector is feeling the pinch, with crowds deserting destination malls. Since the beginning of the slowdown, the entire industry – from clothing to luxury goods and cars – has seen a major sales slump. However, worst affected is the real estate industry. Dozens of idle cranes have been hanging over Dubai’s skyline for months, waiting for a green light that may never appear. Several projects under construction have been either delayed or halted indefinitely, with liquidity levels in sharp decline. Even the most established property developers, such as Nakheel, Khuyool and the government-owned Meraas, are struggling. Many of their projects, such as Jumeirah Village, Abjar Tower and Jumeirah Garden City, have been put on hold. Developers blame an oversupply in the market which puts pressure on sales, occupancies and rentals. Capacity is outpacing population growth and consumer spending. Reduced business has had negative knock-on effects on Sheikh Zayed Road hotels, which have felt the impact of the drop in their clients’ purchasing power more acutely than high-end establishments. Deira is also struggling. The way in which the system operates also affects revenues. Many hotels are booked through online travel agents who cash their share – which can be as high as 20 percent – even before the hotelier has paid his fees and employees and that leaves a significant number struggling to make ends meet.

The pressure of oversupply
S&P Global Ratings released prospects in February 2019 forecasting that the Dubai real estate market would fall by between 5 and 10 percent this year, mimicking what happened in 2018. A decline on this level would bring property prices to the levels witnessed in 2010, in the aftermath of the global financial crisis. The rating agency expects prices to fully stabilize by 2020, followed by a lengthy recovery. It also cautioned against launching new developments, which it said would deepen the oversupply threat. The introduction of a 5 percent value added tax (VAT) put further pressure on business margins. The hospitality industry, tightly intertwined with both the real estate and the tourism sectors, is thus being besieged from both sides. The economic crisis affected expatriates’ job prospects and indirectly weighed on tourism growth which dropped off. Hotel profits plummeted and projects came to a halt. Facing a surfeit of new accommodation, hoteliers were forced to lower room rates and numerous hotels and restaurants closed their doors. Now five years into the oil crisis, there is still no end in sight for regional owners, who continue to record regular declines in performance. Dubai’s Department of Tourism reported a drop in average daily rate (ADR) and revenue per available room (REVPAR) in the first quarter of 2019. ADR dropped by 11.3 percent from USD 153 to USD 136 this year and REVPAR decreased by 14.55 percent from USD 133 to USD 114. The increase in supply pushed average room rates down to a 14-year low in July 2018. However, it is worth noting that demand continued to grow regardless, with occupancy rates rising by 4.35 percent, from 8.27 million in 2018 to 8.63 million, compared to the previous year. STR’s report on the region reflects the trends in Dubai, noting a drop in ADR and REVPAR of 8.8 percent and 7.9 percent respectively, and a slight increase of 0.9 percent in the occupancy rate to 71 percent. Abu Dhabi, Bahrain and Egypt are the most dynamic markets, with all their performance indicators remaining in the green.

Restaurants in Dubai endured the same struggle, with many seasoned foreign F&B operators quitting, leaving the business to less-experienced stakeholders. Some cornerstone names, open since the 1990s, were forced to close down; Round Table Pizza, French bistro Le Classique and Ship’s Wheel all went bust. Other establishments, such as 360° and The Music Room, were some of Dubai’s most famous haunts. Despite the economic pressure, however, outlets continue to open, fueling oversupply. According to the Department of Economic Development, 1,109 new dining venues and cafes opened in 2018 – an average of 100 each month.

Waiting for 2020
Mirroring the downturn of the sector, Emaar Properties, the biggest-listed developer in the region, took a hit when the value of its shares dropped briefly last year. However, in 2019 these worries seem a distant memory, with the company handing out USD 290 million in dividends last April to its shareholders. A series of changes aimed at making the economy more competitive and reducing costs for businesses introduced by Dubai’s authorities appear to have started paying off. Investors are slowly coming back, and with them, job opportunities. Business optimism is palpable again, along with a rise in the number of business permits, up 35 percent in Q1 according to the Department of Economic Development. Tourism also grew, up 2.2 percent in the first quarter in a yearly comparison, with the number of arrivals reaching 4.75 million. Providing a major silver lining to the current cloud is the international trade fair Expo 2020, which is set to attract millions of visitors. Hospitality businesses expect to cash in on the big-money exhibit, which will take place on a 1,082-acre site featuring hundreds of F&B outlets and hotels. They will also be hoping that the event serves as a rebound lever and stabilizes the balance between supply and demand.

A resilient Lebanon
Lebanon, meanwhile, has grappled with a situation of its own. Already weakened by the Syrian conflict and years of internal political stalemate, the country has been sliding into a Greek-style slump. The threat of a central bank strike could have cut the liquidity supply, while politicians fought over the specifics of the heralded austerity plan. Just like the rest of the economy, the real estate sector has been feeling the strain of the squeeze on liquidity. Many big projects have been delayed, similar to other Middle Eastern markets. The Phoenician Village, an ambitious mixed-use project in the heart of the capital, hasn’t broke ground, while Jean Nouvel’s Landmark complex by the Grand Serail and Beb Beirut residential tower are in limbo. Other projects, such as GC Towers, District S and Beirut Gardens, are reaching their completion stages.

The boom – between 2007 and 2010 – saw developers racing to build as quickly as possible to cater to the tastes and budgets of Gulf investors and expatriates, which led to an oversupply of expensive housing. Speculation and a lack of real market study created a gap between the offer and demand, forcing developers to discount or reduce their margins. The drop in oil prices in 2009 resulted in Gulf investors pulling out, a move reinforced by a spate of political tensions that have only recently been defused.

A lower average check
The country has a tradition of high turnover, with roughly the same amount of venues opening and closing every year. Many operators were forced to lower their prices in 2018 and early 2019 to stay afloat. Furthermore, the Lebanese authorities even considered imposing a tax on smoking shisha. Under the tax, LBP 1,000 (USD .66) would be requested for every shisha consumed in a restaurant or hotel.

A year of high hopes
Despite the challenging economic climate, 2019 has brought with it a number of positive signs. The tourism sector is rallying, with the number of foreign visitors reaching 692,704 in May, marking an eight-year high, buoyed by the lift of a travel ban on Gulf tourists who have traditionally been a major source of income for the country. The number of Saudi visitors to Lebanon reached 31,069 in May, up from 16,874 in a yearly comparison. European tourists also came in bigger numbers, accounting for 37 percent of all arrivals in May which represented an increase of 8.7 percent. The rising popularity of budget airlines now operating between Europe and Lebanon, such as Aigle Azur and Transavia, has led to a major surge in traffic. This upturn has already had a positive impact on the hospitality industry. Beirut’s hotel occupancy rate rose from 57.9 percent in the first quarter of 2018 to 69.8 percent in the same period this year. Experts are also forecasting a successful summer season, with some suggesting that figures could reach the peaks witnessed in 2010. There was good news as well from the Vatican, with an announcement that the Holy See had reintroduced Lebanon on its pilgrimage destination list in 2019, bringing to an end a 12 year-absence triggered by the war in 2006. The authorities are also stepping up efforts to boost investment. The Lebanese Diaspora Energy program, launched by the Ministry of Foreign Affairs, aims to facilitate investment opportunities for Lebanese living abroad, notably in the tourism sector.

The hospitality industry, tightly intertwined with both the real estate and the tourism sectors, is thus being besieged from both sides

Hospitality businesses expect to cash in on the big-money exhibit, which will take place on a 1,082-acre site featuring hundreds of F&B outlets and hotels