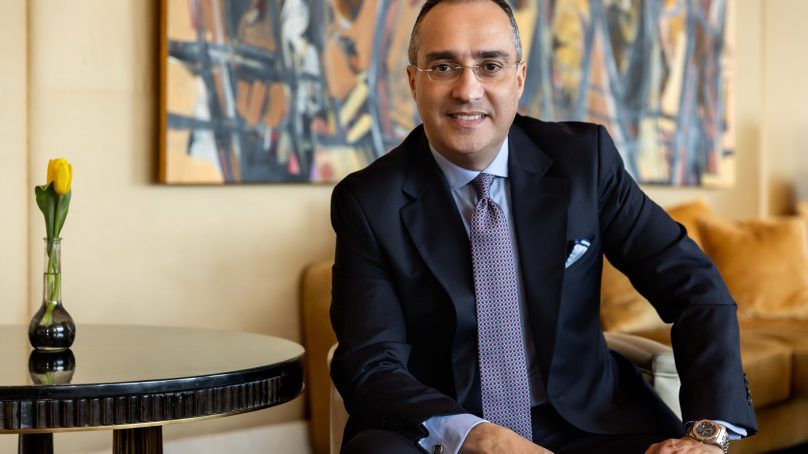 A veteran hotelier with an impeccable track record in the hospitality industry and over 15 years’ experience with the Four Seasons brand, Rami Sayess begins his new chapter in Bahrain with regional responsibilities overseeing several Four Seasons hotels and resorts in Europe, the Middle East and Africa.

Can you tell us about your new role?
I have been appointed as Four Seasons Hotels and Resorts regional VP and GM at Four Seasons Hotel Bahrain Bay. In my new capacity, I will be overseeing several Four Seasons hotels and resorts in Europe, the Middle East and Africa. I will manage the day-to-day operations of Four Seasons Hotel Bahrain Bay, including guest rooms and suites, spa, restaurants and lounges, and I will focus on strengthening the extraordinary services of the Four Seasons Hotel Bahrain Bay while creating lifetime memories for our guests. Furthermore, I am very excited about the move; Bahrain is renowned for its amazing hospitality, friendly people and the Four Seasons Hotel Bahrain Bay is an icon. Located on its own private island, the hotel has become a popular choice for local vacationers and international travelers alike. The venue is a bold statement by the architectural firm Skidmore, Owings & Merill; it combines the best of a beach holiday and an urban getaway. I look forward to returning to Bahrain with my wife Mary and daughter Lara, where we have fond memories from a previous assignment and which was the birthplace of our second son Mazen, who is currently pursuing his higher education with his older brother Maher in Europe.

How do you rate your experience in Lebanon?
I leave Beirut after five years, which have been very unusual to say the least. During Lebanon’s stable years (2016-2019) and thanks to my outstanding team, we managed to achieve record results from the day we inaugurated Four Seasons Beirut. Sadly, the peak period was followed by a very challenging year which started with civil unrest, revolution, Covid-19, currency devaluation and ended up with the August 4 blast causing the hotel to close down for restoration.
I have been privileged to work with top-notch professionals and lucky to have an extremely supportive owner. Their valued partnership and particularly their continued support have made this a thoroughly enjoyable and successful experience. So I can confidently say that my time in Beirut has been rewarding both personally & professionally.

What can you tell us about your successor?
I am thrilled about the appointment of Georges Ojeil. I believe he is the obvious choice given his 20-year hospitality experience, local knowledge and Four Seasons culture fit.
Georges Ojeil joined Campbell Gray Hotels in 2015 as GM for Le Gray, Beirut and has taken the management team from strength to strength. He coordinated the complex renovation and opening of additional facilities at Le Gray in 2017. Georges was also recently appointed the area GM for Campbell Gray Amman in addition to his responsibilities at Le Gray, Beirut.
As of January 2021, he will be the GM of Four Seasons Hotel Beirut and will report to me in my capacity as regional VP. Georges’ primary focus will be to oversee the ongoing restoration works in order to reopen the hotel and bring it back to its former glory.