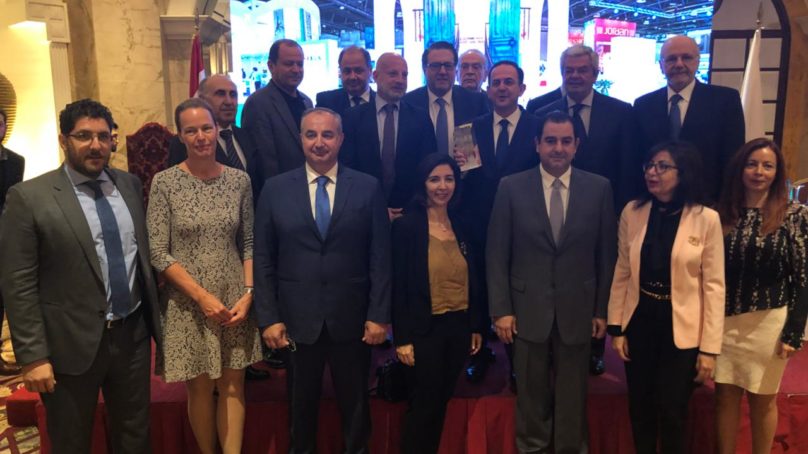 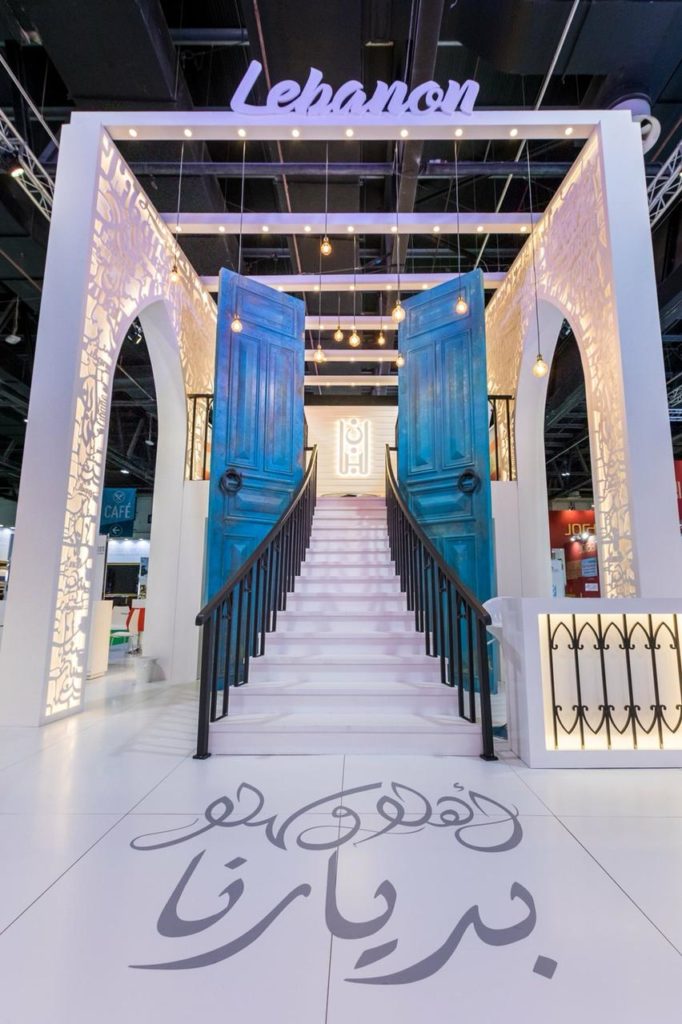 The Lebanese Minister of Tourism Avedis Guidanian held a press conference today at Phoenicia Hotel Beirut to announce that the Ministry of Tourism (MoT) received the ‘Best Stand Design’ award at the Arab Travel and Tourism Exhibition in Dubai, in the presence of the president of the Economic and Social Council, Charles Arbid, president of the Federation of Tourism Unions, Pierre Al Achkar, director general of the MoT Nada Sardouk, in addition to a large number of owners of travel and tourism offices and hotels. 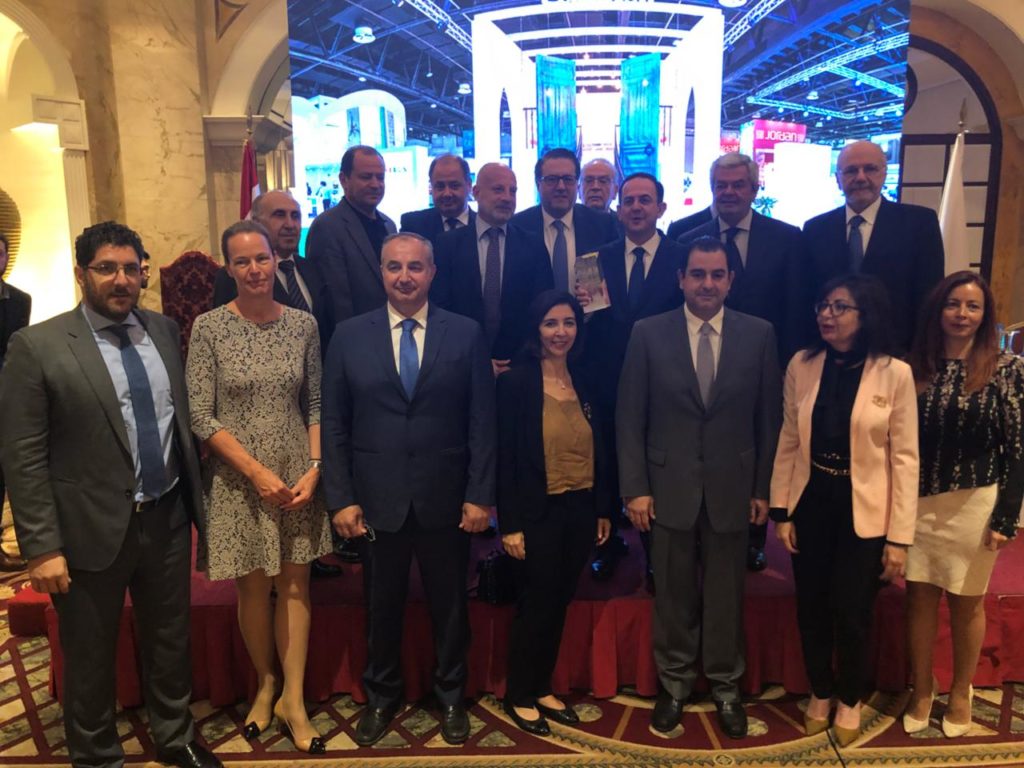 Guidanian explained that the selection jury focused on picking the best stand with an eye-catching design, which uses the available space in the most adequate way in order to host guests. He said: “Last year, we promised to have the best year for tourism, but the conditions did not help us. This year, we will not face any problems that hinder our progress, thanks to the efforts of the President and the Prime Minister concerning the issue of the GCC travel ban.”
Sardouk said that despite its modest financial and economic conditions, the MoT was able to obtain this award thanks to the guidance of Minister Guidanian. She added: “The Lebanese private sector through the ACE team that designed this stand could offer a lot of creativity, despite the small size of the pavilion compared to other participating stands.”

The director general of Ace Shadi Fayyad, said: “The Ministry of Tourism received this award despite the small space of the stand, and the funds allocated for it.” He explained that this award accentuates the fact that Lebanese people are creative at heart, and that’s the characteristic of those who seek the best.