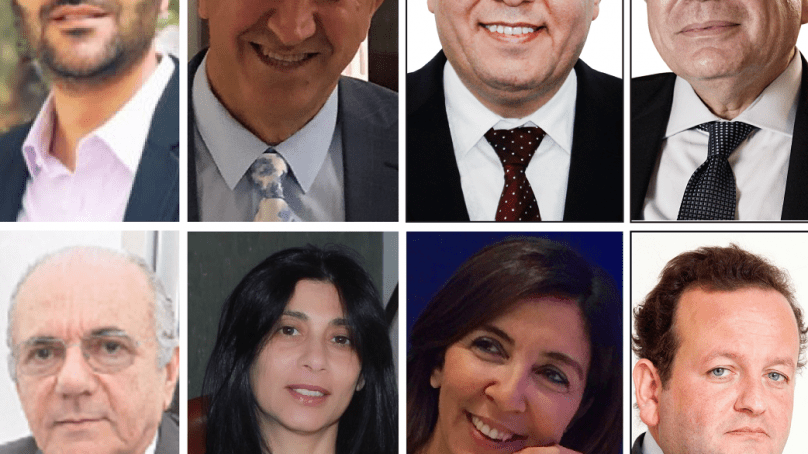 Powered by Hospitality News Middle East and funded by the USAID Lebanon Enterprise development (LED) project, Hospitality News Talks held its seventh virtual roundtable on March 25 — “From Lebanon to the world: connecting local brands to international buyers.” The online session, one of 12 such talks, invited producers and importers to discuss challenges and opportunities, and highlighted ways food and beverage firms in Lebanon could enter the export market.

Gemayel kicked off the talk by saying that Lebanon has been missing out on opportunities for decades. “In the 1970s, Lebanon had the highest financial wealth, yet we did not grow as much as we should have. Our GDP in 2019 was USD 56 billion, but it should have been much higher.”

Gemayel stated that the reasons for lack of industrial growth are numerous: dumping, smuggling, no positive eye on the sector, etc. However, he pointed out that people now recognize the importance of industry and the need to invest, especially given the multiple crises the country is facing.

Furthermore, the ALI president spoke about the fact that Lebanese industrialists are everywhere. “Currently, we are exporting around USD 500 million worth of goods. Lebanese wines and agro-foods are doing very well, but there are so many opportunities. The hummus industry in the U.S. is worth around two billion USD, so this is an area we can focus on.”

Nasrawi said it is not possible to market products from behind a desk; industrialists need to travel the world to promote their goods and services. However, he said that the Lebanese face some discrimination. “Lebanese industrialists abide by treaties set by other countries, but we are not faced with the same treatment; we ask that other countries respect the signed treaty as we do. There needs to be mutual respect.”

He further added that some countries are manipulating the market and misleading consumers by using Lebanese elements in their branding. “Consumers like and search for brands made in Lebanon. The problem is that other countries are taking advantage of that. For example, Turkey just launched a product called Beirut.”

Representing the Gulf, Fares said that Lebanese brands are copying one another and there are too many items in the same category. He said there is lack of innovation and indifference toward aftersales service. “Lebanese industrialists rely on the distributors; they do not come to help us and see their strength and weaknesses, while other European brands constantly visit and check the market to see what problems exist; they are far more involved.”

Bitar lauded Lebanese producers who are working hard despite the tough conditions. However, he said that they sometimes lack a competitive edge. “Lebanese tahini is priced USD 10 to 15 more than similar items produced in Turkey, so pricing needs to be considered. In addition, our parsley is better than the rest, but neighboring countries are doing better than Lebanon in this market because of better packaging and transportation, thus faster delivery.”

Slim, who is based in South Africa, said that the local market is complex. “South Africa is a difficult market to penetrate. There are only 40,000 Lebanese in the country, so the diaspora is tiny.”

She also mentioned that they initially imported 33 Lebanese items to begin, but now they only distribute five items. “Interestingly, hummus was never popular here. The top products are foul and baba ghanoush. We also supply shops with falafel, tahini and halawa.”

Slim stated that exporters must pay attention to the image of their products and work hard to establish strong links with importers. “There needs to be strong communication between exporters and importers to identify needs in market,” she added.

Azzi said that the EU market is divided into ethnic shops and non-ethnic retailers. “We import more than 20 Lebanese brands — wines, spirits and beers. Our clients are largely ethnic shops and Lebanese restaurants.”

He stated that product quality and consistency matter most and that Lebanese firms wanting to export should listen to importers who understand what consumers are looking for. “We are partners with suppliers, so companies looking to enter the market should be aware of what is available, direct competitors and how to be competitive.”

Azzi confirmed that consumer tastes are changing and that there is an obvious need to innovate to penetrate the ethnic and non-ethnic markets. “You can find products similar to Lebanese ones from Turkey or elsewhere. It is fundamental to emphasize the ‘made in Lebanon’ aspect. This should be part of the branding and clearly mentioned.”

Speaking from New York, Massoud gave an honest critique of the mistakes exporters are making. “The opportunities are huge, but Lebanese firms need to put in the effort. The packaging is archaic and labeling is often in Arabic, which completely neglects the masses. Furthermore, there is practically no social media.”

Massoud added that there is a major disconnect between the potential and the reality and that Lebanese producers ought to work together in a community-based approach. “The country is too small to take on the world. Producers are spending money on marketing activities that do not provide the desired outcome, so it would be smarter for them to combine their budgets and do something that has a bigger and better impact.”

The New York-based entrepreneur added that zaatar has massive potential. “It is a multimillion-dollar business. If the Lebanese concentrate on this alone, the gains would be enormous.

Issa explained that the export market is tricky and requires overseas travel. “Export cannot be achieved via email or over the phone. Investment in traveling overseas to meet distributors is crucial.” He added that 50 percent of the wines produced by Domaine des Tourelles are exported.

The panel agreed that if companies wish to succeed in the export market, they need to be ready to travel, meet distributors and actively promote their goods and services. Establishing strong links in person is fundamental; this cannot be achieved over email or on the phone.

There was also a consensus that Lebanese producers must understand demand in overseas markets and work accordingly; not all markets are the same. The product itself, the packaging and branding must appeal to foreign consumers and fill a gap. Producers must study these foreign markets and identify where there are opportunities. Price is a very crucial factor, and Lebanese products are increasingly not competitive in this respect. Countries like Turkey often produce cheaper alternatives, so Lebanese food companies must be diligent and work smartly.

Furthermore, the importance of working together was highlighted. Lebanon needs to have robust industries that support domestic growth, and in order to achieve this, collective action is required. Organizations such as LibanPack are helping to improve the competitiveness of Lebanese exports. The panel encouraged USAID to offer its support through financial incentives and initiatives to help Lebanese brands flourish overseas. One suggestion was to have a Levantine section in large American supermarkets for shoppers to browse goods made in Lebanon. Another was to work on a clear marketing campaign to reinforce hummus and falafel as 100 percent Lebanese.

Stay tuned for the 28th edition of ATM