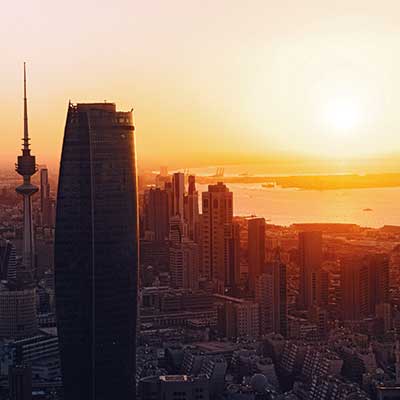 A review of the latest hotel performance insights and tourism-related developments in Kuwait by Philip Wooller, area director Middle East & Africa, for STR

The year 2018 will go down in history as yet another challenging one for overall hotel performance in the Middle East. Geopolitical pressures, oil prices and incoming supply have long played dominant roles and continued to do so once again. Most of the Middle East seems to be under pressure, although one small country in the north is proving to be an exception, with its indomitable hoteliers still successfully bucking the negative trend.

The hotel landscape
Hotel performance in Kuwait –alongside Jeddah– stood out in 2018, despite the region’s challenging and uncertain trading environment. This was mostly due to a very strong first quarter, during which hotels in Kuwait achieved average monthly occupancy rates of between 65 and 70 percent, coupled with strong average daily rates of close to USD 230. January and February were particularly busy months, with demand driven up by several events and regional conferences. As the year went on, hotel performance started softening – a trend some hoteliers attributed to reduced government business and lower demand from Saudi Arabian visitors. However, revenue per available room (RevPAR) growth continued until August, before contracting in the final months of 2018. Kuwait hotels managed to close 2018 with a marginal RevPAR decline of -1.1% compared to the previous year, with notable rate resilience (ADR up 1.7%) despite the declining occupancy (-2.8%). Looking ahead, new entries are expected on the hotel landscape. STR’s AM:PM hotel supply and pipeline database is currently tracking 11 hotel projects under contract, representing a combined total of 1,884 rooms. With the hospitality sector evolving, support in terms of infrastructure, technology, collaboration and the adoption of international best practices is placed high on the agenda for all stakeholders involved.

Diversification
Much like neighboring GCC economies, Kuwait is expected to accelerate its efforts to diversify the national economy away from oil into alternative and sustainable sectors like tourism in the coming years. One of the most recent developments is the completion of Kuwait International Airport Terminal 4, which increases the airport’s overall capacity by 5 million passengers per year. In 2022, Kuwait International Airport Terminal 2 will be expanded to accommodate a further 13 million passengers. Given that the number of international tourists is expected to grow by almost 50 percent by 2028 globally, according to World Travel & Tourism Council forecasts, infrastructure improvements to main points of entry are of critical importance. ‘Quality Infrastructure’ was made one of the seven pillars of Kuwait Vision 2035, the country’s long-term development plan, with the result that several major projects are either underway or in the pipeline. These include: the causeway linking Northern and Southern Kuwait, set for completion this year; the completion of the Al Kout Mall, with the newly opened Hyatt Regency hotel; and the Kuwait Formula 1 track in Kuwait Motor Town. Other initiatives range from new roads and museums to sports parks. These projects are solid proof of Kuwait’s increasing ambitions to establish itself as a key player on the regional and international tourism landscape and its commitment to achieving a successful transition. 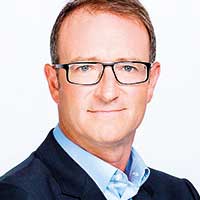