On Trend and Online: The Rise Of Delivery Platforms 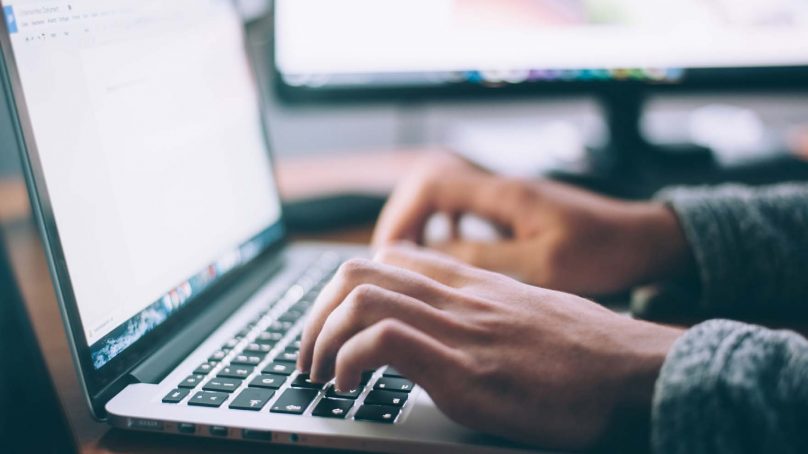 On Trend and Online: The Rise of Delivery Platforms

Mobile and web-based platforms, ondemand apps enable customers to order online and spare themselves the hassle of either going out or spending time on the phone with the restaurant or call center; and it goes without saying that we don’t need to have the exact change anymore. A time and effort-saving move that allows us to order from a wide array of restaurants with a single tap on our computers or mobile phones. Moreover, many studies show that we tend to spend up to 20 percent more when ordering online than over the phone.

A match-making made in food heaven
This trend dates back to 1994, when Pizza Hut launched the first-ever online ordering system. American pizza giants such as Domino’s and Papa John’s followed in its footsteps by investing heavily in similar software. Over the years, they’ve diversified the concept by connecting smartwatches, cars and gaming consoles to their websites. In 2016, Domino’s even introduced its ‘Zero Click Ordering’ phone app, enabling customers to place their orders without any taps or swipes. These companies’ efforts have largely paid off, with more than half of their sales today going through online ordering and delivery worldwide. More generally, all restaurants offering online ordering and delivery services have seen their revenues increase.While the trend took some time to take off, it has now become a billion-dollar industry, featuring dozens of players. At first the restaurants that could afford it, did set up their own online delivery platforms. But fast forward to today and it’s a different ballgame, with the competition heating up in the race to capture new markets across the globe. With the boom of online purchases, driven by giants such as Amazon and Ali Baba, people have gotten accustomed to ordering with maximum convenience and minimum human interaction. Observers agree, too, that the ever-increasing internet penetration and smartphone-dependence will only strengthen this behavior. There’s no doubt that social media plays an important role in galvanizing the trend, with a growing number of customers ordering their meals through Instagram. Consumers in China are the prime users of these delivery platforms, accountingfor more than USD 45,000 million of revenue expected in 2020, according to Statista’s Global Consumer Survey on Online Food Delivery, published in October 2019, The US comes second with USD 24,000 million. Estimates suggest that the total global market is in the region of nearly USD 123,000 million. The survey also shows that young adults aged from 25 to 34 are the main users of these apps and websites, accounting for more than 36 percent of the total. Looking ahead, the food delivery market could be worth some USD 365 billion by 2030, according to Forbes.

The aggregators
These figures are enough to make the head spin, but what are we really looking at when we pare everything down? In essence, online delivery actually encompasses several various business concepts. Built on top of the traditional delivery system, order-focused services – also known as aggregators – act as mediators between customers and local restaurants, enabling clients to access a variety of menus through a single smartphone app or website. However, the delivery process remains in the hands of the restaurant’s own courier. Aggregators also offer ratings and reviews of venues, and free marketing for them. To cover their costs, they collect a fixed fee for each order placed, which, most of the time, is paid by the restaurants. This business option requires minimal investment and maintenance costs. The most famous aggregators are FoodPanda, Delivery Hero, Just Eat and GrubHub (formerly known as Eat24).

The ‘new’ delivery
However, today, the industry goes further than that. The new formula is platform-tocustomer (or logistics-focused) companies, such as Deliveroo and Uber Eats, which provide delivery logistics of their own. By doing so, they open up the delivery world to higher-end venues which don’t have delivery services of their own because they didn’t dovetail with their traditional clientele. This combination has the potential to become a beneficial partnership for restaurants that don’t want the hassle of dealing with vehicle insurance or driver tracking issues. To make money, these new delivery players charge both the restaurant and the customer a fixed fee for each order. Because of their high marginal costs (couriers and vehicles, for example) they need to attract a high number of restaurants to make a living. These ondemand services have therefore increased the options for customers and eased the logistical burden on restaurants.

The cloud kitchens
And there’s more: recently, another concept has sprung up and is now in full bloom. Full-service, on-demand delivery, or cloud kitchens, are now battling for their share of the market. Rather than working with third parties, they have their own chefs who prepare everything in-house, but solely for delivery purposes. They also take care of the delivery themselves. Overseeing the entire process enables the company to have absolute control over it, from the quality of the ingredients to delivery deadlines, avoiding some of the challenges that restaurants face, such as struggling to keep their dishes warm and offer the same quality as dine-in meals. Many set-ups have already partnered with famous restaurants and chains, and are thus able to provide a better customer experience than aggregators. But this full-stack business model also has its limits; the starting capital required is high, the HR and logistical loads are heavy and key insurance cover is mandatory. However, unlike the previous models, the market growth potential here is enormous, with full-service, on-demand delivery creating a new offer from scratch, even when the number of restaurants remains roughly the same.

Fresh food, fresh ideas
Some startups have come up with alternative offers to spice up the market, including delivering fresh ingredients for home-cooking. Brands of these socalled recipe boxes or meal kits include Gousto and Cook Angels, alongside others. The concept is proving to be a particular hit with consumers who are keen to eat healthy, but don’t have time for grocery shopping. The idea of connecting restaurants with businesses in their areas which want to use a kitchen is also taking off. 2ndKitchen, for example, allows restaurants to make money from their kitchens during downtime, although these initiatives remain confidential for the time being.
There’s no doubt that the battle lines are being drawn up between in-house and third-party delivery solutions. With the industry continuing to be a magnet for investors, the business looks poised for exponential growth in the coming years, although observers question whether the market could find itself at saturation point. To stay afloat, platform operators will need to remain ahead of the trend by constantly adapting their digital strategies. Many have already set up reward and saving programs on their apps to retain customers.

A growing trend
If the market has already matured in most Western countries, what projects look likely to maintain interest in the Middle East? The most common form of delivery remains the ‘classic’ one, when the customer places their order directly with the local restaurant – mostly by phone – and has it delivered to their door. But companies are starting to create niches for themselves. The industry’s regulars, such as Uber Eats and Deliveroo, having benefited from significant investment from Amazon recently, are well established in the Gulf and Lebanon, since their launch in Dubai in 2015. But local businesses are also fighting for their place in the sun. Talabat, meaning ‘Orders’ in Arabic, is the largest platform in the region. Having launched first in the UAE, it now operates in Bahrain,Kuwait, KSA, Qatar, UAE, Oman and Jordan. On top of delivering meals, Talabat also offers a grocery-shopping delivery service and uses in-house drivers as well as third parties. Talabat has opened its own cloud kitchen to shorten delivery times and is able to provide the supply chain for multiple brands using the franchise model. Bought by the German e-commerce giant Rocket Internet in 2015, Talabat pairs customers with more than 4,000 restaurants across the region. Zomato is another name to watch. Launched in New Delhi in 2008, the aggregator is now available in 24 countries, including the UAE, Qatar, Lebanon and Turkey. EatEasy is another option, displaying more than 1,500 Emirati restaurants, as well as BilBayt, which focuses on catering for groups and gatherings in Kuwait, KSA and UAE. The Dubai-based Eat Clean Me sets itself apart by putting the emphasis on healthy eating options, with tailored meals on a more modest scale, and delivers across the Emirates. Foodon Click, meanwhile, makes its name by being free of charge. Kuwait based Carriage is another alternative, while Zyda, based in Kuwait and Egypt, provides an online portal to companies, charging a subscription fee instead of the usual commission per order, and partnering with various local delivery firms.

Although a significant number of companies are already operating in the regional market, the industry still has plenty of growth potential, with the millennial generation and, over time, their children, in particular, keenly aware of the lifestyle choices available to them, including dining options, via their smartphones.

“With the boom of online purchases, people have gotten accustomed to ordering with maximum convenience and minimum human interaction”

“The most common form of delivery remains the ‘classic’ one, when the customer places their order directly with the local restaurant”

What’s On The Menu: The Latest UAE Dining Trends