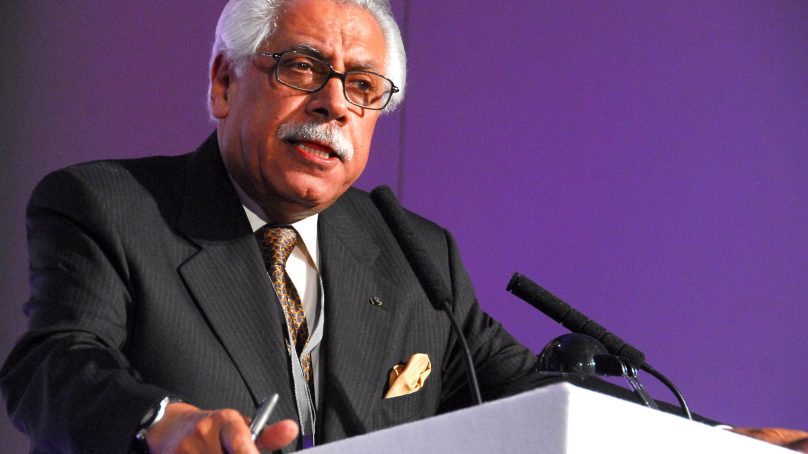 Biltaji, a tourism icon who advocated peace and awareness about climate change, has lost his fight against Covid-19, leaving behind a legacy of grandeur and excellence.­­

Jordan is mourning the loss of Akel Biltaji. A respected figure in the political world, he held the position of mayor of Amman and was senior advisor to King Abdullah II. Biltaji spent 28 years at Royal Jordanian Airlines. In 1997, he was appointed Minister of Tourism and Antiquities.

Biltaji was known for his peacebuilding and was behind the 2000 IIPT Global Summit on Peace through Tourism. In 2004, he was appointed chief commissioner of the Aqaba Special Economic Zone Authority and was named the king’s advisor on tourism promotion, foreign direct investment and country branding.

In November 2005, Biltaji became chairman of the Tourism and Heritage House Committee and a member of the Foreign Relations and Education Committees. From 2013 to 2017, he was Amman’s mayor.

Speaking about his tragic passing, Thuraya Husseini, Chairperson & Ceo of Lawrence & Husseini Consult for Conferences, Exhibition & Media services, said: “His Excellency Akel Biltaji was a loved and respected man who served his country with loyalty and dedication. He worked hard to promote Jordan worldwide and made sure to secure its place as a prime touristic destination. He will be remembered for his distinguished work and contribution. I had the privilege of inviting him to many events and conferences. His presence, his opening speeches and his moderation of the sessions made all the difference each and every time. Jordan has lost an incredible man.”