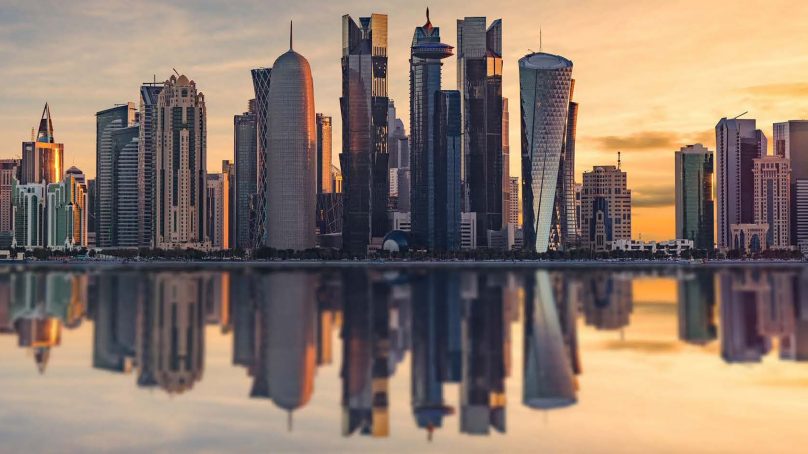 After a challenging few years, the outlook finally appears to be brighter for this strategically significant peninsular Arab country. Nada Alameddine, partner at Hodema consulting services, fills in the blanks.

Qatar’s broader economic performance and, specifically, its housing market, which had been triggering deflation since September 2018, are likely to improve in the coming months, according to a recent report by credit insurer Euler Hermes. The currency peg (QR 3.64 to the dollar) should also hold and support price stability, thanks to the Central Bank’s foreign exchange reserves. GDP growth stood at 2.1 percent in 2018, having slipped in the intervening years since reaching 4.9 percent in 2014. The year 2019 should show a slight improvement.

Low oil and gas prices hit the economy hard from 2014 onward, creating a deficit in the fiscal account until 2018. However, the situation improved when the price per barrel returned to USD 72, which enabled the country to get back on its feet and record a surplus of 5.3 percent of GDP, according to the IMF.

Oil prices have now bounced back to an average of USD 64, putting Qatar on course to clear a surplus as long as they remain stable.

However, not all indicators are flashing green; the public debt rose to reach 50 percent of GDP in 2019, up from 25 percent in 2014. The external debt also increased, hitting 60 percent, although repayments haven’t yet caused any problems. Indeed, the strong financial resources held by the Central Bank’s FX and the Qatar Investment Authority continue to represent more than 150 percent of GDP, according to Euler Hermes, indicating that an albeit fragile recovery is on the cards.

Betting big on tourism
Good news comes in the form of the latest tourism figures. Qatar witnessed a boom in visitor numbers last year, according to the Qatar National Tourism Council (QNTC), with arrivals reaching 2.1 million, up from 1.8 million in 2018. The double-digit growth of 17 percent draws double-digit growth of 17 percent draws a line under a difficult 2017-2018, when visitor numbers fell by 19 percent due to the blockade implemented by some other GCC member states. A visa-free entry policy was implemented in August 2017, which allowed entry to citizens of 80 countries. As it gained momentum, Qatar’s profile was also raised on the international stage when it hosted the 2019 World Athletics Championship. Admittedly, the event was criticized for poor attendance, but with attention now firmly focused on the 2022 FIFA World Cup, Qatar looks set to remain in the spotlight.

In the nearer term, Shop Qatar 2020 is causing a buzz, with the QNTC having taken steps to attract plenty of visitors for the event. The initiative involves collaboration with the airport authorities, who will fast-track visa applications within 24 hours for anyone identifying Shop Qatar as the reason for their visit, according to the head of the QNTC Akbar al-Baker. However, a new threat, in the form of the coronavirus, could halt or delay his ambitious plans; the Grand Prix’s MotoGP race, planned for March 8, has already been canceled due to the growing risks associated with the condition.

Much like other GCC nations, the country has created a diversification plan for its oil-oriented economy, titled Qatar National Vision 2030. Implementation is now gaining pace and, since 2018 and the endorsement of Law no. 20 relating to tourism regulation and no. 21 on organizing business events, all eyes are firmly on tourism and the hospitality sector. The construction of hotels, restaurants, malls and entertainment venues is in full swing, with an increase in room supply, which was up by 4 percent in Q3 2019, year-on-year (y-o-y), according to the QNTC. With demand up by 21 percent, occupancy correspondingly rose by 8 percent in the first three quarters of 2019 to reach 63 percent, while revenue per available room (RevPAR) rose 3 percent at the end of Q3 2019. The average length of stay (ALOS) fell by 3 percent to 3.47 nights per trip in the hotel segment and 6.72 nights per trip in the furnished-serviced apartment segment, dragged down by a sharp decline of 45 percent in the latter. In the final quarter of 2019, the total number of rooms available in Qatar stood at 26,778 across 128 properties, with many more currently under completion.

A busy year ahead
Figures for the final months of 2019 are expected to show further progress, since hundreds of turnaround cruise passengers were scheduled to visit the country, while various events, such as Hospitality Qatar, Cityscape and INDEX Qatar, attracted sizeable crowds. Other major happenings which took place at the end of the year included the ANOC World Beach Games, the GCC Cup and FIFA Club World Cup. Overall, these and other initiatives produced a highly satisfying year-end for hotel operators; Sheraton Grand Doha Resort & Convention Hotel, W Doha and the Ritz-Carlton Doha are among those who witnessed a surge in occupancy during the competitions. Screening set-ups and specific food and beverage menus were created for the events. The World Economic Forum’s Travel & Tourism Competitiveness Report 2019 ranked Qatar top in the Middle East and eighth globally in Business Environment. The focus is now shifting to the labor market, given that thousands of new jobs are set to become available in hospitality, retail, F&B and transportation. To help the industry achieve its goals, several training programs have been put in place, such as the tour guide program and the UNWTO/ IE University Online Tourism Academy.

Upcoming projects Against this backdrop, the industry is unsurprisingly proving to be a magnet for investors. One eagerly awaited project is the Qetaifan Island North, located off Lusail City. The complex will span approximately 1.3 million square meters, with 129,296 square meters dedicated to a waterpark featuring 21 rides. The park will feature the Icon Tower, with a 26-meter-tall rotating waterslide. The area includes waterfronts, seven beaches, luxurious hotels with a total of 1,616 hotel rooms, an 8,000 m2 traditional market, a school, luxurious private villas and apartments. An artificial salt canal linked to the sea will run through the Linear Park. Qetaifan Projects Company, a subsidiary of Katara Hospitality, is overseeing the development of the project. Some mixed-use and residential plots are already on sale, while the freehold law allows for non-Qataris to buy them. The government is betting big on the project, which is expected to become Qatar’s main leisure spot and provide accommodation for visitors within the fan villages during the 2022 FIFA World Cup. Ten new development projects for roads and infrastructure are also planned for the coming months, with building companies and realtors expecting major gains this year.

“Qatar’s economic situation improved when the price per barrel returned to USD 72, according to the IMF”

” The industry is unsurprisingly proving to be a magnet for investors”