Taking the hospitality pulse of the Middle East - Hodema 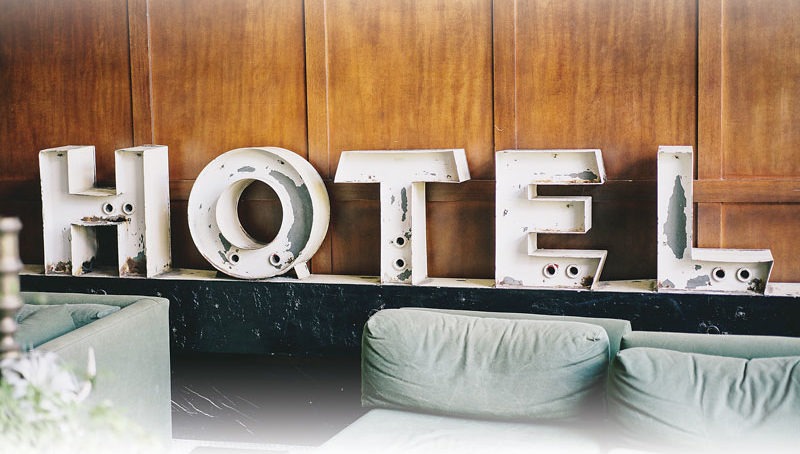 With the new year almost upon us, Nada Alameddine, partner at Hodema Consulting Services, assesses the performance of the Middle East’s tourism industry, and more specifically, its hospitality sector, charting present and future trends

The overall outlook for the industry is generally positive, with the Middle East asserting itself as a global hub for travel and tourism, although not to the levels it has reached in recent years. In the Gulf, international tourist arrivals have increased by 8.44 percent year-on-year (y-o-y) to 58.2 million, while across the GCC, over 1,156 hospitality projects are under construction. The surge in middle class millennial visitors from the United States, Europe and notably Asia, alongside others from within the region itself, has generated a shift in demand toward a more affordable offer, such as 3 and 4-star hotels, and serviced apartments, but also rented private properties, such as Airbnb. The market is only just starting to take account of this new phenomenon.

Dubai: gearing up for World Expo 2020
With the World Expo 2020 on the horizon, Dubai, the traditional flag bearer, is giving its all, despite experiencing lately, an economic and construction slowdown. The city-state is expecting a record number of people for the event, with a target of 20 million visitors in two years. As of now, the hotel and furnished service apartment supply stands at 108,000 available units, which is expected to increase to 132,000 by the end of next year. Much of the new accommodation will be in the 3 or 4-star categories, filling a long-term gap in the market, and expected to draw a more diverse, budget-conscious clientele. While smaller and quieter, Abu Dhabi won’t be left on the sidelines, with its government actively marketing the UAE’s capital as a leisure destination, offering major tourist attractions that include Sheikh Zayed Grand Mosque, Ferrari World, Warner Bros. World, YAS Island and Saadiyat Island, among others. The emirate has close to 22,000 hotel rooms available, with prestigious names, such as Kempinski, opening new properties.

Qatar opens its doors
Qatar has also started a charm offensive toward foreigners, which includes a new visit-visa policy. Nationals from 88 countries can now enter Qatar visa-free or free-of-charge. This move has prompted a surge in visits and y-o-y increases in arrivals from key markets, including: India (up by 18 percent); China (up by 43 percent); and Russia (up by a record 366 percent). Qatar has a busy schedule ahead, prepping for the FIFA World Cup 2022. The country is required to have 60,000 available hotel rooms for the event, as per FIFA guidelines, and is even considering accommodating football fans on cruise ships during the tournament. Qatari authorities also aim to attract 5.6 million visitors annually by 2023 as part of their National Tourism Sector Strategy 2030, which is supporting efforts to diversify the economy.

Saudi Arabia eyes leisure offerings
Like its Emirati neighbors, Saudi Arabia has a lot on its plate, with a bustling religious tourism sector and a highly ambitious plan – Vision 2030 – to diversify its oil-dependent economy. The authorities have thus implemented higher pilgrim quotas and increased leisure offerings to attract more visitors. The country now has 477,000 rooms, with more than 65 percent of the supply located in Madinah and Mecca. In addition, more than 94 hotels that will provide a total of 40,000 rooms are currently under construction. Riyadh’s hotel market consists of 12,000 rooms, with the number expected to reach 15,000 by 2019. Construction activity is also evident in Jeddah, which has 10,000 rooms currently available and a further 2,500 under construction. The country’s economic capital, Riyadh, welcomed 5 million visitors in 2017. The market is expected to strengthen in the coming years, with the introduction of homegrown boutique hotels, as well as lifestyle hotels, alongside conventional, upscale corporate properties. The latest additions are: Hilton Riyadh Hotel & Residences; Copthorne Hotel Makkah (Jabel Omar); Swiss-Belhotel Al Aziziya Makkah; Millennium Hotel Jeddah; and Hilton Garden Inn Al Khobar.

Oman’s tourism ambitions
Although less ambitious than its Saudi neighbor, Oman also has its sights set high when it comes to developing its tourism industry. The country is targeting 7 million tourists by 2040, including 2.7 million for the capital Muscat. Additional infrastructure – such as a larger international airport – is planned, as well as a new business hub, which will be developed in the desert. The sultanate has plans for the former sleepy outpost Madinat Al-Irfan to compete with Dubai in the near future. The Mall of Oman and The Wave complete the leisure offer. Muscat currently offers 9,600 rooms, with a further 3,400 currently under construction and expected to be operational by the end of 2018. Oman has plenty of potential to become a regional cultural hub, but the authorities are all too aware that their economy still feels the weight of fluctuations in oil prices.

Egypt and Lebanon under pressure
In Northern Africa, Egypt is still struggling to regain its title as favorite destination for European and Russian visitors, who began looking elsewhere when the Arab Spring of 2011 prompted years of political and civil unrest. The Metrojet attack, when 224 Russian tourists died, also halted flights from Russia for two years in 2015. With a more stable political situation and the resumption of all flights, the country’s hospitality sector is back in business, enabling its hotels to deliver stronger performances. Egypt has around 78,800 rooms and 19,000 in the pipeline. Significantly, international brands are staging a comeback, with Hyatt planning a new hotel in Cairo in 2020. And finally to Lebanon, where hotels are still suffering from fluctuations in the number of Arab visitors – their primary foreign clientele. Occupancy rates have declined in Beirut hotels, falling to 58.9 percent in the first quarter of 2018 from 61.9 percent in the same period last year, although a rise in the number of European and local tourists is partially compensating for the loss. Out of the capital, however, there are signs of new positive trends, led by the opening of guesthouses. Their popularity indicates a new and growing interest in rural tourism and less formal types of accommodation.

Mark your diaries
Having assessed the current situation, thoughts turn to the coming months and years and what they hold. First, we need to keep a close eye on the region’s major events – Dubai’s World Expo in 2020 and the football world cup in Qatar in 2022. The regional hospitality market is projected to reach USD 32.5 billion in 2022. Secondly, the various development programs launched by countries to diversify their economies should reap rewards, delivering an improvement in economic performance and increases in government spending. These policies are expected to boost the number of arrivals, notably from Europe; indeed the GCC is eyeing an increase in visitors of 17 percent from 2018 to 2020. The Gulf hospitality market is also moving to capitalize on the millennial segment, given this group’s leaning toward experiential travel and value for money. Indian millennials are proving to be a market with considerable potential, with their numbers having now surpassed 400 million, and Dubai is one of their preferred destinations. To keep up with rising projected demand, the hotel supply is expected to reach approximately 835,723 rooms and furnished serviced apartments by 2022, a compound annual growth rate growth of 4 percent on volumes in 2017. Projects in the pipeline are worth USD 147 billion, comprising 724 hotels, 292 furnished serviced apartments and 140 resorts.