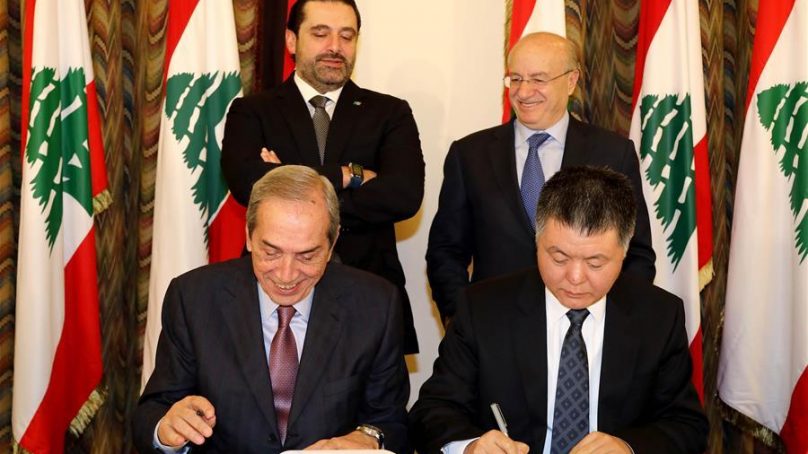 The China-Aid Lebanese National Higher Conservatory of Music is well under way with the start of construction planned for late 2019-early 2020 in Dbayeh, Lebanon. The project will be completed in two years.

Earlier this month www.beltandroad.news reported that Adnan Kasar, Honorary Chairman of General Union of Chambers of Commerce Industry and Agriculture in the Arab countries had attended an investment forum between China and Lebanon held in Beirut on March 30. Kassar said the Lebanese Government welcomes Lebanese enterprises to participate in the Belt and Road construction.

Gao proposed both countries expand bilateral trade and investment, foster infrastructure construction, and deepen cooperation in finance and tourism industry. Gao welcomed the Lebanese government and business community to participate in the 2nd Belt and Road Forum for International Cooperation and Belt and Road CEO Conference, to promote further exchange and to foster cooperation in information sharing, commercial and legal services.

Chinese Ambassador to Lebanon Wang Kejian said the Chinese government will enhance coordination in policy match-making, back up the integration of Lebanon’s development plan with China’s Belt and Road Initiative. China will assist with the matching of enterprises of both sides and bolster up Lebanon’s efforts in safeguarding the country’s sovereignty, security and stability.

Meanwhile, an arbitration coordination platform was established following a MoU signed between CCPIT and FFCCIAL. More than 200 entrepreneurs from both countries attended the forum.

Serving up novelty in a scoop

Fresh food on high demand in the UAE, driven by health awareness