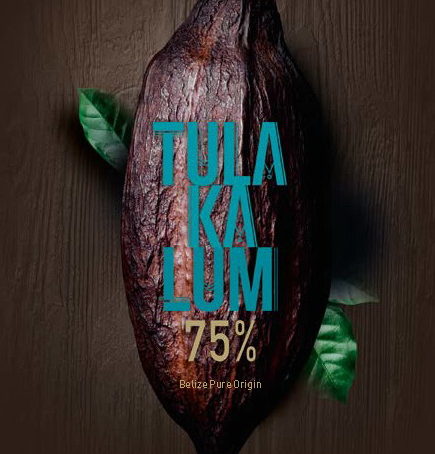 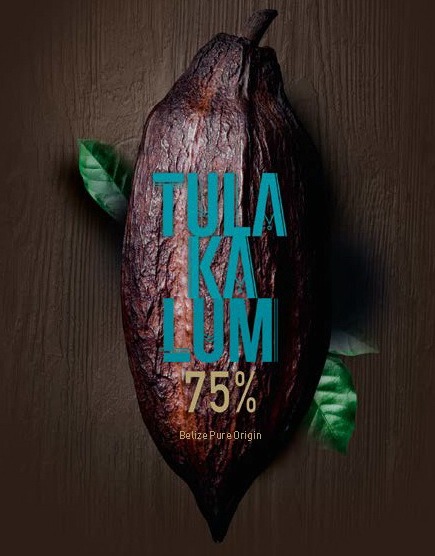 Sourced directly from the Grand Cru de Terroir of Belize, Tulakalum means ‘together’ in the Mayan language and never has a bean of such pure origin worn its name so well! This exceptional chocolate comes from a shared passion for rare flavors and the extraordinary collaboration between sourcers, producers, experts, tasters, Valrhona pastry chefs… This collaboration saw the birth of Tulakalum, a 75% chocolate couverture dedicated to artisans of taste.

If we’re to believe the traces left in an ancient pottery kiln, cocoa’s presence in Belize goes back to the 6th century. Perpetuating this thousand-year-old tra­dition is Emily Stone, a young social entrepreneur, who founded Maya Mountain Cacao (MMC) in 2010. In 2014, Benjamin Figarède, a Valrhona sourcer, met Emily Stone, who showed him her two plantations, one in the south and the other in the center of the country. After having explored the entire region, the plantation in the center – planted during the 1970s with an incomparable number of varieties – cap­tured Benjamin’s attention. Its production is reser­ved exclusively for Valrhona. Using neither herbicides nor pesticides, the plantation is part of a preserved natural environment with big trees that provide shelter to a wide variety of species.

Strength of character and gentleness… Tulakalum 75% reflects a whole country’s identity, just like all of Valrhona’s Pure Origin chocolates. Born out of a close partnership between producers, Pure Origin chocolates are made using cocoa selected for its extraordinary aromatic potential, resulting in a palette of flavors that is as varied as it is surprising. Tulakalum completes Valrhona’s collection of chocolates with a high percentage of cocoa.

The Mayan meaning of Tulakalum 75% speaks volumes, since it has been made according to professionals’ expectations, who are very much in demand of a slightly sweet chocolate with a high percentage of cocoa. Pastry professionals will be the true ambassadors: through their recipes and crea­tions, they will know how to reveal to consumers the story and rare taste behind this singular chocolate.

A new taste in Valrhona’s aromatic palette, Tulaka­lum 75% exalts the magic in a specific location, the center of Belize. Initially, the powerful acidity mingles with gentle spices. Slightly sweet, quite bitter, it has beautiful notes of ripe fruit. Tulalakum 75% has no soya lecithin, thanks to its high percentage of cocoa and does have a high level of fat, which makes a wide variety of textures possible, to adapt to all pastry and chocolate uses, including coating.