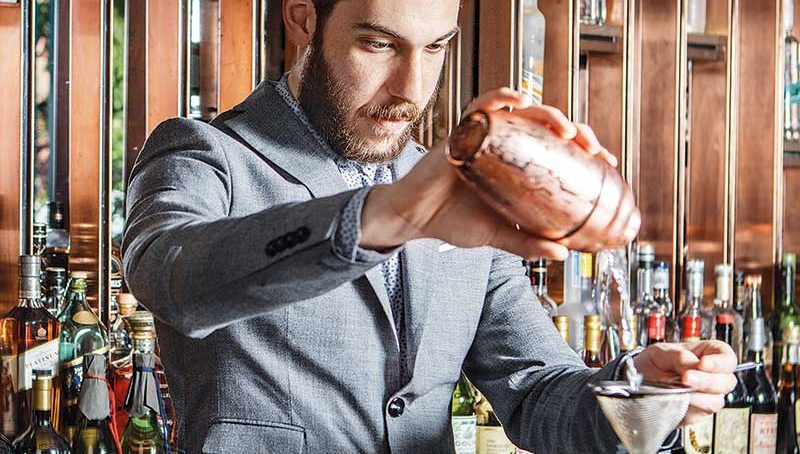 To learn more about how bartenders and chefs are now collaborating where cocktails are concerned, HN spoke to Mike Kassabian, who recently set a country first by winning both Diageo’s ‘Best Bartender in Lebanon’ and Diageo’s World Class ‘Cocktails at Home’ category challenge.

You’ve now won some of the industry’s most reputed awards, so what comes next?
To answer that, I have to return to the moment when I successfully reached the semi-finals of Diageo Reserve World Class competition. That was when I began to take a special interest in food-pairing. After winning Lebanon’s best bartender competition and while competing in Mexico, I realized that the kitchen was where I wanted to be.

What does bartending have in common with being a chef?
Funny you should ask that, as I will be leaving for Norway tomorrow for a three-month internship at Maaemo, which has 3 Michelin Stars, and is one of the world’s most awarded restaurants! Despite being accepted at NOMA, I opted for the former because they have a different approach to F&B. While there, I hope to learn a diverse range of techniques, which I will then employ to expand my culinary and bartending skills.

Are your plans related to the current trend for culinary cocktails?
This trend is simply a reflection of what has been brewing behind the scenes for a very long time. We have reached an inflection point, which will see bartenders and chefs working alongside each other. There are incredible parallels between the bartender and the chef. Think of it this way: for chefs, fire is key, while for bartenders, it’s ice. Chefs use salt and bartenders use sugar. Chefs and bartenders are inching closer to one another since they are realizing that they have much to learn from each other’s craft. Furthermore, the seminars reserved for international bartenders and the bartending profession are now also being attended by chefs. In addition, bartenders are bringing chefs to attend events. This allows these two professionals working under the same roof a platform for a more fluid exchange, which is proving to be highly beneficial to both, at a time when the bar and kitchen are slowly merging/fusing.

Can you give us any examples of this trend in practice?
Unknown to most, there has been a frequent crossover related to the techniques and tools used by both bartender and chef. This becomes especially true when you consider the increasing collaborations between some of the most reputed chefs working alongside a host of amazing bartenders. It is such interactions that are adding incredible value for diners and elevating the eating-out experience to an unprecedented level through the introduction of new flavors in liquid form. Building on that movement, chefs are more frequently experimenting with liquids and have taken the time to learn amount machines uniquely-designed to that end. One popular machine is the rotary evaporator that can allow for the distillation and extraction of flavors. So, you can imagine the types of results achieved when both bartenders and chefs share their take of what is possible and then work side-by-side to create something completely original. Furthermore, the knowledge of liquors and spirits combined with modern techniques and machines results in superior experiences that previously had been unheard of.

So where do you think this is all leading?
There are globally reputed chefs today at the head of their craft who have borrowed techniques from bartenders, proving that to evolve in this profession, one needs to master both. This is gradually becoming an inescapable reality. As for the chef and bartender of the future, I see both coming closer together. Bear in mind that some years ago, chefs used to have wine with food-pairing menus, which have today evolved into cocktail-pairing menus. This is especially important today, given that sauces constitute a base in food and bartenders have a profound understanding of liquids. Applied on the same platform, their skills can produce far more powerful results, maybe even a new profession!

HN also reached out to two of the bartender judges participating at HORECA 2019 to learn more about the latest trends in the Culinary Cocktails category. Spyros Kerkyras is CEO of Bar Solutions, a drink, events and bar consultancy based in Greece. 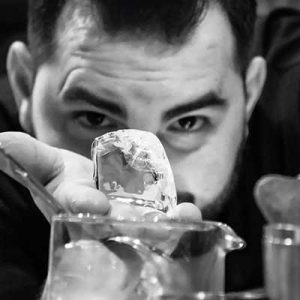 What is your take on the techniques employed by bartenders for crafting culinary cocktails that are currently trending?
That is a million-dollar question! Actually, I totally adore all these complicated techniques, but while they definitely make a big difference, they can’t top a perfect G&T with aromas of fresh citrus fruits, such as a pink grapefruit! Speaking from the perspective of the Bar Solutions team, we often employ plenty of techniques, such as the vacuum, sous vide and rotary evaporator. Many of these help us create delicious drinks, especially the aromatic varieties. However, the trick is not in using them, rather in knowing how and when to do so.

Why do you think bartenders have been turning their attention away from the bar to the kitchen?
In every country, you see bartenders entering the kitchen in order to cultivate other techniques which they can use in the bar. They are trying to incorporate everything in their process to create something magical and offer their guests a more engaging experience. The kitchen is and will always be helpful in every aspect for a bartender as it contains a lot of untapped potential. Chefs and bartenders are ‘dancers’ and the choreography that is ensuing is continuously evolving. In other words, the time has come for both sides to unite for an unprecedented gastronomic experience!

Alexander Sourmpatis, bar manager, Casablanca Social Club in Greece, shared his take on the sector’s upcoming trends with HN, including some he has long been championing.

What are some of the techniques you use to fashion drinks?
When it comes to purees, infusions, fat-washing and vacuum, I use all of them in a cocktail list. It depends, of course, on the season and what I want to achieve, but they are all required to make a complete list of drinks.

In a country that prides itself on its fresh and flavorsome produce, what ingredients are you currently choosing to use the most and why?
It’s not a myth that Greek bartenders have always used fresh ingredients in their cocktails, in part because customers immediately recognize them and are often reminded of their childhood! I really like using herbs and spices, but my all-time favorite is beetroot. In my opinion it gels well with almost everything and it’s very diverse.

Why do you think bartenders have been turning their attention away from the bar to the kitchen?
I’ve never thought of the bar and kitchen as two different industries. Despite the fact that they work in different ways, a kitchen has always provided helpful tools for bartenders to extract, increase and create flavors. However, a kitchen will never have this relationship with the customers, which is why bartenders will always have to adopt and improvise accordingly.

F&B outlets are putting an increasing emphasis on ‘zero waste’ policy initiatives. Is this affecting how you choose your ingredients?
Certainly, more bars are trying to use ingredients that they might have previously thrown away. The bar I am running couldn’t have done otherwise; after all, this is money saved at the end of the month – money that we can invest in other things, rather than throwing in the bin. 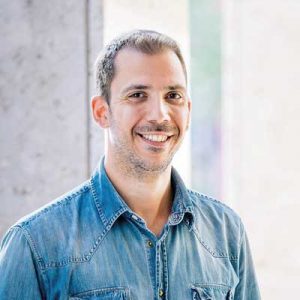