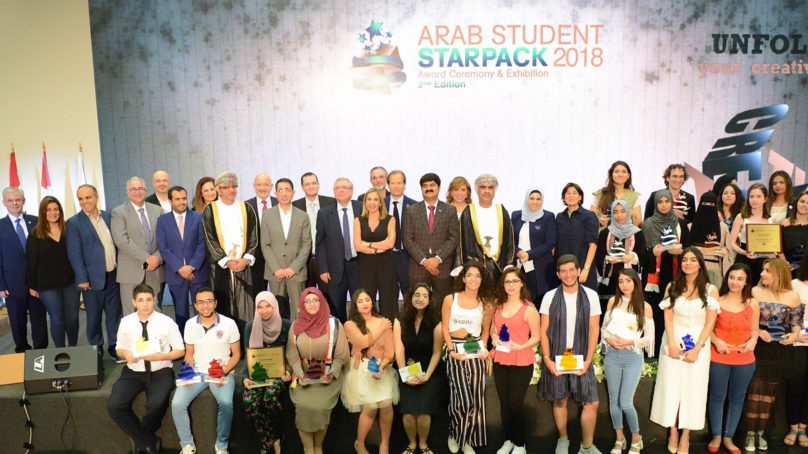 Founded in 2008, LibanPack aims to increase competitiveness and market access of Arab and Lebanese products to export markets in collaboration with UNIDO (The United Nations Industrial Development Organization).

The event that was only available for national university students for the past seven years was held under the patronage of H.E Prime Minister Saad Hariri, represented by H. E Minister of Industry Dr. Hussein Hajj Hassan.

It received 827 entries from 13 Arab countries. Lebanon came in the first place for awards garnered followed by Tunisia with Egypt and Jordan in the third place, Morocco fourth, Oman and Yemen in the fifth and KSA, UAE and Iraq in sixth place.

The categories were visual, structural and food packaging design. This year’s jury panel was comprised of ten local, regional and international judges from various industries.

“To ensure maximum objectivity, the entries were only given a number. The judging process was so stringent that some countries did not even win a single award,” explained Soha Atallah, LibanPack’s director who was recently appointed vice president of UNIDO. Elaborating further she said, “This post will allow me to be more active in the World Packaging Organization, the event’s accrediting body. The aim, from the start has been to compete on an international level and this year’s competition winners will automatically qualify to participate in the World Star competition offering them international visibility.

The third edition of the Beirut Restaurants Festival is announced