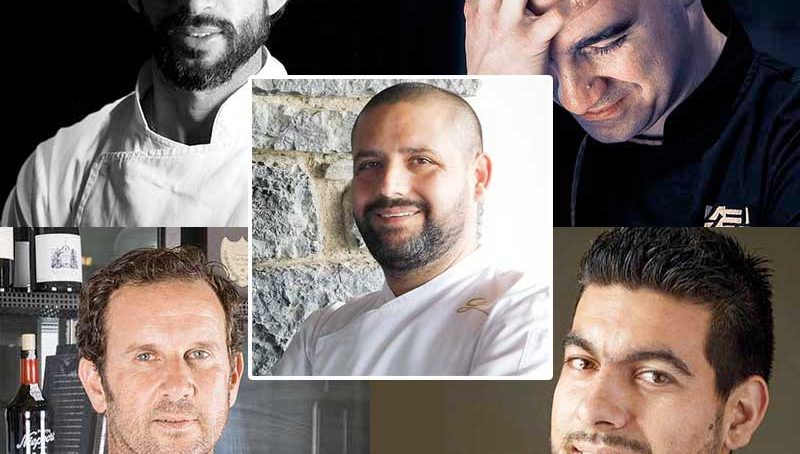 One of Portugal’s most renowned chefs and restaurateurs, José Avillez opened Belcanto restaurant in 2012. The restaurant won a Michelin star that same year and earned a second in 2014. The following year, it made the prestigious The World’s 50 Best Restaurants list. Always on the prowl for novelty and diversity, Avillez, in 2018 teamed-up with Lebanese Chef Joe Barza to open Lisbon’s doors to an authentic Lebanese culinary experience, ZA’ATAR.

What roles do experience and context play in your culinary creations?
I grew up in Cascais, near the seashore, and was surrounded by pinewoods. The memory of being that close to the sea is so strong that it defines me. I remember eating Salicornia, a plant that grows on the beach, and today, I often use it in my recipes. Afterwards, I found myself falling in love with Lisbon, a magical city that was once the capital of the world and which remains a phenomenal inspiration for me. Here I have the chance to cook for people from all around the globe and I’ve tried to pay tribute to it by opening several restaurants that constitute meeting places and which I view as starting points from which to explore the city. In terms of cuisine, my greatest inspiration comes from traditional Portuguese cuisine, which is tremendously rich and varied. At Belcanto, we offer revisited Portuguese cuisine, combined with contemporary inspiration and made using top quality ingredients, prepared with exceptional accuracy.

How do you promote your cuisine?
One of the biggest misconceptions about Portuguese cuisine is that it is all about codfish. The fact is, in Portugal, we have a very rich and varied cuisine, as well as the world’s best fish and seafood. We combine traditional Portuguese cuisine with modern ingredients and techniques, finished with an innovative spirit. My mission is to promote Portuguese gastronomy through the several restaurants I have in Lisbon and Oporto that welcome thousands of foreign visitors each month. I also travel the world for about three months of the year, which affords me the opportunity to cook and exchange experiences, while promoting younger chefs. In addition, I invite international chefs to Portugal, so they can get to know our cuisine, while I continue trying to discover the relics and gems of Portuguese food. I believe our cuisine has everything it takes to be one of the best in the world and our gastronomy continues to garner higher levels of attention. We have customers who travel from New York to Lisbon just to have dinner at Belcanto. This would not have happened some years ago.

Do you agree that creating a simple dish can involve a complicated process, while, at other times, a complicated dish can be easily prepared?
Everything influences me, from my inner/outer world, memories, people I’ve met and journeys I’ve made to flavors, textures, movies and landscapes. For me, the creative process is very personal and complex – it’s a mental process that’s difficult to explain, and which usually reveals itself in new forms, often when I’m travelling or on vacation. Ideas start coming together in my mind. When I return to the kitchen and share these with my team, the new dish is usually 90 percent complete, allowing 10 percent for adjustments.

What or whom do you regard as your greatest influences and what are the biggest challenges when it comes to translating your ideas into reality?
My mentors are Maria de Lourdes Modesto, the most important Portuguese author on traditional Portuguese cuisine, and José Bento dos Santos, the most important Portuguese gastronome. I’ve also been heavily influenced by all of the great chefs I worked with and learned from, including Ferran Adrià, who played a life-changing role in my career, while teaching me how to think and broke down the mental barriers I faced, Alain Ducasse, Eric Fréchon and Antoine Westerman. 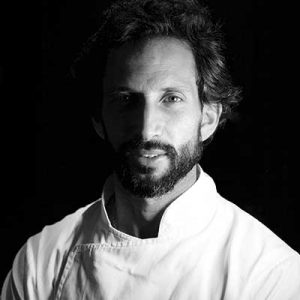 Guimarães is a city in northern Portugal, known for its well-preserved medieval buildings. It is also home to a relatively new concept restaurant called A Cozinha (The Kitchen) by Michelin star chef, António Loureiro, where sophistication and creativity intertwine, in harmony with nature and to the swaying rhythm of the seasons. 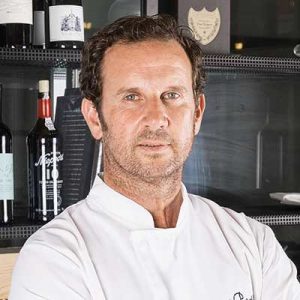 What roles do experience and context play in your culinary creations?
The concept of A Cozinha was built on tradition and innovation. Tradition is a part of our heritage, as well as my memories, in terms of gastronomic values. Though I travel a lot to learn new techniques and develop more culinary skills, my own identity comes from my memories. In my family, gastronomic values were always very important, since everything was centered on the food made with love by our elders. It is a well-balanced formula which I emulate, using the best products in the region, sourced from the best suppliers, which I then prepare by means of creative cooking techniques to bring out all the flavors nature has to offer.

What difficulties have you had to overcome during your career?
Even though Portugal is a small country, we have a rich and very diverse gastronomic identity. Wining the Contest of the Best Cuisenaire of Portugal in 2014 gave me the visibility that I needed to show the world my own identity and being in Guimarães, a small city classified as a UNESCO World heritage site, allows me to do just that. You could say that it is a win-win relation.

What or whom do you regard as your greatest influences and what are the biggest challenges when it comes to translating your ideas into reality?
My memories and the love I have for cooking are my greatest influencers, especially when it comes to using what Mother Nature has to offer with the coming of each season. Some 30 years ago, in my region, each family had a garden, where all sorts of animals were raised. They fed on lush, green grass and drank natural water. It is a place where food was never wasted, because we learned to use the entirety of every product. This has been a long-held tradition that we still practice, to ensure the purity of the elements we use to create our ever-changing menus, which I redesign twice a year. In so doing, I maximize the potential of each product, and also include what I call ‘Essays from a Cozinha’. Each essay tells a story created in collaboration with our clients over a two-week period, as I strongly believe that cooking is also about storytelling.

What roles do experience and context play in your culinary creations?
Being raised in a family that devoted itself to the restaurant business was crucial in defining who I am today and what I do. My brother and I spent part of our childhood in the kitchen, watching our mother preparing the food that our father would then serve. That kind of dedication to guests inspired me to learn and perfect the art of cooking.

What difficulties have you had to overcome during your career?
The way I see it, G Pousada is a project that definitely demands a good dose of passion and commitment. Nevertheless, we have a massive advantage – namely, the quality of Portuguese food and our deep and varied kitchen culture. Although there is certainly a long way to go for the cuisine to become globally recognized, Portuguese products are among the highest quality found anywhere.

What or whom do you regard as your greatest influences and what are the biggest challenges when it comes to translating your ideas into reality?
There are definitely far too many to list, but if I had to highlight a single person, it would be my mother. She was the one who contributed most during my initial phase as a cook. Her deep knowledge of traditional culinary arts constituted the basis of my formation, which today remains the greatest inspiration, especially when I’m designing my next menu.

TIAGO BONITO: THE ELEMENT OF SURPRISE

Tiago Bonito is the executive chef at Largo do Paço, the Michelin-starred restaurant previously run by renowned Chef André Silva at the Casa da Calçada Hotel, Amarante. His goal is to find ways to surprise his customers and, in turn, ensure they come back for more. 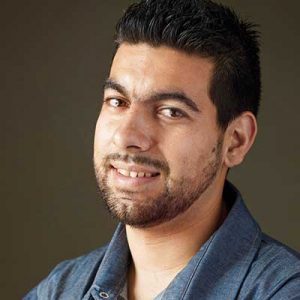 To what degree do the ingredients you use influence your menu offerings?
The ingredients always determine my menus and therefore need to be mainly sourced from the region to ensure freshness. Furthermore, to guarantee quality, we work with small local producers of organic vegetables and have direct contact with most of our suppliers. This is due to the fact that we want to share the best we have to offer at the right time with our customers. For instance, in winter, fresh catch and wild mushrooms are popular. In spring, asparagus, meat and milk take center stage, while in summer, fruits, fresh fish and other types of seafood are in demand. Keep in mind that the ingredients are the soul of the dish, which we are obliged to respect.

What or whom do you regard as your greatest influences?
My greatest influences come from experiences, mentors, chefs, literature and traditions. My sources of inspiration come from memories, childhood, home, family and seeing others happy! As for the biggest challenge of translating ideas into reality, we always ensure that the products do not lose their identity or essence by respecting their origins, traditions and culture.

Pedro Almeida, executive chef at Midori in Sintra, Portugal, drew his earliest culinary inspiration from his mother. Many years later, this fueled a personal desire to please the palates of everyone who came to taste his creations. Almeida had also developed a love for Japanese food, which led to him soon building the foundations for what would become his special recipe for fusion cuisine, the first of its kind in Portugal. In 2018, recognition came in the form of his first Michelin star.

To what degree do the ingredients you use influence your menu offerings?
Local and fresh produce constitutes a major component of our menu. Even though Midori is a Japanese restaurant, we try to use as many Portuguese ingredients as possible in our cooking and naturally, our Portuguese roots have a great deal of influence on the flavors we create. Nevertheless, we also have a lot of exclusive products that are brought all the way from Japan just for us. Good examples of this are our Yakiniku dish, in which we use a very special pork meat from the Alentejo region in Portugal, cooked on a traditional Japanese Robata grill, and the Caldo Verde Miso soup, a traditional Portuguese soup recreated in a Japanese way. The Tuna Tataki, in which we incorporate almonds from my mother’s hometown, is another such example.

What or whom do you regard as your greatest influences?
I have been influenced by many different chefs, which is why, at Midori, we do not adopt a cooking style that is 100 percent traditional. However, nowadays social media and cooking books are my greatest sources of inspiration and creativity. It’s not difficult to get ideas from pictures and videos, and bring them to life. However, it takes a lot of time, effort, and a trial and error approach, to achieve perfect results. 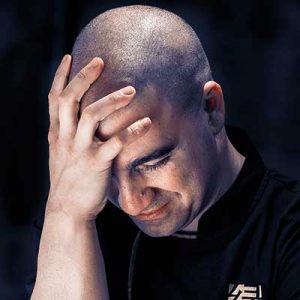