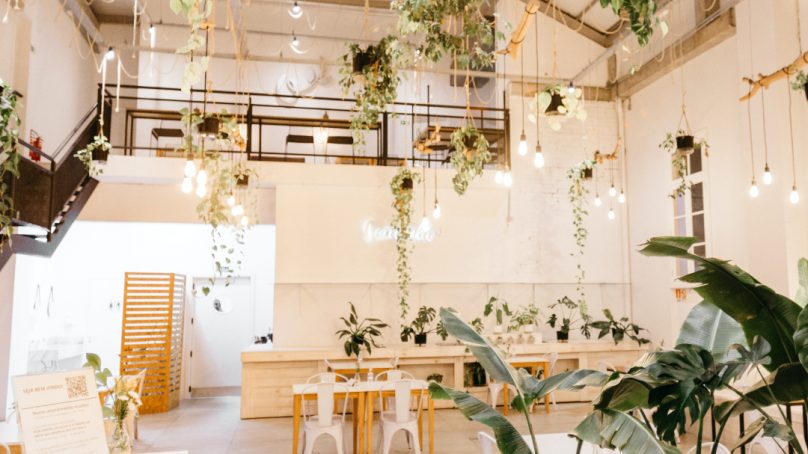 The Middle East is renowned for its prowess in introducing foreign cuisines locally, but which ones really stand out? Nagi Morkos, founder and managing partner at Hodema consulting services, dishes up the hottest food trends in the region.

Basics
Burgers, pizzas and pasta dishes remain unbeatable in the region, with dozens of international brands spread across the GCC, Lebanon, Egypt and Jordan. These dishes have found their way into our everyday diets. Some Middle Eastern developers have thus created their own brands to compete with the likes of Pizza Express and Five Guys. Although most outlets are in the casual dining segment, a few have decided to develop a high-end offering, such as Roberto’s in Dubai. But the mid-range segment should prevail in the coming months, strengthened by Lebanon’s economic crisis and ailing economies in the rest of the region.

Eating local
Another trend on the rise, which was already spotted last year, is local cuisine. For a long time, eating out meant going for Western or foreign dishes, but now traditional recipes finally have their moment in the spotlight. However, Lebanese food has always been treated differently, having been a regional — and even global — favorite for a long time now, thanks to its healthy ingredients and simple recipes. Lebanese restaurateurs have also succeeded in promoting their delicacies, as they understood way back that food offered a great business opportunity with decent upfront investment. Now Emirati food is the latest fad, with khuzi and al machboos enjoyed by locals, expats and visitors. Popular hotels have even decided to dedicate their in-house restaurants to regional cuisine, such as Aseelah at the Radisson Blu Deira Creek. This trend sets a precedent in the Middle East; the region has a tradition of importing foreign ideas and concepts, with hundreds of Western brands having settled in the area, but is now promoting and exporting its own, although the move remains a timid one. There is still a lot of room for expansion and many new local concepts could emerge in the coming months.

Keeping it casual
So what are the differences between this year’s global and regional trends? The main one is that successful outlets are emerging from the casual segment. This doesn’t mean that there are no successful high-end establishments; they are just different to those found in Europe or the United States with chef restaurants.The cuisine is generally less specialized. On the other side of the spectrum is the fast food sector, dominated by street corner shops. This sector is alive and well across the region but does not represent a trend per se.
From grab-and-go to grab-and-stay Another specificity is the half-hearted popularity of the “grab-and-go” and “walk in” concepts, favorites in North America’s urban areas. Walking around New York or Toronto, and even London, you often spot busy commuters running errands with a coffee or a sandwich in hand. Many just buy these items from the first shop they spot on the way, and most don’t go to the same outlet. This isn’t the case in the Middle East, where most people don’t practice “grab-and-go.” Even when they do, they usually visit the same place. There are multiple reasons to explain this difference: contrasting urban development, a lack of public transportation and a smaller middle class able to afford cafe lunches.

Ducking exoticism
The boom in cuisines from across the globe — from Asian to South American — in recent years is also struggling to reach the region. The difficulty with importing specific ingredients could be part of it, but it mostly comes down to the fact that exotic flavors are not always met with enthusiasm. Many cuisines that are celebrated in Europe, such as Indian or Ethiopian, have never had their break in the Middle East and most Asian restaurants don’t differentiate between Japanese, Chinese, Vietnamese or Thai cuisines.

Eating (partly) clean
While the healthy eating trend sweeping Europe and North America has started to reach Arab countries, it could do much better. Healthy and organic menu options remain scarce and quite basic, as Western chefs vie to be the most inventive. The same can be said for bakeries, where whole-wheat and gluten-free breads have become a familiar sight on European shelves. In the region, gluten and lactose free options are still not particularly well represented.

Getting to grips with Generation Z

Sandy Hayek at the helm of Time Out Market Dubai