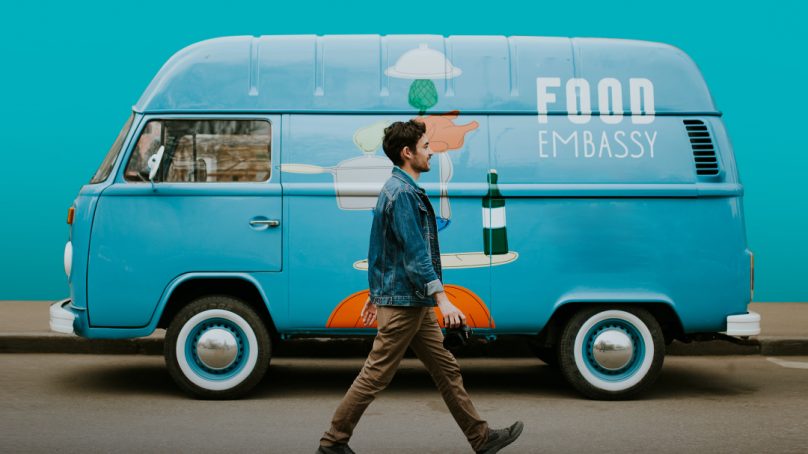 The power of pop-ups

In the midst of a global pandemic, countless restaurants, cafes and bars have been forced to constantly open and close their doors as they adhere to lockdown restrictions. As a result, pop-up concepts have proven successful for many. Nada Alameddine, managing partner of Hodema consulting services, gives us the lowdown.

In order to mitigate the effects of Covid-19, restaurateurs have deployed a wide range of strategies, including popup concepts. These short-term structures have many benefits for investors, chefs and customers alike. They provide a low-cost way of starting a business or trying a new concept and the return on investment is usually quite attractive. Most of these temporary concepts are established in an existing restaurant, an abandoned business, on rooftops or even in warehouses. Some have even joined shared kitchen spaces.

Pop-up concepts: going short term to survive the pandemic
For investors, pop-ups are a good way to showcase a business model, fundraise money or attract new partners with cheaper startup costs than a permanent address. With the pandemic raging on, they enable owners to close overnight if required. For chefs, pop-up restaurants allow them to try new concepts, reach new audiences, offer more exclusive experiences and test edgier recipes without risking it all. Junior chefs can start their first business without taking huge loans, and seasoned chefs can try their hand at new things without putting their existing businesses at risk. For foodies, pop-ups fulfill cravings for unique dining experiences.

Here today, gone tomorrow
The life expectancy of a pop-up varies and depends on the restaurateur’s plans for it. Most stay open for a couple of months, while others for just a couple of days. In 2015, McDonald’s launched a luxury one-day pop-up in Tokyo, with silverware, butlers and wine.
Crazy and alternative pop-up concepts have become a trend over recent years. London-based company Lollipop developed a Breaking Bad-inspired cocktail bar called ABQ in London, Manchester, New York and Paris. Walter White fans could make cocktails in a makeshift laboratory using molecular mixology techniques. Outstanding in the Field, which was launched in the U.S., Canada, France and Japan, brought people to a farmer’s table and promoted locally sourced ingredients. Following the same idea, Seafood Stories in San Francisco taught people how to protect the oceans.
In the United States, you can find entire malls dedicated to the pop-up trend, such as New York’s Sous Vide Kitchen. Delivery companies have also jumped on the bandwagon. UberEats, Postmates and DoorDash are trying new concepts, including kitchen trailers.

Popping up in Dubai
In the region, concepts tend to be more traditional and benefit from the reputation and skills of foreign chefs who run them. Short-term outlets can be a safe bet for foreign concepts testing the local waters before settling down. Hotel groups, which already run many of the top-end tables, have entered the business and are giving their take on the pop-up trend. The Winter Garden at Dubai’s Habtoor Palace and Sal in the world-famous Burj Al-Arab Jumeirah Hotel have made a name for themselves.
Kayto, which started out as a temporary space and featured celebrated recipes by Japanese Argentinian chef Cristian Goya, has now become permanent at Jumeirah Al Naseem Hotel. In November 2020, Hilton hotels across the UAE launched a food pop-up with OTB (Out The Box) serving burgers at all of the group’s hotels. More recently, the talk of the town has been French Riviera, located on the waterfront at Jumeirah Al Qasr.
Other famous hot spots included Ripe in Palm Jumeirah’s Nakheel Mall and Local Fire by the Mattar Farm. In the summer of 2020, Iris and the Mexican-inspired La Mezcaleria pop-ups opened respectively in the vacant locations of Gaucho in DIFC and Indie. Other pop-ups are now opening as alternatives for struggling establishments; 1484 By Puro on Jebel Jais in Ras Al Khaimah — named for its height of 1,484 meters above sea level — is one of them.
Pop-ups have proven so successful that the authorities in the UAE have decided to support the growing trend. The initiative “Proudly from Dubai” was launched in 2018 by Brand Dubai — the creative arm of the Government of Dubai Media Office — to help homegrown concepts raise their visibility. The department organized a pop-up event in partnership with One Central, Dubai World Trade Centre to promote the cuisines of eight Dubai-born outlets: 25’55’; Coppasta; Semisweet; Tres Marias Coffee Company; The Mattar Farm Kitchen; Simple; Lost Bread; and Karak Inc. The month-long event was held at the Outdoor Plaza next to DWTC One Central Building.

Saudi festivals play their part
Pop-up restaurants have been met with great enthusiasm in Saudi Arabia as well and have become popular thanks to the Jeddah and Riyadh Seasons. In 2019, international names Nobu, London’s Signor Sassi and Nusr-Et signed up for the Jeddah 45-day festival. The steakhouse belonging to the renowned Turkish chef Salt Bae made headlines for charging USD 333 for a gold-crusted steak and USD 46 for a regular burger.
Nobu also opened another short-term outlet in Riyadh, which at the time of its opening was boasting a 10,000-name waiting list. The much-loved Peruvian restaurant Coya — which has branches in Dubai and Abu Dhabi — temporarily opened in Riyadh last year. Blac is currently offering burgers in Al-Khobar, and Chkn- Pop Up serves fried chicken in the capital.
Last year’s three-month Oasis Riyadh festival featured new names on the popup scene, such as: Nammos, a concept from Mykonos; Japanese outlets Zuma and Roka; and the Latin American kitchen Amazonico, which already has a restaurant in Dubai.
The pop-up scene in Kuwait is less prolific. In 2016 Tiger Tiger, a five-day Asian-fusion concept was launched by the owners of Ora Japanese restaurant, while Lebanese- Armenian brand Batchig also debuted in Kuwait City for five days a couple of years ago.