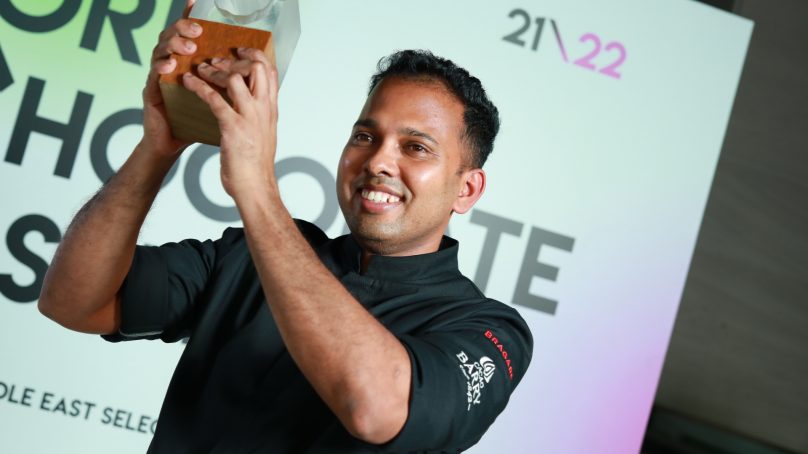 The Middle East has its Chocolate Master 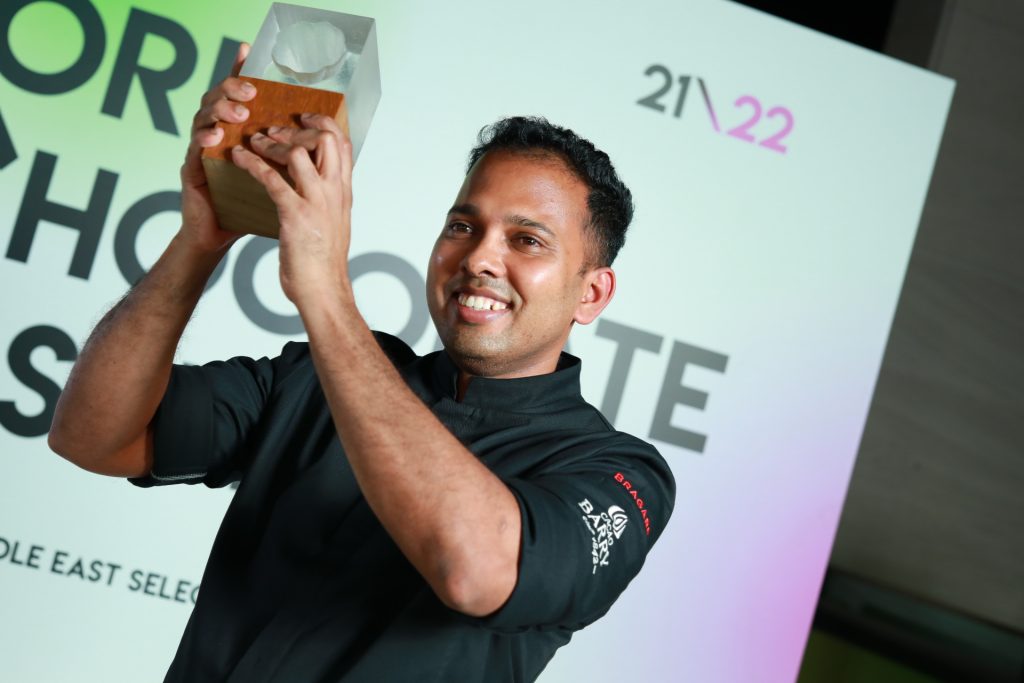 Cacao Barry, the French gourmet chocolate brand of Barry Callebaut Group, today announced that the search for the Middle East World Chocolate Masters (WCM) has come to an end with Chef Dilip Kumara being named the winner. Kumara will go on to compete with 22 other finalists from 5 continents at the three-day World Chocolate Masters finale scheduled to be held in Paris, France in October 2022.

Held under the theme #TMRW_TASTES_LOOKS_FEELS_LIKE, the Middle East edition Graduated from the National Apprentice Board Sri Lanka in 2006, Chef Kumara has over 15 years of experience at several luxury international hotel brands and also has been recognized with many top international medals in culinary competitions.

As part of the World Chocolate Masters, Dilip created four award winning creations that were all elaborated under his idea of ‘the symphony between nature and technology’ while staying relevant under the overall theme of #TMRW.

Commenting on the well-deserved win, Chef Kumara, said: “It is an honor to be conferred with such a prestigious accolade. Going head on with such amazing chefs was an experience of a lifetime. In my view, the World Chocolate Masters will serve as a stepping stone for my career and offer me the needed recognition to make a robust name for myself in the market. I look forward to competing with leading global chefs in Paris and showcasing my skills on a global forum.”

Ryon said: “I am thrilled to be part of the World Chocolate Masters competition for the second time around. Over the four assignments, we have witnessed incredible creativity and even though all six chefs surpassed our expectations, we could only choose one winner. From my experience back in 2019, I believe there has been a huge boost in the level of skill and technique. This trend will have a positive knock-on effect on the quality of chefs emerging from this part of the world, thereby solidifying the Middle East’s position as a budding F&B hub.”

Chef Charles Azar, Cacao Barry Ambassador and Jury member, said: “I’ve expressed before that the World Chocolate Masters Middle East selection holds a special place in my heart. It has been an absolute pleasure to return as a judge and collaborate with the finest chefs in the world to assess the six participants that have been training for the past 18 months. I’d like to congratulate Dilip for winning and would like to stress that his ability and flair is a testimony to the Middle East’s talent pool especially in the pastry and chocolate space.”

The competition was first announced in October 2019 and received a significant number of entries from across the Middle east. A selection of seven chefs were then shortlisted to be part of the final live showdown held at the Chocolate Academy Dubai, located in Downtown Dubai. Set up with a view to promote regional faces within the pastry and chocolate industry, the competition in October will serve as a springboard for creative chefs to compete with international chefs and showcase their creativity on an international platform.