Protected: A passion for marketing with tamer

Protected: Boutique hotels and guesthouses: swimming against the current

Protected: A passion for marketing with tamer

Protected: Boutique hotels and guesthouses: swimming against the current 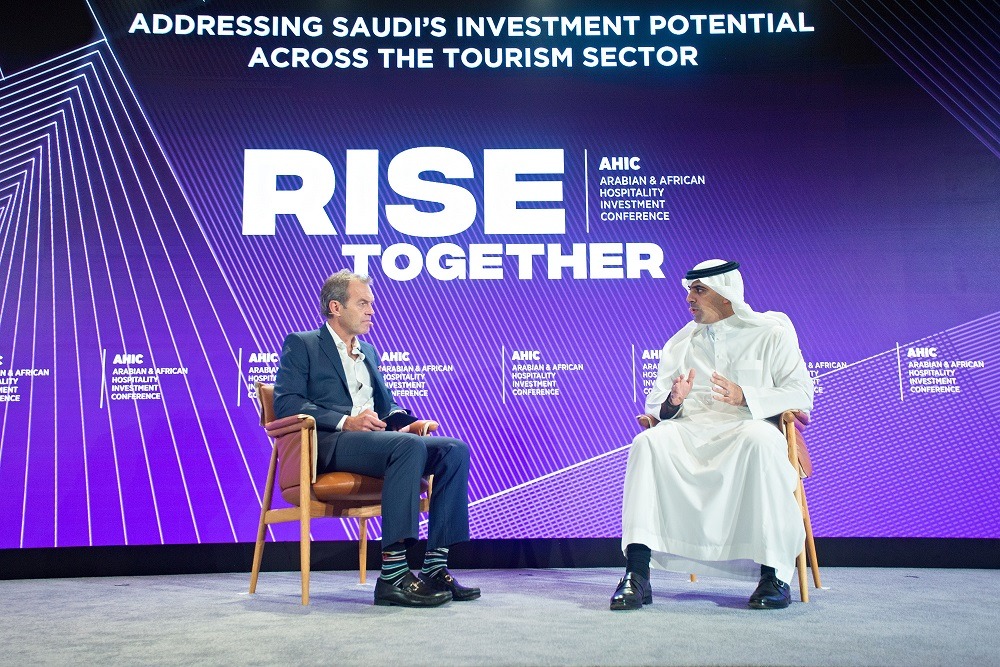 The 17th edition of the Arabian and African Hospitality Investment Conference (AHIC) welcomed 800 delegates from 54 countries to the live and in-person event.

The AHIC debate addressed investment potential in Saudi Arabia, hospitality products in Africa, human capital and company culture, new technologies, experiential luxury, diversity in the workforce, and how to catalyze the movement for change within global hospitality.

Mahmoud Abdulhadi, deputy minister for investment attraction at the Ministry of Tourism, Kingdom of Saudi Arabia, spoke about the mammoth potential for hospitality investment, as the kingdom seeks to achieve three major tourism goals: to employ one million people in tourism over the next 10 years; for the tourism sector to contribute 10 percent of GDP by 2030; and for Saudi Arabia to become a top five destination globally, with 100 million visits by 2030.

Sustainability formed a key pillar of the content throughout AHIC 2021, with the finals of the Sustainable Hospitality Challenge, an initiative by Hotelschool The Hague, a highlight. Six finalists presented their sustainable innovations for “Future Cities 2050” to a C-suite jury and 800 industry leaders, with the team from Ecole hôtelière de Lausanne winning the challenge for their business model for SEVCCO (Shared Economic Value through Co-living Cooperative Opportunities), a community living project, centralised and operated by hospitality companies.

Brune Poirson, chief sustainability officer for Accor, presented the award on behalf of Sébastian Bazin, chairman and CEO of Accor, who invited the winners to Accor’s headquarters in Paris and announced that Accor had joined the Sustainable Hospitality Alliance.

AHIC’s contribution to the global hospitality industry was recognized by the secretary-general of the UNWTO, Zurab Pololikashvili. The secretary general said: “Closing borders and skies across the world, Covid-19 caused devastation to our global industry. Since the beginning of the pandemic, you as a group of leaders stepped forward to ensure that our industry stayed connected, informed, innovative and inspired.”

AHIC provided the launch platform for a number of hospitality startups and was the venue for several new hotel signings and industry announcements, summarized below.

Hoteliers and entrepreneurs Chris Nader and Noelle Homsy unveiled ENVI Lodges, the GCC’s first home-grown luxury experiential eco-lodge brand. ENVI offers three types of accommodation all built with low impact on the environment, with a pipeline of projects under negotiation in the UAE and KSA.

Accor will add a new flagship property to its portfolio in Africa with Fairmont Djibouti, being developed by Carnegie Hill Hospitality, set to open in 2024.

Industry change-makers Michael Levie and David Keen have joined forces to create an incubator to catalyse transformation in global hospitality. KUBE Ventures will create and partner with start-ups, with the intention to overcome hospitality’s greatest challenges by fostering new entities that dare to innovate.

IT Hospitality announced the opening of its new office in Dubai, a strategic Middle East hub to enable the group to design, integrate, bundle and support wired and wireless infrastructure service to even more hotel groups across the Middle East and Africa.

Hilton’s pipeline has grown to 146 hotels and over 35,000 rooms in the region and its flagship Hilton Hotels & Resorts brand leads the way as the MEA region’s largest pipeline brand by number of rooms according to latest STR data.

Global expansion for The London Project

Dubai homegrown dining destination, The London Project, revealed plans for expansion in the UAE and internationally, with outlets confirmed to open in Dubai Marina and London’s Canary Wharf next year, followed by Miami and Barcelona in 2023 and a second location in London. The London Project’s second UAE outpost is a three-floor venue penned to open in March 2022, while in London it will take the form of a floating multi-level venue in Water Square, Wood Wharf.

Ian Ohan, founder and CEO of KRUSH Brands in the UAE, announced the launch of Locale, a community of quality local food brands, people and innovators who have come together under the idea of developing a better, more sustainable, food ecosystem. Unveiled to the GRIF community, Locale provides an alternative to third party aggregators, helping brands take it back with Krush Brands’ proprietary technology and delivery service, seamlessly integrated with operations.

In a surprise presentation on stage, Anita Mendiratta, special advisor to the Secretary General of the UNWTO, awarded AHIC founder Jonathan Worsley, chairman of Bench, with a letter of special thanks for keeping the hospitality and tourism industry connected, informed, innovative and inspired from the outset of the pandemic.

Rise Up is Dubai’s first food accelerator contest designed to find the best and brightest culinary talents and entrepreneurial thinkers in the UAE. Powered by Krush Brands, the winners will receive coaching, and get access to a long list of industry experts available to provide unique assistance in build, fit-out, marketing, menu development, business advice and more.

Accor announced the signing of the first Novotel in Madinah, KSA. In a partnership with Taiba Investments, Accor plans to open a 394 key-property in the city, with three F&B outlets as well meeting rooms and retail space. Accor and Al Hamra signed a deal for first Sofitel in RAK. The property will open in 2023. Accor has also joined the Sustainable Hospitality Alliance. Sébastian Bazin, chairman and CEO of Accor, announced that the group has joined the alliance, which is a global organization that brings together engaged hospitality companies and uses the industry’s collective power to address and tackle key challenges affecting the planet and its people.

Global hospitality management firm Valor Hospitality Partners announced its recent partnership with CityBlue Hotels in East Africa, owned by The Diar Group. Under a long-term arrangement, the new joint venture, to be called Valor Diar, will initially operate Divine Residences by CityBlue in Riverside, Nairobi – developed by Vaal Real Estate – which is set to open in April 2023.