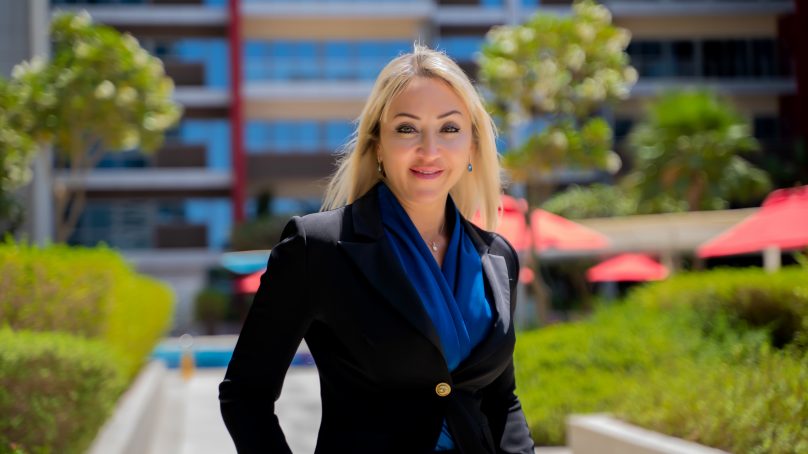 A seasoned hotelier, with over 20 years of experience across the globe, Tsolakou was GM of Centro Barsha by Rotana, Dubai, from 2013 to 2015 and held the same post at Khalidiya Palace Rayhaan by Rotana, Abu Dhabi, from 2015 to 2019.

Prior to her GM posts at Rotana, she worked in Indonesia, Djibouti, Egypt and the UAE, taking on leadership roles with renowned hotel brands including Kempinski Hotel Group, The Legian Hotels and Emirates Palace. She was subsequently appointed GM of Address Dubai Marina Hotel & Residence and later joined Aldar as GM of Yas Mall.

Before moving to Park Rotana, Tsolakou was part of the opening team of The WB Abu Dhabi, Curio Collection by Hilton and Double Tree by Hilton Abu Dhabi as the cluster hotel manager. Her educational qualifications consist of a bachelor’s degree from her native country, Greece, as well as a master of science degree from the University of Sheffield Hallam in the UK and a diploma from Harvard Business School in the US.

Fluent in English, German and Greek, Tsolakou is known for her creative flair, excellent leadership skills and exceptional business acumen.

Commenting on her appointment, she said: “I am delighted to be back in Rotana. It is indeed an exciting opportunity for me to manage the Park Rotana complex, made of the award-winning Park Rotana Abu Dhabi, Park Arjaan by Rotana, and Park Residences. As the first female general manager to look after Park Rotana, I look forward to working with the property’s amazing team, introducing innovative ideas as we strive to be the best hoteliers we can be, and achieving our intangible and commercial goals.”