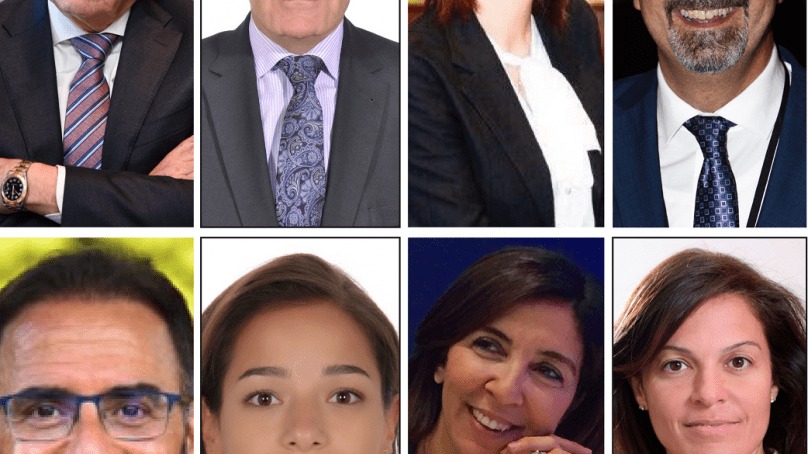 Powered by Hospitality News Middle East and funded by the USAID Lebanon Enterprise development (LED) project, Hospitality News Talks held its 12th virtual roundtable on April 28 — “How travel agencies and tour operators in Lebanon can adapt and innovate.” The online session, the final in a series of talks moderated by Hodema consulting services, welcomed a panel of travel agents, tour operators and tourism experts to discuss the current state of the industry and how to attract visitors to Lebanon.

Abboud, who has worked in the hospitality business for the past 25 years and has served as president of ATAL for the past 15 years, provided a brief summary of the industry and the work of the association. “ATAL was founded in 1949. It is considered the national body representing travel agents and aims to protect their interests.” He added that there are 620 certified agencies in Lebanon and more than 500 agents who are operating illegally. Furthermore, there are 54 incoming tour operators and 40 outbound tour operators.

Speaking about the local market, Abboud said that it has shrunk by around 80 to 85 percent. “Covid-19 coupled with the devaluation has led us to a miserable situation. Before 2019, we used sell 65 million dollars worth of products a month. At the start of 2020, we were selling just five million dollars a month. The airport is operating at 25 percent capacity, and airlines are operating at around 30 percent.”

He said that the Ministry of Tourism has not been doing its job and is a “pain point” in the industry. He stated the need for an action plan. “We have to recreate the tourism board and develop a new niche.”

Nasser said that the challenges in Lebanon are many. “Even after October 2019, we were doing well. It was the pandemic that really affected us. We had to revise our offering and adapt.” He added that the company was able to retain 95 percent of its workforce and that they have registered their staff in the vaccination program.

He mentioned that Saad has PR offices abroad and has been doing a lot to train agencies and educate them about Lebanon. “What we really need is a strategy for our tourism sector. We need to have good branding. Even though the country has its ups and down, tourism security has never been an issue. Our infrastructure is also not a hindrance, as other countries with poorer infrastructures have healthy tourism industries.”

Nasser’s main recommendations were to drop the ego, sit around a table and join forces to create a body to push the sector in the right direction.

A specialist in MICE events, Ghanem said that it took some time to realize the long-term effects of the pandemic. “Once we understood the situation, we shifted to online meetings and found virtual solutions. We encouraged pharmaceutical companies and other clients to engage in digital sessions and webinars. According to the feedback we received from clients, we acted accordingly. With the ease of the lockdowns, we have been able to put together hybrid events.”

Ghanem stated that the private sector has been chiefly responsible for positive changes. “At some point, the MoT was listening and trying to support us. However, all the work is being done through private initiatives. Tourism is a big employer. If we work, other industries work.”

She said that there is a tendency to ignore the bigger picture. “In Lebanon, we always think about short term, while other countries often think long term. We need to learn, work together and support the sector.” She added that it is unfair for Lebanese to pay the same price as foreigners, as it is not the other way around in other countries like Turkey and Egypt. “We do not need the government to organize us and implement the touristic dollar; we only need to establish a gentleman’s agreement between us.”

Rida said that trainings and virtual tours had been conducted during the pandemic to educate agents overseas. “We have offices in the Middle East, in Brazil and Asia. We invested in educating people about Lebanon encouraged our clients to postpone and not cancel.”

Rida said that the company is seeing more demand from Europe. “The Europeans work years in advance, so we take risks when it comes to pricing because everything is converted against the dollar rate. We are promoting areas outside Beirut — towns and villages — and diversifying our income, helping areas beyond the capital.”

Kmeid said that the pandemic and economic crisis took a toll, but the company was able to retain its staff. “The Lebanese have the ability to overcome crises. Adapting and innovating are part of our DNA. The summer looks very promising, and I am confident that a lot of people will be vaccinated by June. It is vital to keep sharing positive news about the country.”

He said that the main issue is pricing. “It is frightfully confusing and very difficult to know what to charge. The whole sector is suffering because of this. Since last year we have been asking for the touristic dollar, which exists in countries such as Turkey and Egypt. The Ministry of Finance is not applying it.”

With regard to competition from OTAs, Kmeid stated that they cater to a completely different segment. “We offer a personalized service. Those looking for upmarket holidays and services go offline. The online industry, which is serviced by OTAs, is price oriented.”

Fakih said that Lebanon is in danger but can overcome it. “Covid-19 is the biggest problem the world is facing, but we were able to control it better than other countries. Lebanon’s airport never closed and is one of the few airports that remained operational.”

He reiterated the fact that tourists have always been safe in Lebanon and that summer 2021 looks promising. “Tourism is a goldmine in Lebanon. The country has everything: beaches, mountains, food and so much more. With the currency devaluation, it is now an affordable destination; we are currently even cheaper than Turkey.”

The panel agreed that the most pressing issue is the dollar rate and how to avoid losses. They said that a touristic dollar is the best way to protect the industry and ensure tourists pay in foreign currency. In addition, the panelists discussed the idea of a special price for locals at tourist sites, such as Jeita and Baalbeck, to encourage the Lebanese to discover their country.

They also said that forming a tourist board to promote Lebanon is fundamental and that the government cannot be relied upon. Branding Lebanon and creating a roadmap were highlighted. Lebanon has a lot to offer visitors, but the country needs to be advertised in the right way because many people still don’t know much about it. Spreading positivity is crucial. Those coming to Lebanon are not so much tourists but rather visitors. Targeting the Lebanese diaspora and expats is important.

The panelists also added that reassurance during these unusual times is critical, so Covid-19 hygiene measures must be applied and visitors must know that Lebanon is a “safe” destination.