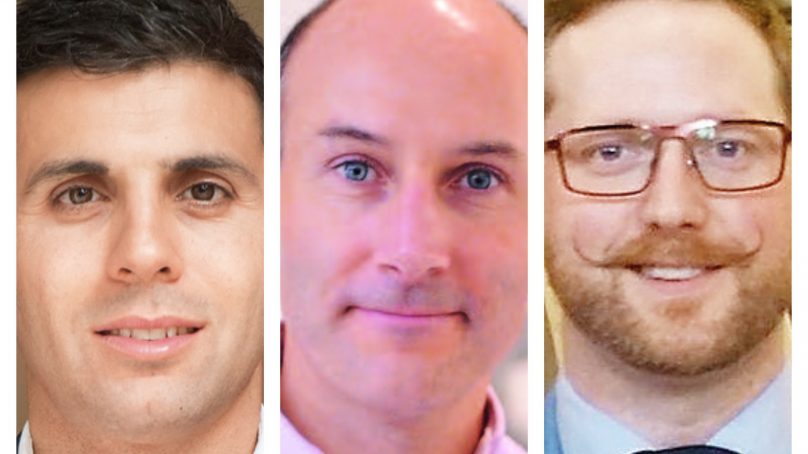 While Champagne evokes prestige and celebration, there’s so much more to this complex sparkling wine. We ask three professionals to share their insights.

What are the latest trends in Champagne?
Brands should combine heritage, modernity and the art of celebration. These elements allowed Moët & Chandon to break with tradition to create Ice Impérial, the first champagne specifically designed to be served on ice. With the Ice Impérial, Moët & Chandon created a champagne that can be savored at the beach or poolside, in large wine glasses, without concern for outdated codes.

What are your recommendations with regard to food and Champagne pairing?
The food pairing philosophy at Moët & Chandon calls for a cuisine that combines simplicity and salinity, and ties in a particular harmony of colors and textures that complement the Champagne’s chromatic characteristics, fruitiness and effervescence. Moet Imperial or Rosé Imperial are best paired with appetizers and light dishes rather than strong flavors or desserts. On the other hand, our Grand Vintage Champagnes are charismatic, mature and complex. Stimulating pairings include risotto al dente or piquillos marinated in garlic, mint and basil. More information can be found on our website: moet.com/en-us/foodpairing.

What distinguishes one brand of Champagne from another?
History, heritage and savoir faire have a lot to do with it. An important part of Moët & Chandon has been the company’s ability to continuously breathe new life into its glorious past. It has a 300-year track record of excellence.

What are the latest trends in Champagne?
It’s all about innovation and going back to basics. In terms of innovation, the pandemic has necessitated new business models for communication and sales, such as online tastings and sample boxes. When I say “back to basics,” what I mean is greater sustainability and responsibility in respect of vineyard practices and winemaking.

What distinguishes one brand of Champagne from another?
Iconic ambassador entry-level Champagnes embody the spirit of each house or the winegrower’s style. Even a single vintage, single grape or single terroir can be expressed in many different styles.

What should consumers pay attention to when selecting a bottle of Champagne?
There are Champagnes that are constant and there are those that are ephemeral. The constant Champagnes are always in stock. They include brands and/or styles that are familiar, so you know what you are drinking. In contrast, ephemeral Champagnes are unique, providing the consumer with an unforgettable experience.

How do you foresee the Champagne market looking in 2022?
Innovation will continue to be a hot topic, partly due to the continued effects of living in a Covid-19 era, and we will be hearing more about sustainability and the balance between production and demand.

TIM TRIPTREE
Master of Wine, international director of
wine and spirits at Christie’s

What are the latest trends in Champagne?
Champagnes produced in specific areas known as “cru” — Champagne has 17 grand and 44 premier cru sites — are becoming increasingly popular at auction, such as Salon Le Mesnil, Krug’s Clos du Mesnil. In production terms, there has been a trend of decreasing dosage levels in recent years, with Brut typically having around seven or eight g/l of sugars added at disgorgement, compared to 10 or 11 g/l a few years ago. This is related to an increase in the use of reserve wines for Brut NV Champagnes. In fact, I wrote my Master of Wine research paper on the increased use of reserve wines in Brut NV and discovered that typically, reserve wine proportions had increased from an average of 22 percent to 33 percent over a period of two decades. Higher proportions of richer and complex reserve wines has resulted in fewer sugars to mask the raw base wines from the most recent vintages, which constitute the majority of the blend in Brut NV. Grower Champagnes are now more popular. Some of the top producers include Jacques Selosse, Agrapart, Eric Rodez, Cedric Bouchard and Ulysee-Colin.

What are your recommendations with regard to food and Champagne pairing?
Champagne is extremely versatile in food pairing due to the variety of Champagnes available, which range from bone dry (Brut Nature) to sweet (Doux) styles. For example, Brut Nature Champagnes with zero dosage go well with sashimi, sushi and oysters. Fresh seafood pairs excellently with a Blanc de Blancs Champagne. Vintage Champagnes are robust and complex enough to pair with richer dishes, such as roast pheasant, pigeon and quail, as well as the classic match with roast chicken and fish and chips. Sweeter styles of Rose NV Champagne can be enjoyed with strawberry-based desserts, or you can have a demi-sec with crème brulee. My personal favorites include smoked salmon and scrambled eggs on toasted sourdough with a vintage rose and bottle aged vintage Champagne with a 24-month aged Comte cheese.

What distinguishes one brand of Champagne from another?
Champagne brands use different techniques to produce unique styles, such as exclusively from Chardonnay — such as Salon Le Mesnil — or dominated by Pinot Noir — such as Pol Roger’s Sir Winston Churchill.

What should consumers pay attention to when selecting a bottle of Champagne?
Founded in 1766 by James Christie, Christie’s has conducted the greatest and most celebrated auctions through the centuries, including some of the finest and rarest wines and spirits from around the world.
When purchasing Champagne, consider the various houses. For example, a Pol Roger, a Krug, a Bollinger and a Cristal. Houses age their Champagnes for differing periods of time on the dead yeasts that cause the second fermentation in bottle and the fizz (lees ageing). The minimum requirement for non-vintage Champagne is 12 months on the lees and three years for vintage, but in practice, the top Champagnes are aged for much longer. This has an effect on the flavor profiles, with complex overtones of brioche and toast from the long period of aging on the lees (called autolytic ageing). Although top champagnes are only produced in exceptional years, some vintages are better than others. In 2003, for example, atypical hot weather led to few houses releasing a vintage. In 2002, however, nearly every house released a vintage — a clear indicator of an exceptional year.
How Champagne is served is another crucial element. Coupes and flutes are traditional, but many experts find vintage Champagne is best enjoyed in a conventional wine glass.

How do you foresee the Champagne market looking in 2022?
Champagne is appearing more frequently at Christie’s Fine & Rare wines auctions, and I expect this trend to continue. The very best and most expensive Champagnes are single-vintage prestige cuvées that include names such as Krug Clos du Mesnil, Clos d’Ambonnay, Louis Roederer’s Cristal, Dom Pérignon and Salon Le Mesnil. In the last five to 10 years, smaller grower-producers have seen a rise in popularity — particularly among expert collectors who really know their Champagne. Champagne should be an important part of every wine collector’s cellar.